“It has always been the goal (to win gold in Doha),” Holloway explained to Steve Landells of IAAF.org. “When I started this season in a University of Florida uniform, I think in the back of coach (Mike) Holloway’s (no relation) mind and my mind we would make it through to October (and the World Championships). The blood, sweat and tears, it has been a long grind. We had a goal with NCAA indoors and then transitioning to outdoors. Then after the (college) outdoor season ended we talked about what we should do.”

Holloway, who starred at Grassfield High School in Chesapeake, turned professional in June after a record-breaking career at Florida. Grant’s fellow Grizzlies, students, teachers and administrators, watched him win the race – and posted the video on Twitter.

“When I was younger I always missed junior team by one spot but I dreamed of holding the American flag,” Holloway told IAAF.org. It just shows when you put your mind to something, hold yourself accountable and never give up on your goals, what you can achieve.” 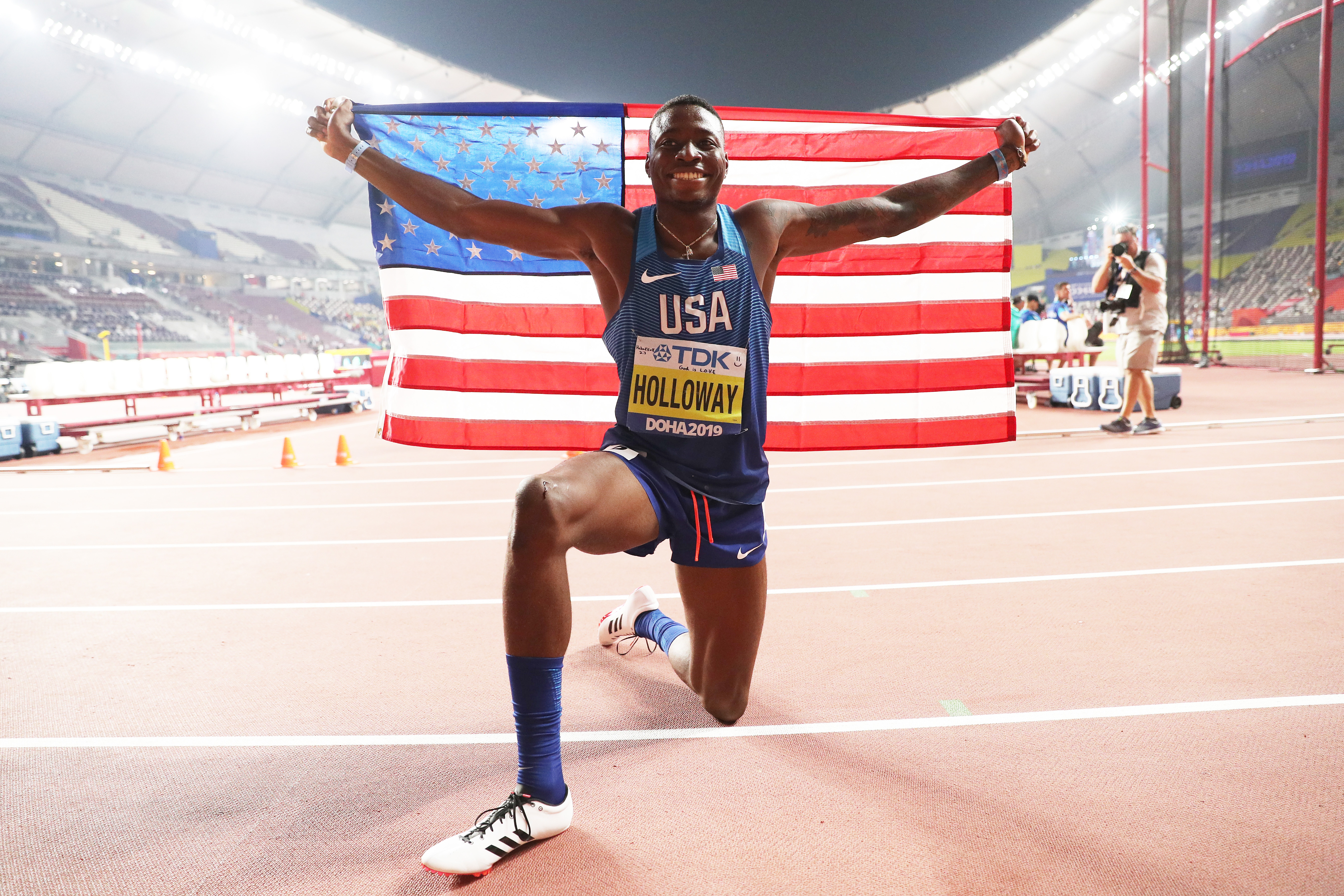