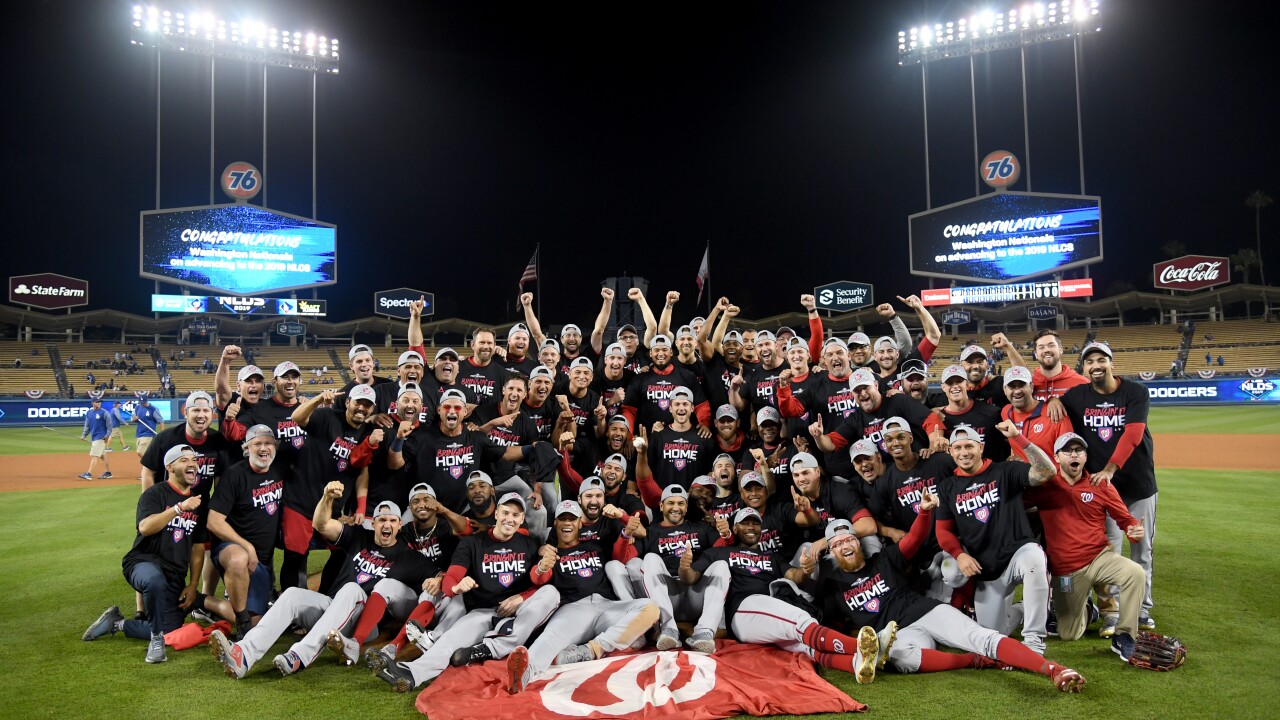 Friday, the Washington Nationals open play in the 2019 National League Championship Series after advancing in the postseason for the first time since the 1924 Washington Senators. And it hasn’t been without drama.

According to Dan Kolko of MASN, the Nationals are the first team in MLB history to overcome two three-run deficits in separate postseason elimination games – and win both.

“Like I said all year, the boys are just, they’re relentless, they never quit,” Nationals manager Dave Martinez said Thursday. “So we’re getting on a plane, we’re headed to St. Louis to play for a championship. So I told the boys to just keep it going. We have done this before, they understand how to get back into that groove. And you see it every day with these guys, I mean they’re a lot of fun, a lot of fun to watch, a lot of fun in the dugout, so let’s just keep it going.”

Games one and two of the best of seven NLCS will be played in St. Louis. The series then shifts to Washington where the Nats will host the first Championship Series games ever played at Nationals Park.

“They’re a really good team with some guys that have been through this before,” Nationals first baseman and Virginia Beach product Ryan Zimmerman said Thursday. “Their catcher [Yadier Molina] is one of the best players of our generation. It’s not going to be any easier than what we just had to do in this first round. They have some guys with a ton of experience, a ton of talent, and it should be a fun series. I think all of us are looking forward to it and we know it’s not going to be easy.”

Nationals vs. Cardinals in game one of the 2019 NLCS is set for 8:07 p.m. Friday. Anibal Sanchez will start for Washington while Miles Mikolas will start for St. Louis.