Locals upset after loss of The Cotton Gin in Currituck County 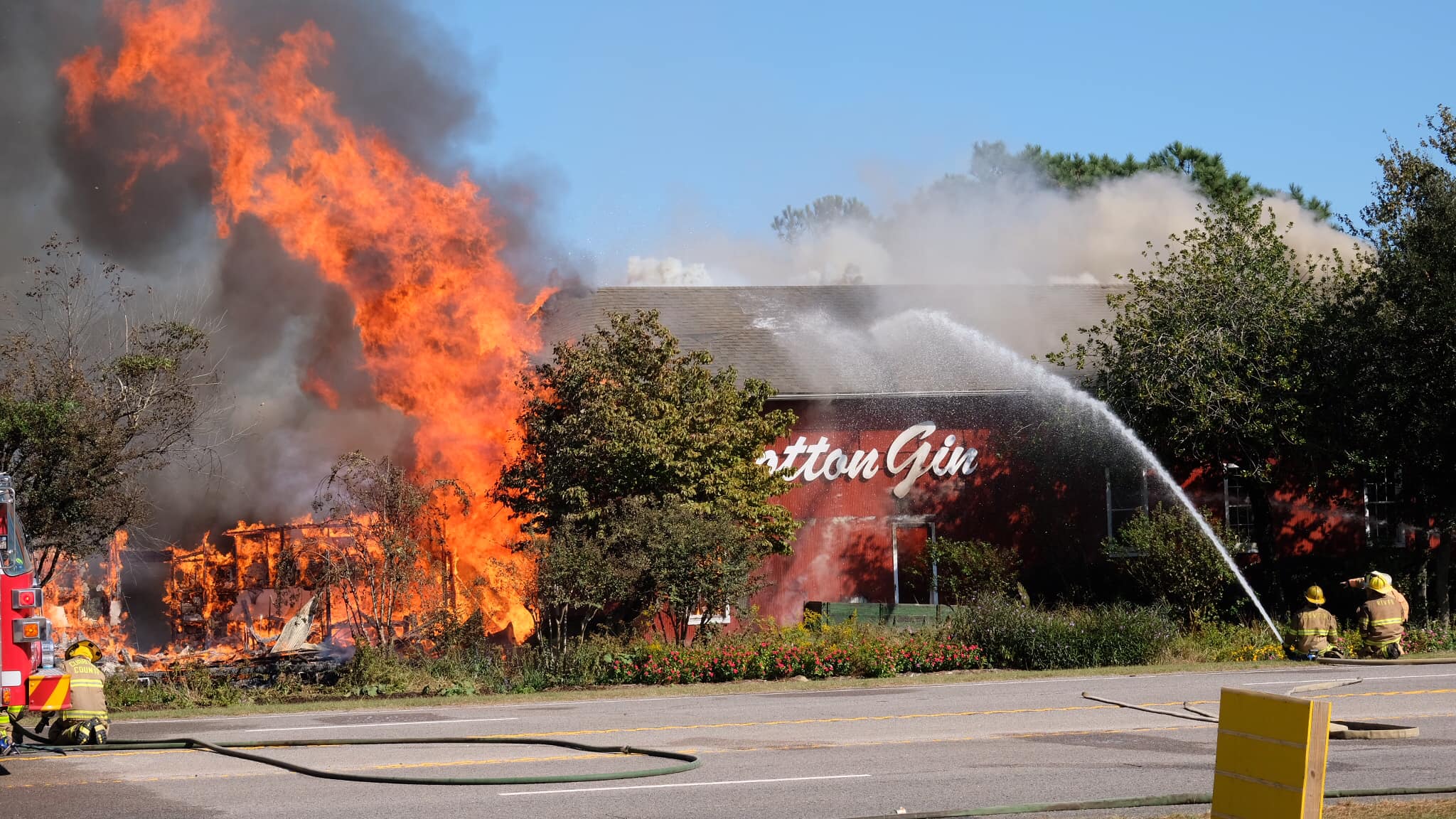 The call for the fire came in around 1:38 p.m. and the first arriving units were on the scene around 1:48 p.m., where they saw flames coming from the roof of the building.

Locals nearby said the loss of the Cotton Gin is a devastating loss to the small town.

“It’s been about a year since I’ve been there but it’s going to be missed,” Donna Griggs, a local resident, said.  “I cried when I heard about it”

She recalled the decorations and lights the Cotton Gin had. She said she was upset that her granddaughter would not be able to experience what was the decades-old store.

She had dinner with her husband at BJ’s Carolina Cafe, just down the road from where firetrucks lined up along Route 158. Benjamin Beasley, the owner of the cafe, said he was in panic when he saw the fire.

“It actually startled me,” Beasley said. “I drove to work this afternoon about 1:30 in the afternoon and I saw the fire coming out and the fire trucks there.”

He said his heart broke, and he feels for the family who own the Cotton Gin. Beasley said they visit his diner often.

“The cotton gin, we’re in a co-op,” he said. “There’s not much here in Jarvisburg. It’s pretty much just us and them that are the year-round businesses that are here.”

Beasley said he hopes the owners can rebuild, but that “it’s going to be very strange to drive by with it not open tomorrow.”

As of Sunday, there have been no injuries reported and the cause of the fire is still under investigation.

This is as close as we can get, Portions of Caratoke Highway closes between Fisher’s Lansing Road and Hickory Hill Road in Jarvisburg. Smoke can still be seen coming from the location of the Cotton Gin. pic.twitter.com/b1d9OKJOTg