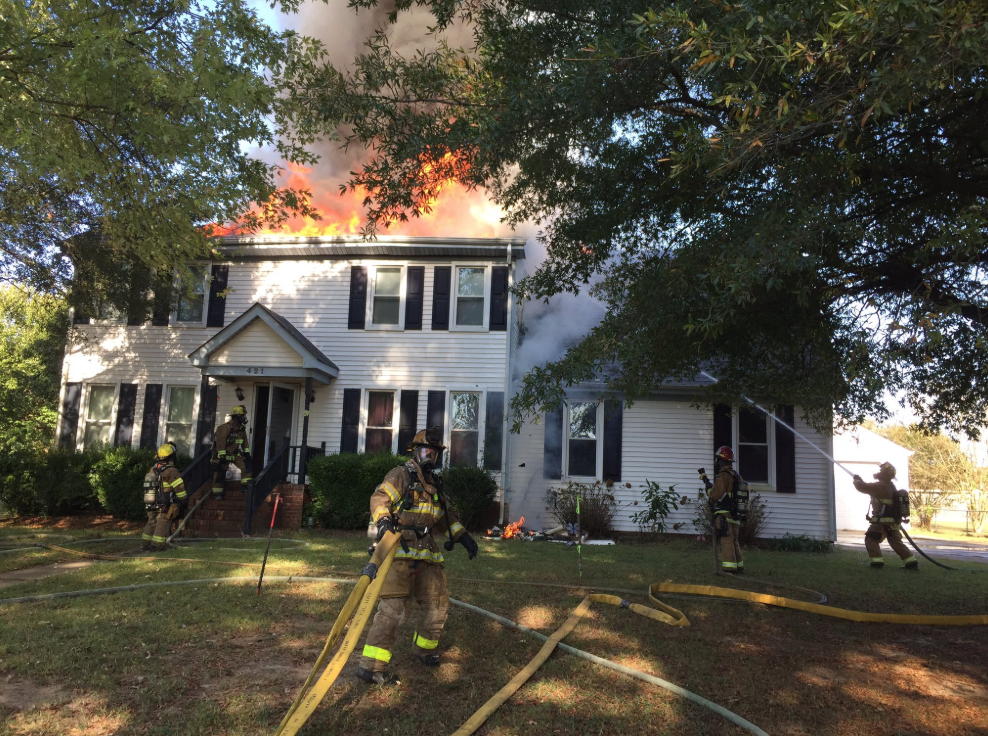 CHESAPEAKE, Va. – A family of four is displaced Saturday afternoon after a fire damaged their Great Bridge home.

Reports say that firefighters were called to the scene in the 400 block of Slate Street around 3:26 p.m., after neighbors reported seeing smoke and flames coming from the roof.

No one was home when the fire started. Two cats were rescued from the structure and no injuries were reported.

No injuries were reported during the incident and the cause of the fire is still under investigation.

The structure fire in the 400 Block of Slate Street has been brought under control and crews are still operating on the scene. Two cats were rescued from the structure and no injuries were reported. pic.twitter.com/50qE2MVtc8