The program will be taught entirely in Spanish by the department's own officers. The department said the program is its way of reaching out to the Latino Community and to help them understand how the VBPD can better serve them as a department.

“I think our community is scared of reporting any crime," Monica Suarez, a Virginia Beach resident, said. "Either if they’re documented or undocumented, they need to know to contact 9-1-1 and they don’t do it because they’re scared to get in trouble.”

“As a community we have to join and be together to integrate into this society," Suarez said.

Suarez has lived in Virginia Beach for two years and is one of 70 Latino residents who signed up for the program. According to the United States Census Bureau, the Latino population in Virginia Beach is 8.3 percent and Master Senior Officer David Nieves said that number is growing.

Nieves is one of the officers heading the new program. He said Latino residents may have anxiety calling the police depending on their legal status in the United States, the language barrier, or are just not sure what to do.

"Some people come from countries where the police aren’t as professional as American police, they just don’t know how to react or how to take them and they are afraid," Nieves said. "We want to make sure they’re not afraid of the police, but we are here to help them.”

Nieves said legal status does not matter in order to join the program. Some of the topics the program will teach include: Rights as an individual in the United States, community commitment, basic law, patrol techniques, recruitment, among other topics. The lecture days are shown below. 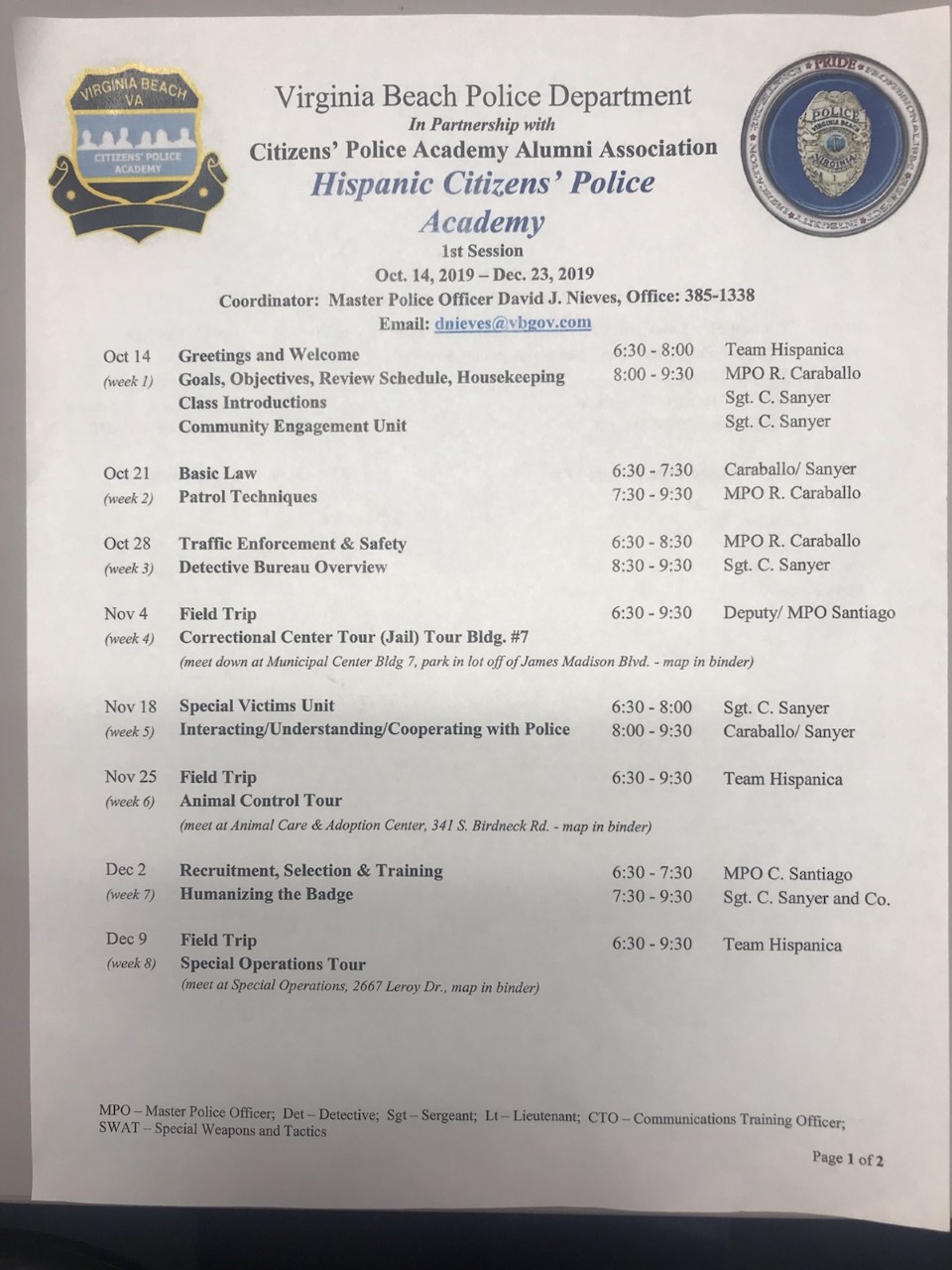 The police department posted flyers across the city at Latino-owned businesses to get people to sign up. Suarez said she knows people who signed up and is looking forward to the program.

“I have so many friends and so many people that I have heard that are excited to go to these classes tonight," She said.

The program meets every Monday starting Oct. 14 and goes through Dec. 2. The program begins at 6:30 p.m. and goes until 9:30 p.m. at the Seatack Recreation Center located at 141 South Birdneck Road in Virginia Beach.