HAMPTON, Va. – The Hampton Police Division said that a man was killed in a shooting early Saturday morning.

According to police, the call for the shooting came in at 4:15 a.m. When police arrived at the 1100 block of W. Pembroke Avenue, they found the victim, identified as 40-year-old Gregory Blythe. Police say Blythe had been struck by gunfire while sitting in a vehicle.

Blythe was pronounced dead at the scene.

Ellerbee and Wright have warrants on file for murder, using a firearm in commission of a felony, possession of a firearm by a convicted felon and shooting into an occupied vehicle.

If you or someone you know has information in this case that can help police, take action and call the Crime Line at 1-888-LOCK-U-UP or submit a tip using the P3Tips app. 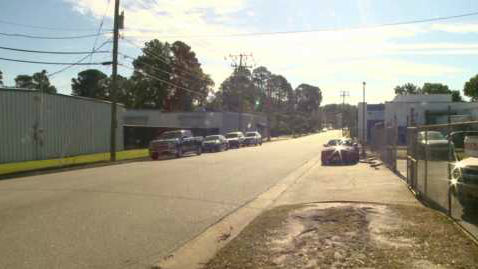 HPD is on scene of a shooting in the 1100 block of W. Pembroke Ave. One male victim pronounced deceased on scene. Call received at 4:15 a.m. No further info at this time.