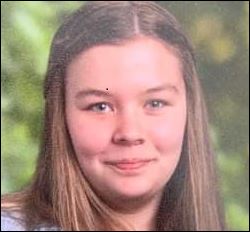 CAROLINE Co., Va. – The AMBER Alert for a 14-year-old girl Louisa County girl who was abducted this week has been canceled, according to CBS 6 in Richmond.

On October 30, authorities say Isabel Shae Hicks has been found safe. She was reported missing after she was last seen at her residence in Bumpass, Virginia, at 1 a.m. on October 21. She was believed to be in extreme danger.

On October 29, WTVR reported that a manhunt was underway after the two were reportedly spotted in Montpelier. They were stopped in a vehicle in Caroline County, the station said. Neither Hicks nor Lynch were injured during the traffic stop.

State Police said Lynch has been taken into custody.