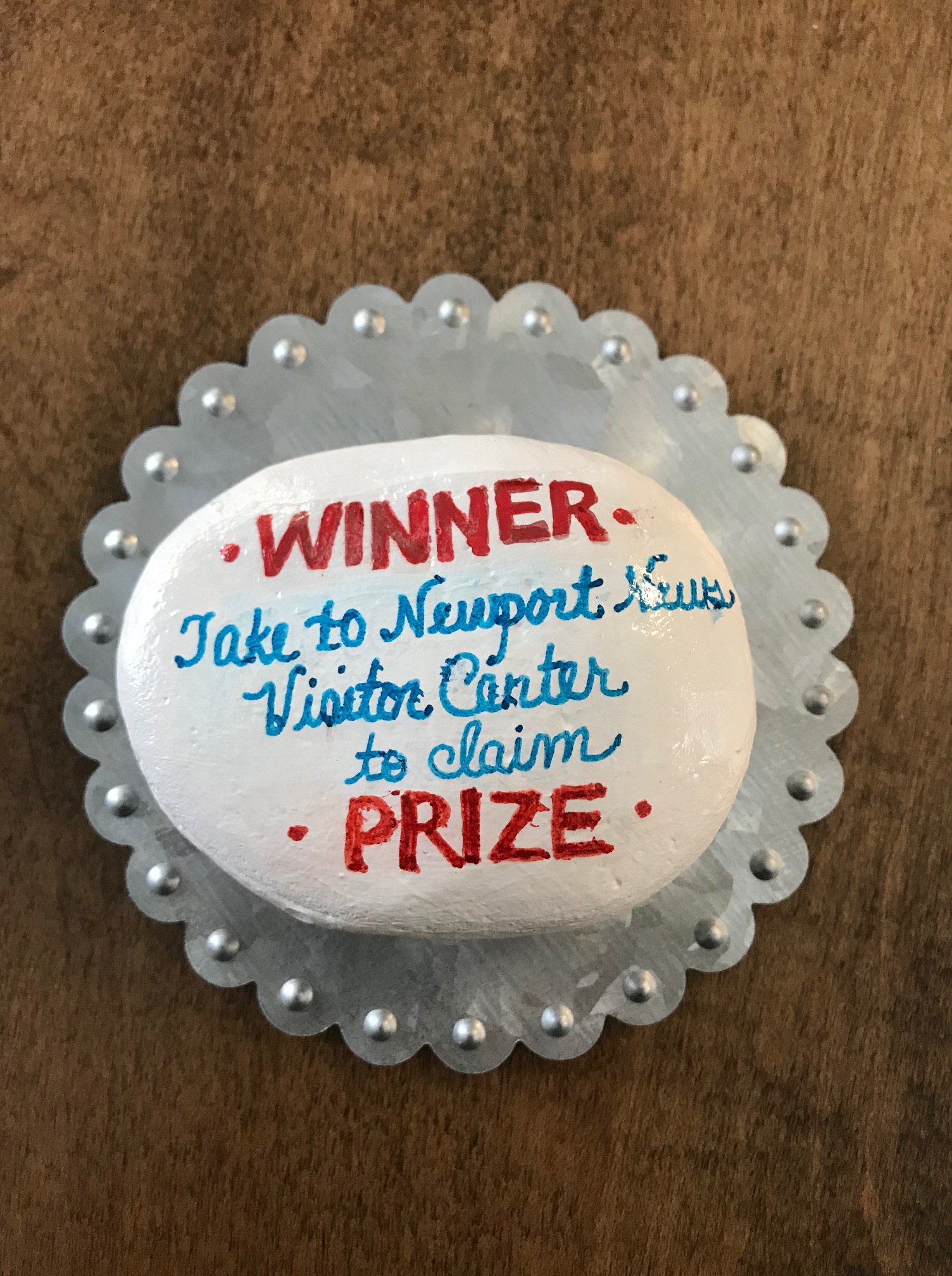 NEWPORT NEWS, Va. – Behind every rock, there’s a story.

Earlier in October, the City of Newport News’ Tourism Office painted more than two dozen rocks with familiar Newport News landmarks – such as the Victory Arch, City Hall and the Virginia War Museum – and hidden in strategic spots throughout the city.

Instructions on the back of the rocks ask anyone who finds the rock to take a picture of it, share it on Facebook on the LoveNNRocks page and re-hide it anywhere they want – even out of the state or in another country!

To add a little bit more excitement to their social media campaign, the office painted one special rock all white with the “LOVE NN” logo, written in turquoise and featuring a red heart. This is the grand prize rock, and the person who finds it will receive a VIP Passport, which gives two people complimentary admission to all attractions in Newport News.

As a way to further spread love throughout the city, the public is encouraged to hide their own hand-painted, Newport News-themed rocks (with instructions on the opposite side to share on Facebook on the LoveNNRocks page).

But, before you hide your own works of art, remember to post the rocks to the Facebook page and share a memory of the particular scene you chose to paint, telling the office why it is meaningful to you.

To see some of the rocks and the stories associated with each one, like and follow LoveNNRocks on Facebook. Followers will be given clues regarding the hiding place of the grand prize rock.

Call the Newport News Visitor Center at (757) 886-7777 or visit them at 13560 Jefferson Avenue (at the entrance to Newport News Park) for more information. The Visitor Center is open seven days a week from 9 a.m. to 5 p.m. except on Thanksgiving, Christmas and New Year’s Day.