Gold Star Mom Zelda Billingsley got a car refurbished by technicians at Caliber Collision-Virginia Beach, who volunteered their time as a community service.

Caliber Collision and GEICO honored her sacrifice by presenting the keys to the car.

Her son, PFC Tramaine Billingsley, died in Afghanistan in 2010. He was one of Zelda's six children.

In addition to struggling emotionally and financially after Tremaine's death, Zelda is dealing with health issues, including being diagnosed with diabetes. Over the last six years, three of Zelda's siblings also passed away.

Still, she managed to stay strong, completing a college degree and finding a full-time job as an accountant.

Her old car, which she shared with her daughter, had more than 100,000 miles on it and suffered multiple mechanical issues. With her new car, she'll be able to drive to Arlington National Cemetery to visit Tramaine's gravesite and her 16 grandchildren who live in Northern Virginia. 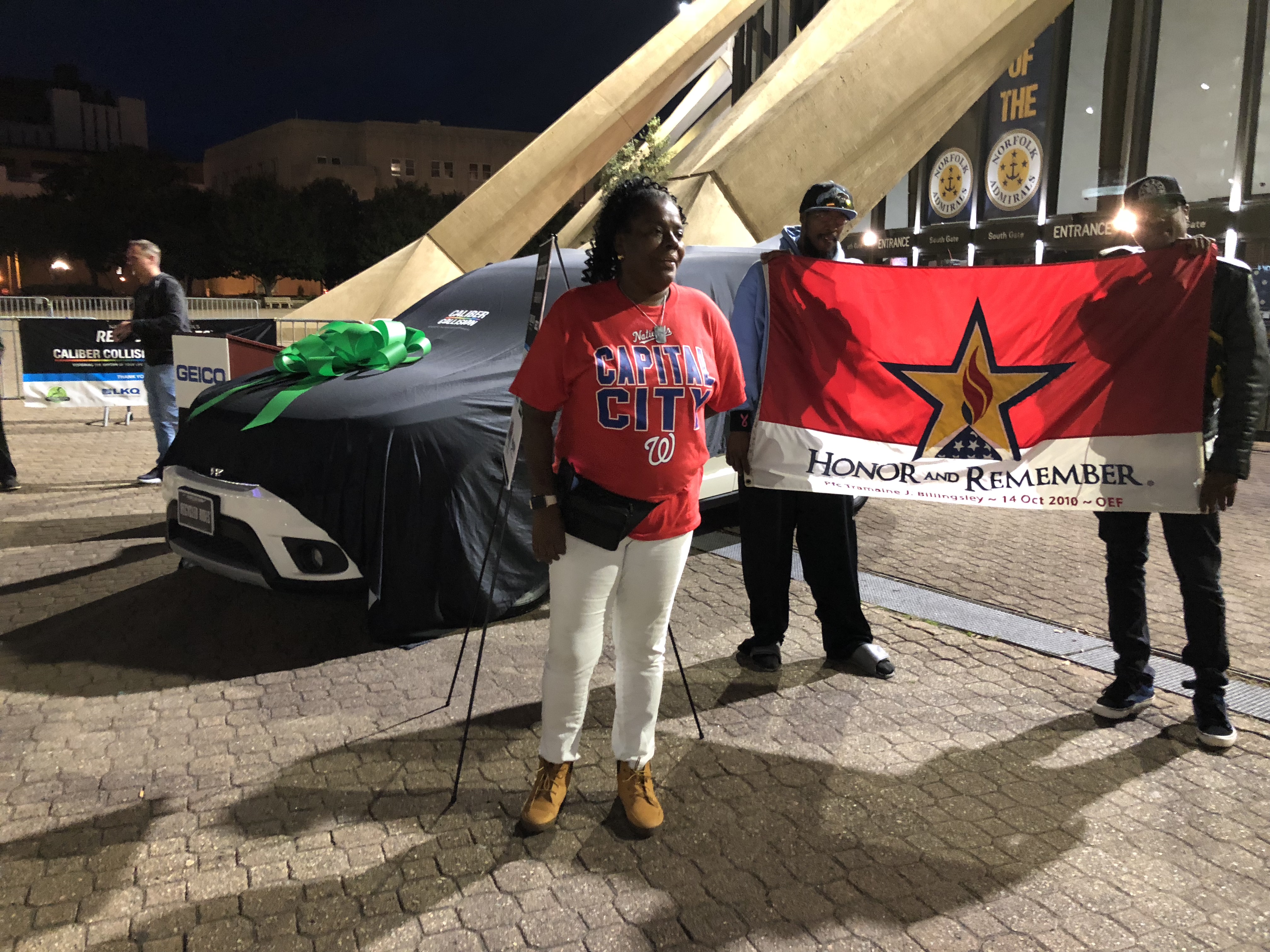