VIRGINIA BEACH, Va. - Two men have been charged with felonious assault following a Monday night stabbing in the 100 block of N. Birdneck Road that left one man injured.

According to police, 18-year-old Myles Stillmon Benton and 24-year-old John George Marx IV were charged in connection with the stabbing that happened behind a Jack Rabbit Storage unit around 10 p.m. 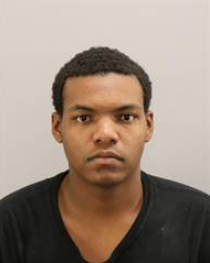 Officers responded to the scene and found that the victim had been stabbed multiple times. Medics were able to get the man to a hospital, but his condition is unknown at the time.

Investigators believe that the victim was in a physical altercation with multiple people when he was stabbed.

In all, police took five people into custody. Only Benton and Marx have been charged so far.

Update: Police now have 5 in custody in regard to stabbing. https://t.co/GNXfPcnLrk