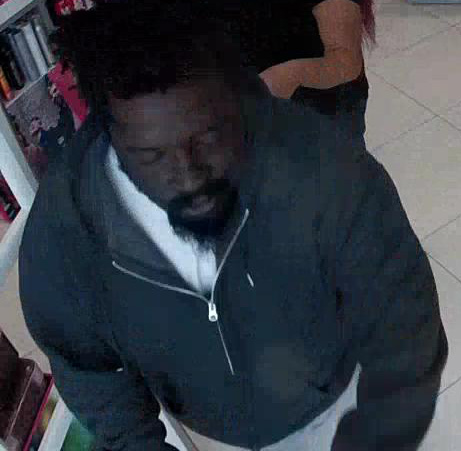 Police say the incident happened at Ulta Beauty located in the 1000 block of University Boulevard around 4:52 p.m.

Officials say that a black male filled a bag with men’s cologne valued at approximately $578, implied he had a firearm when confronted by a clerk, and walked past the point of sale exiting the store. There were no injuries reported.

The subject was further described as between 5’09” and 6’02”, heavy set, with medium length dreads.

Anyone that has information or that can identify the subject is asked to contact Suffolk Police or Suffolk Crime Line.