No. 11 Virginia men’s basketball opens season with a win at Syracuse 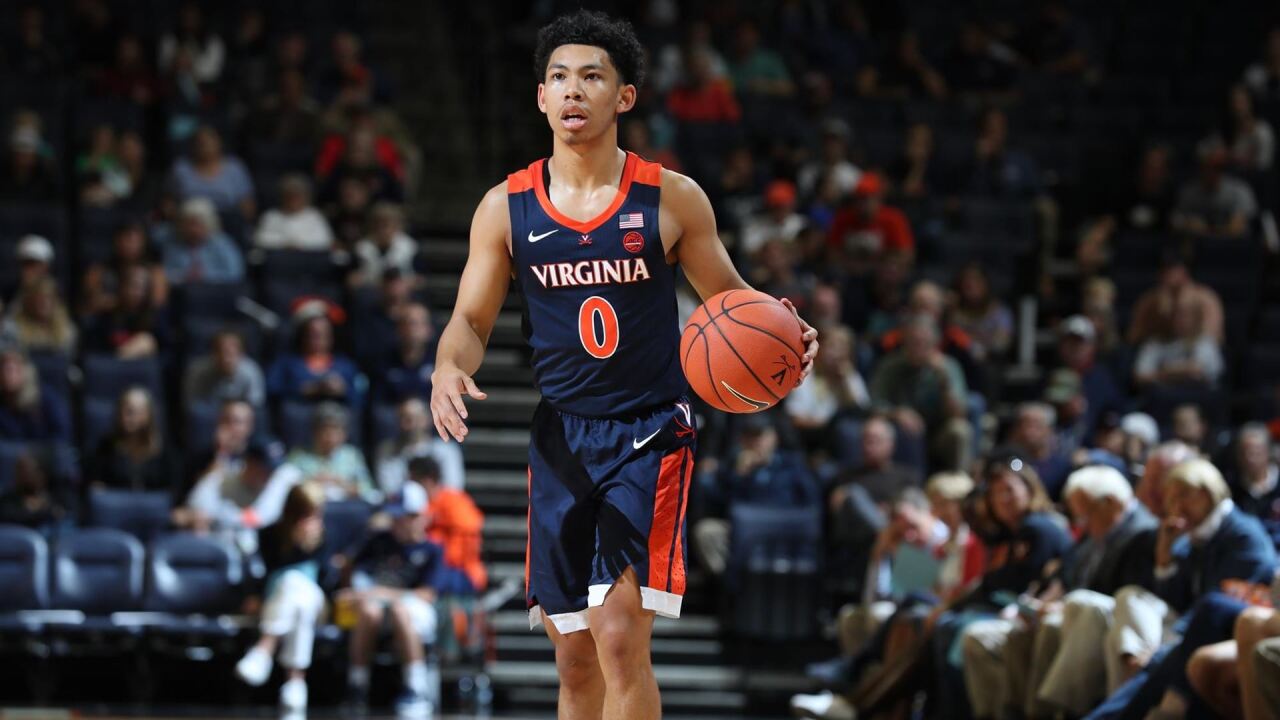 SYRACUSE, N.Y. (VirginiaSports.com) – Virginia (1-0, 1-0 ACC) improved to 11-0 in season-openers under head coach Tony Bennett with a 48-34 win at Syracuse on Wednesday night at the Carrier Dome.

It took almost two minutes before Syracuse scored the first points of the game. Key hit a layup to put UVA on the board. The Cavaliers scored 13-straight points to lead the Orange 13-2 with 9:28 to go in the first half. Virginia held Syracuse scoreless for 8:56 during that span. UVA took a 25-19 lead into the half. Huff had a dunk with the assist from Clark to begin the second half. Virginia took a 35-24 lead after an and-one from Key. The Cavaliers continued to control the game, holding Syracuse to 15 points in the second half.

Clark had his first career double-double with 10 points and a career-high 11 rebounds, while adding seven assists.

Up next, Virginia hosts JMU in its home opener on Sunday, Nov. 10 at 6 p.m. at John Paul Jones Arena.