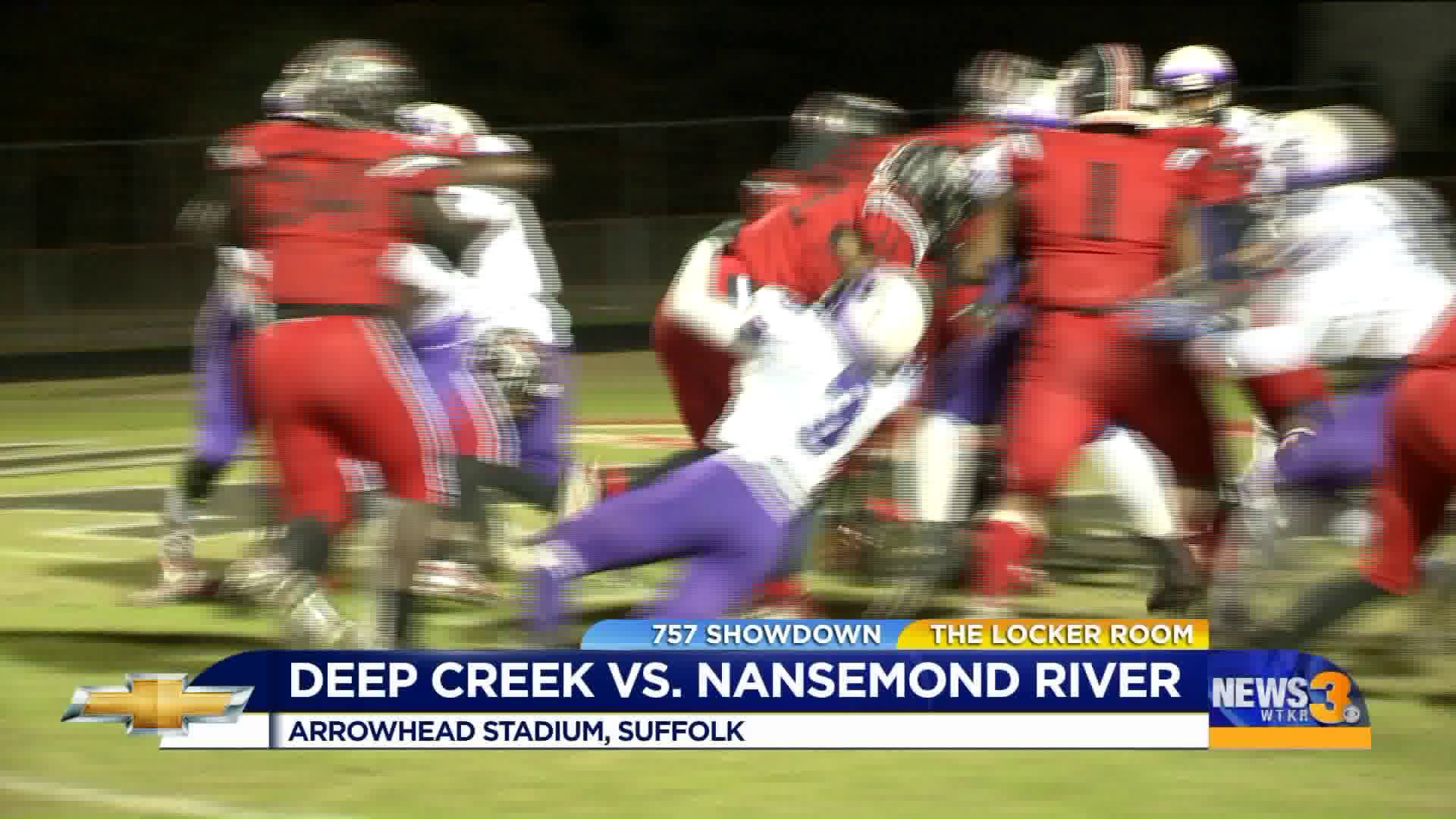 Both teams were looking to pick up their eighth win of the season, entering the game 7-2.

The Warriors were first to score. A rushing touchdown by X'zavion Evans put the team ahead, followed by a two-point conversion by Evans that gave Nansemond River an 8-0 lead.

The Hornets answered back with a rushing touchdown by Antoine Flora, but the remainder of the first half belonged to the Warriors.

At the conclusion of the second quarter Nansemond River held a 30-6 lead.

Deep Creek fought its way back in the second half and a late touchdown put the Hornets within 10 points of the Warriors, but Nansemond River held on to win 45-35.

"We knew coming into the game we were gonna win," Warriors head coach Justin Conyers said. "I said it yesterday, I said it Thursday, that we were gonna finish 8-2 and that's what we did.

"The biggest objective for this year is to get better. We wanted to go 9-0, 10-0 of course, that didn't happen, but we finish 8-2.  We lost to a great Oscar Smith team, a great Indian River team and now we gotta get ready for the gauntlet Division 5 playoffs."

The Warriors (8-2) and Hornets (7-2) now await the release of the postseason bracket.