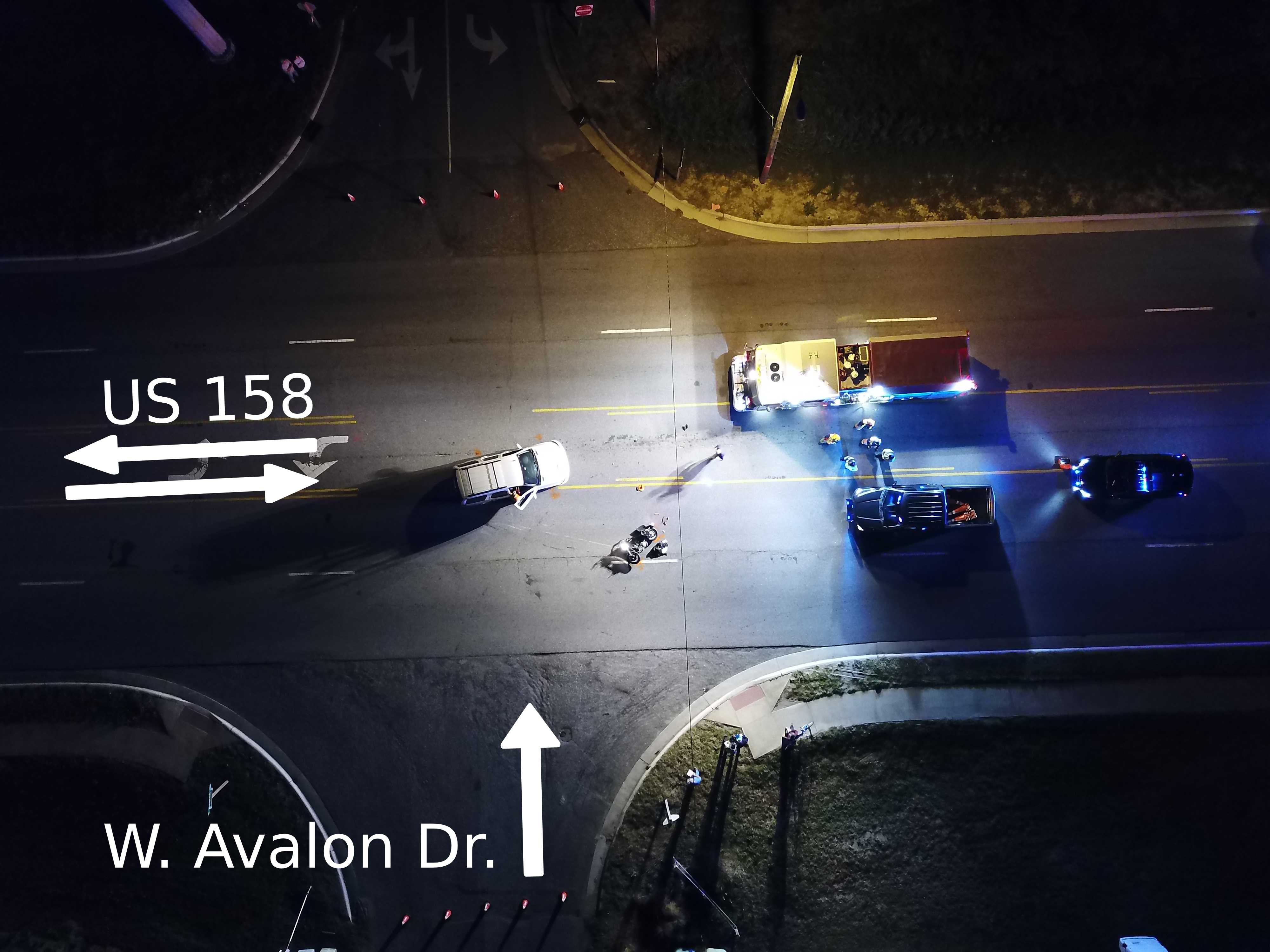 KILL DEVIL HILLS, N.C. – A 54-year-old woman had to be airlifted to a Virginia hospital after she was involved in a crash between her motorcycle and an SUV.

According to State Police, the woman was on the Harley Davidson motorcycle at the intersection of US 158 and W. Avalon Drive when she reportedly turned in front of the Chevy Tahoe traveling southbound on US 158, causing the collision.

The driver of the Tahoe, a 68-year-old Kill Devil Hills resident, was not injured. Alcohol is also not believed to be a factor.

No further information on the crash has been shared, and it is not known what hospital the crash victim was taken to.