HAMPTON, Va. – Greta Thunberg, the 16-year-old climate activist from Sweden, made her next sailing trip from Hampton’s Salt Pond marina Wednesday around 8 a.m.

According to CBS, Thunberg is heading for Madrid, Spain, where she is expected to attend a United Nations climate conference being held in the city.

The boat Thunberg will be traveling on is a 48-foot sailing catamaran called the “La Vagabonde”, which she is riding in with two Australians and one Britain, who are making the trek across the Atlantic Ocean with her.

Though the trip may take weeks, depending on weather conditions, Thunberg is hoping to make the climate conference to be held in early December. 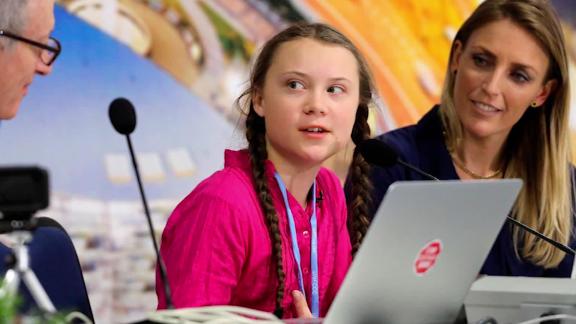 Thunberg is coming off a three-moth North American trip that helped grow her popularity. Along the way, she has attended events and conferences that are helping promote climate awareness, and the impact we are having on our environment.

Recently, a mural of the climate activist was put up in downtown San Francisco near Union Square.

Thunberg was nominated for a Nobel Peace Prize for her climate activism.