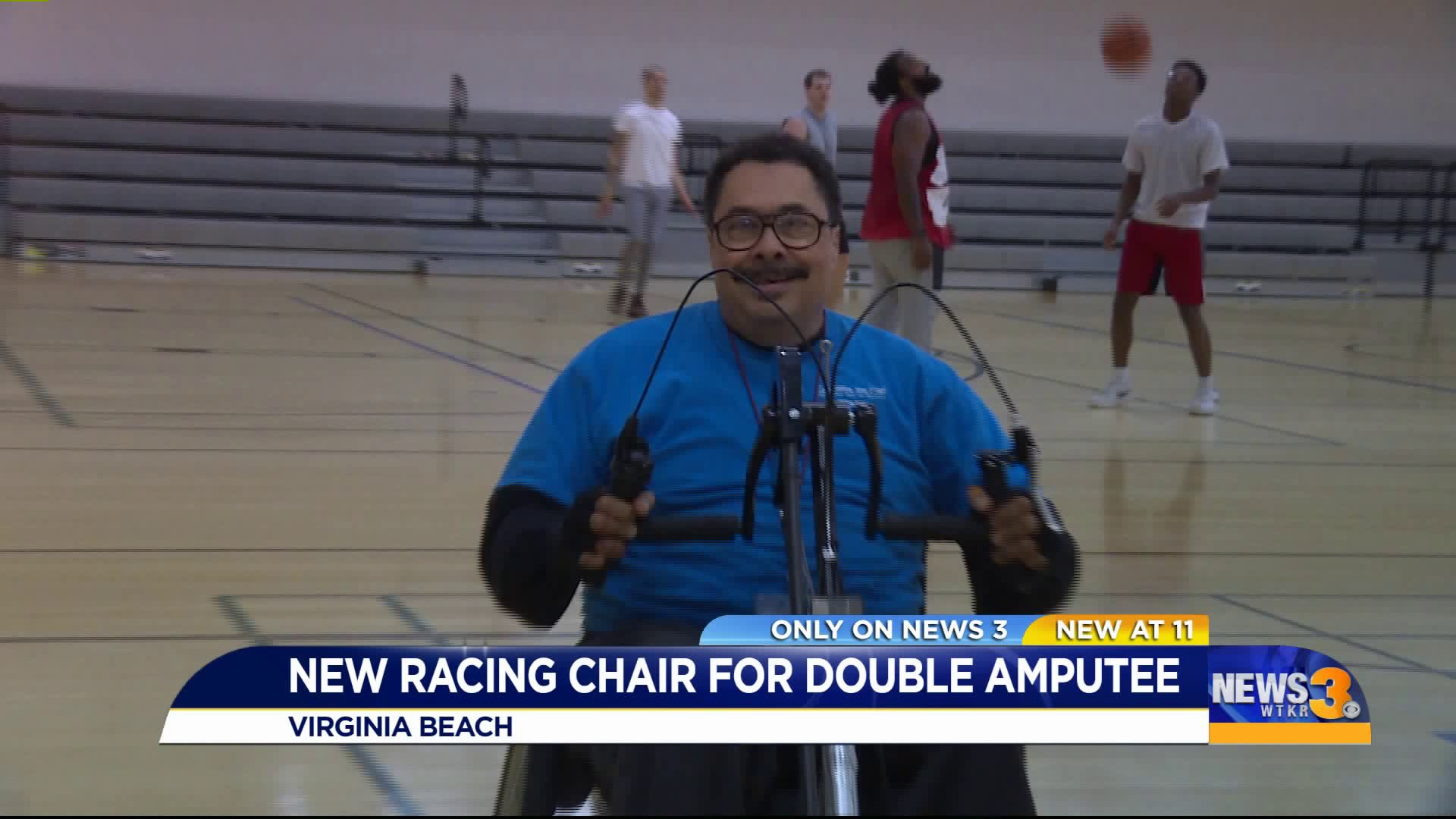 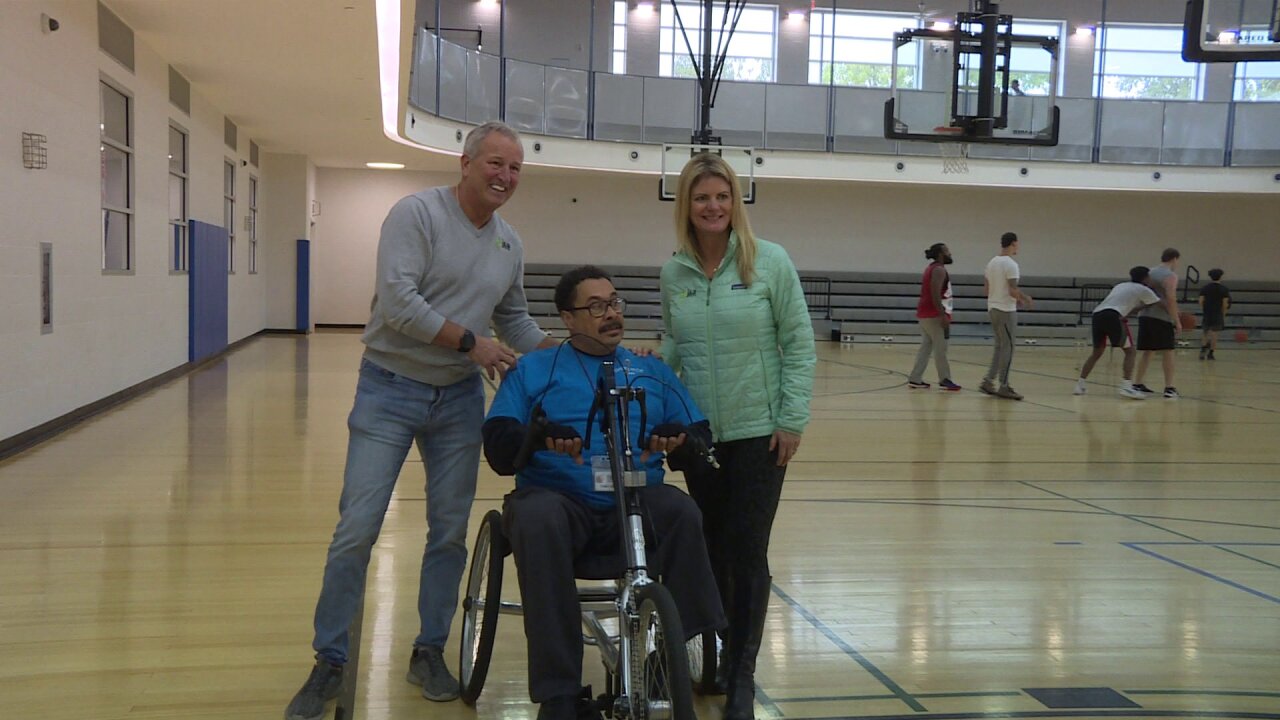 VIRGINIA BEACH, Va. – 62-year-old Felix Rodriguez is not letting the loss of both legs stop him from anything he wants to achieve.

He is a diabetic and lost his leg years ago. Then, an accident at a construction job took his other leg.

News 3 first introduced you to him last year.

He works at the Kempsville Recreation Center in Virginia Beach, helping others with their workouts and health.

Monday, he had a new hand cycle racing chair donated by Jerry and Amy Frostick, the owners of J&A Racing. They organize the Wicked 10K, the Norfolk Harbor, the Surf-N-Santa 5 Miler, the Shamrock Marathon, the Big Blue 5K, the Coporate 5 K and the Crawlin Crab events.

Rodriguez's new racing wheelchair will give him the ability to ride faster and more comfortably.

The Frosticks said they noticed Rodriguez a few years ago when he started racing. They said he was positive and energetic and told us they wanted to help him achieve his goals of competing in more races and providing him with a better bike to use.

"In our races, it’s not about being fast. It’s a lifestyle. It’s about being out there and exercising, the camaraderie with all the runners and walkers, and he fits right in. He’s a runner," said Jerry.

Rodriguez rode the new hand cycle bike for the first time on Monday and was absolutely delighted.

Rodriguez said after he lost his legs, he was seriously depressed and even suicidal. He started exercising and overcame some dark days.

"I do a mile without my legs. Just all upper body," Rodriguez said.

The New York native served in the Navy for four years and then worked commercial construction. He says he stepped on a sheetrock screw and got gangrene.

Then, years later, he had another accident and lost his second leg.

"You’re so embarrassed of it. You don’t know how people are going to see you," Rodriguez explained.

Rodriguez says he was depressed, and he spoke with a friend over the phone who told him to get out of the house.

"He said, 'Stop feeling sorry for yourself. You were military, right?' and I was like, 'Yeah.' He said, 'Well, start acting like it.'"

That’s when he went to the Oceanfront and started to ride his wheelchair up and down the boardwalk.

"I would like to do the Boston or the New York [Marathon]; that’s the goal," he said.

Rodriguez also had to reteach himself how to swim. He got help from Brittany Waltz, who now works at the Kempsville Rec Center.

"He is unstoppable. There could be anything he could go through that he wouldn’t overcome," Waltz said.

She helped him overcome his challenges and encouraged him to volunteer at the rec center before offering him a part-time job. Although Rodriguez wasn't looking for a job, he took it and now motivates others.

He encourages people with disabilities, veterans or anyone else to do what he has done.

"You have to let people help you. It’s not about you," he said.

He plans to use his new bike in the Surf-N-Santa race and the Shamrock Half Marathon in March.