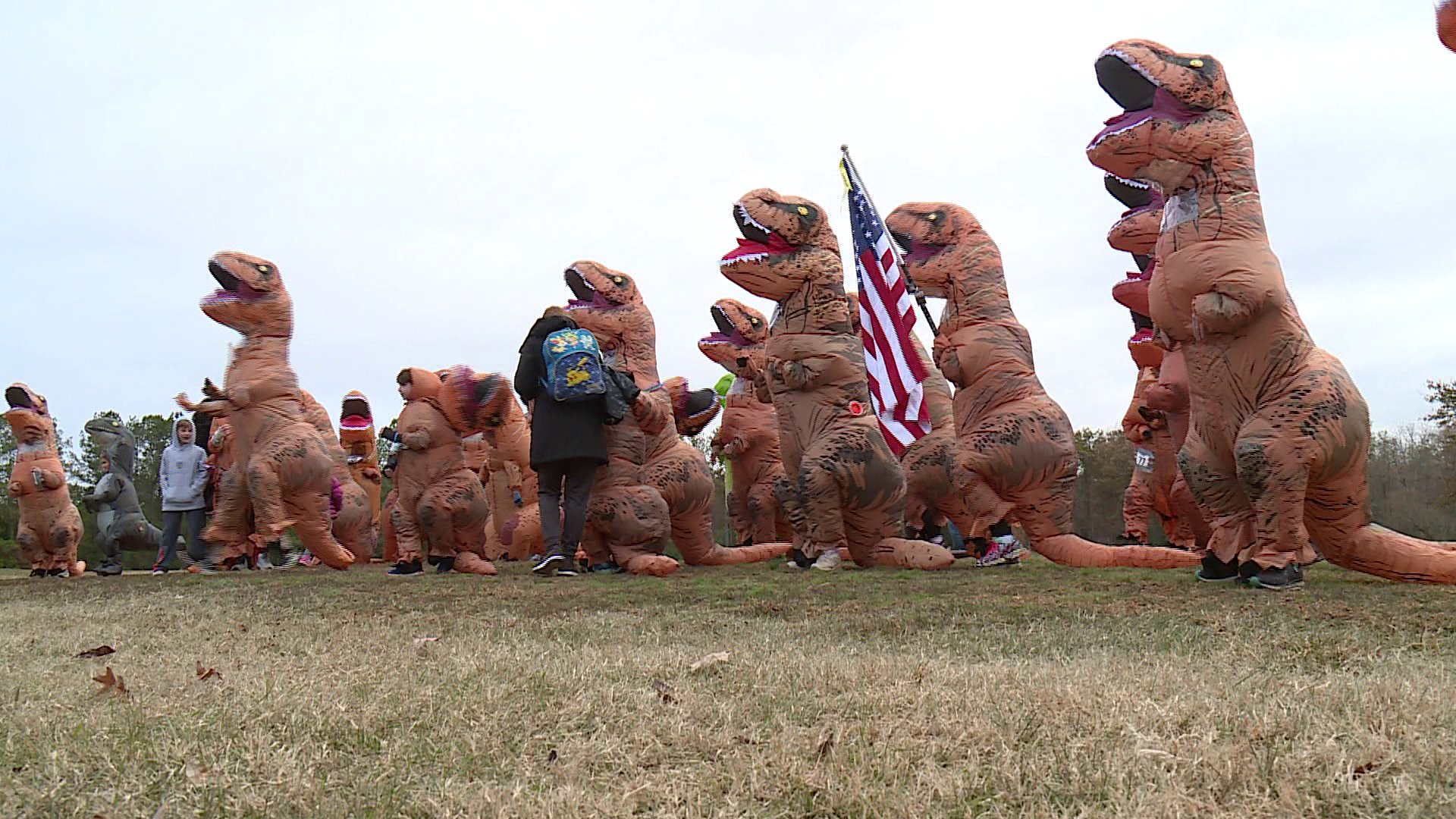 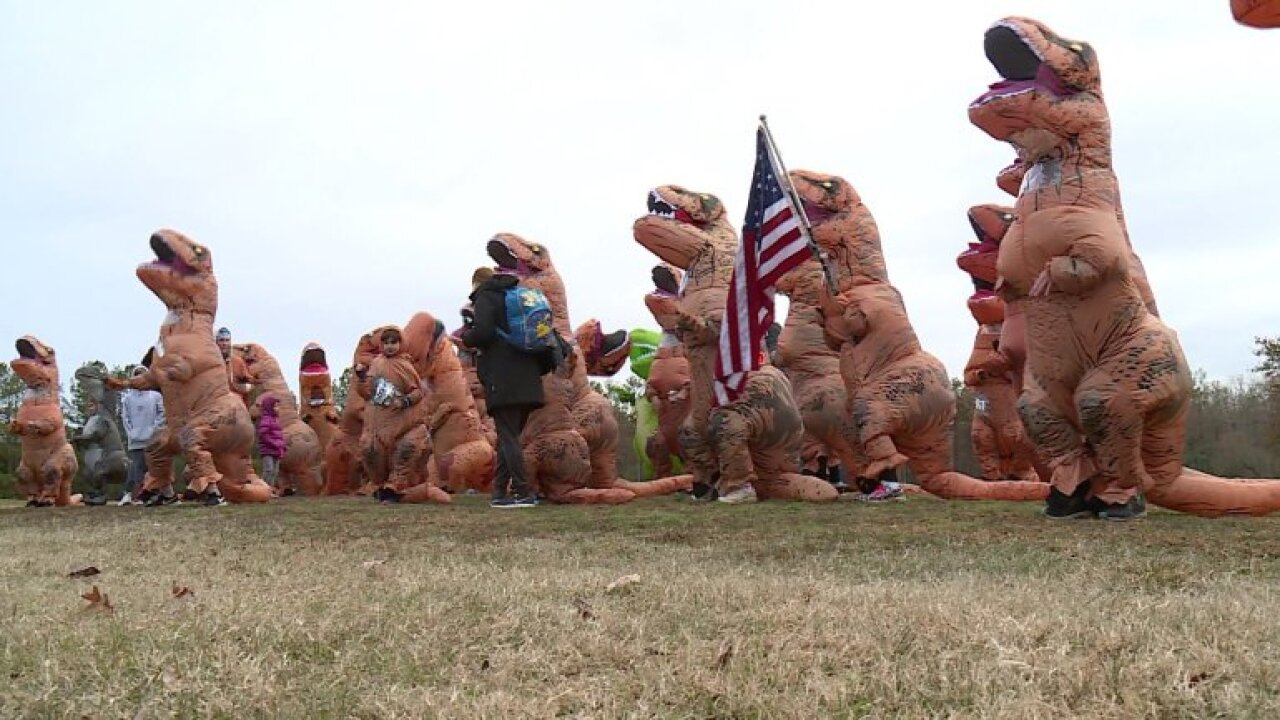 Chris Mason, the social media liaison for the Richmond Road Runners Club, said the everyone was excited for the event's return.

“When you hear about T-Rexes, you think about running around a park, and that excites people is what I think makes Richmond, Richmond,” Mason said. “So it’s good to see and feel this energy.”

The herd or terror (the technical term for a group of T-Rexes) galloped along the four tenths of a mile course, which organizers said was "quite daunting" for people in inflatable costumes.

Mason said the group hoped to break the Guinness World Record for the most T-Rexes in one place.

Eleven-year-old Aidyn Kiku acknowledged running in the costume was a bit of a challenge.

"Well at first, since there was a lot of people, you would you had to walk, but I went around the edge a little and I just started running,” Kiku said.

Michael Bickett said he had a blast at the event.

“It’s weird to build a community around an inflatable dinosaur costume, but I'm in,” Michael Bickett laughed. “That says how weird Richmond is -- and honestly let's keep it weird. How can you not have fun dressed in a dinosaur costume?”

While the group fell short of the current Guinness World Record with 175 people in inflatable T-Rex costumes, organizers vowedto beat that record at next year's event.

The event also supported a good cause by collecting shoes for the local non-profit Shood.