‘It hurts so bad and I try to stay strong,’ says sister of man shot and killed in Smithfield

“He was a bright, shining star. He touched a lot of lives. No matter whose life he touched, he touched it in a great way,” said Smith’s aunt, Charnell King.

Smith was an up-and-coming artist from Smithfield whose life was cut short.

“He thought he was Keith Sweat at one time,” adds King.

Police say Smith was shot several times and died at the 7-Eleven off U.S. 258 last week, making this the first homicide in Smithfield since 2017.

His older sister was called to the scene right after the shooting.

“It was so hard for me to come out here and see my brother out here on the ground and see that his life was taken like this,” said Shanecia Eley.

His sisters say he loved his family first, then his music.

She also said he wanted to help others become just as good. 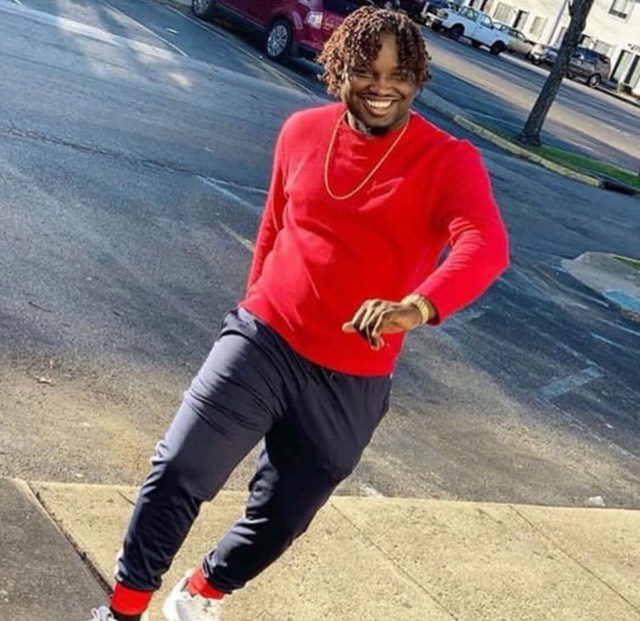 Desmond’s other sister tells us, “I told him I wanted to rap. He sent me some beats, and I rapped on the beat and basically he shot me down and said, ‘You got to do better.'"

That’s what she says she will miss about her brother - his support.

“It’s hard. It hurts so bad, and I try to stay strong,” she adds as she wipes her tears.

His friends and family wore orange to stand against gun violence as they walked to the location where he took his last breath.

The man who police say pulled the trigger is currently behind bars at Western Tidewater Regional Jail. His family still doesn't understand why.

“He loved everybody,” said King.

By the number of people who attended the vigil, Smith's family says it’s obvious he was loved and had an impact on everyone he met.

“They are celebrating life - a good life, a wonderful life. My chocolate drop,” said King.

People holding on to each other and dancing to his music is exactly how they say Smith would’ve wanted it to be.