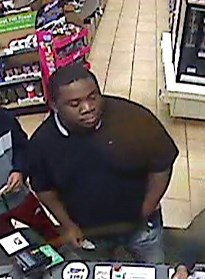 SMITHFIELD, Va. – Two individuals are wanted by police for questioning about a homicide that took place on November 13.

According to police, the shooting was at the convenience store at 603 W. Main Street.

Police said the last homicide in the area was back in November 2017, so it’s been two years since an incident like this was reported.

If you recognize either of these two, you can anonymously report your tip to Crime Line.