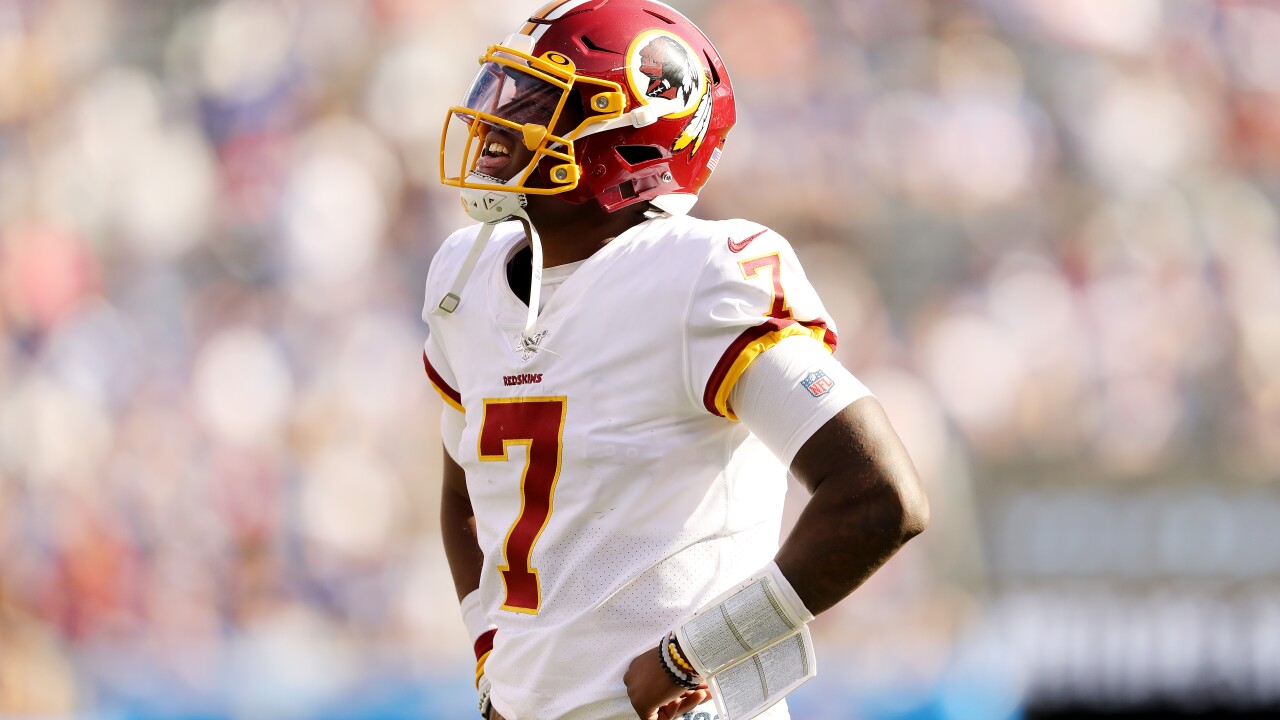 Dwayne Haskins #7 of the Washington Redskins drops back to throw a pass. (Photo by Timothy T Ludwig/Getty Images)

LANDOVER, Md. – As we approach Thanksgiving, a holiday synonymous with food, the Redskins are in desperate need of some home cooking. Washington hosts the Detroit Lions Sunday, hoping to win their first home game since October 21, 2018.

The Redskins lead the all-time series vs. Detroit, 30-to-14, though the Lions have won the last four meetings dating back to 2009. Washington is 1-and-9 this season.

“I feel bad for our fans,” interim head coach Bill Callahan said Monday. “Our fans come to the game and expect a quality product to be put on the field. That’s what bothers me. I feel I let our fans down in that respect and it falls on my shoulders. I accept that. When it doesn’t translate from the meeting to the grass to the game field, that’s where I get disappointed and that’s where I deepen my resolve and go back and try to dive down and find more solutions, find more answers, find more reasons. When you’re in times like this, as a coach I’ve learned over years, you learn more about yourself, your team, the people that you’re around. It gives you a greater respect for the game. ”

Rookie quarterback Dwayne Haskins will make his second career home start for the Redskins. In four games this season, two starts, the 15th overall pick in the 2019 NFL Draft has completed 46-of-79 passes (58.2 percent) for 498 yards. He’s thrown two touchdowns and five interceptions.

Washington’s offense ranks second-to-last in the league in total offense, last in scoring offense and last in passing offense.

Sunday’s game kicks off at 1 p.m. News 3, Hampton Roads’ home of the Redskins, will have live pregame and postgame coverage.