It’s not only humans who are right-handed. Dolphins also have a dominant side 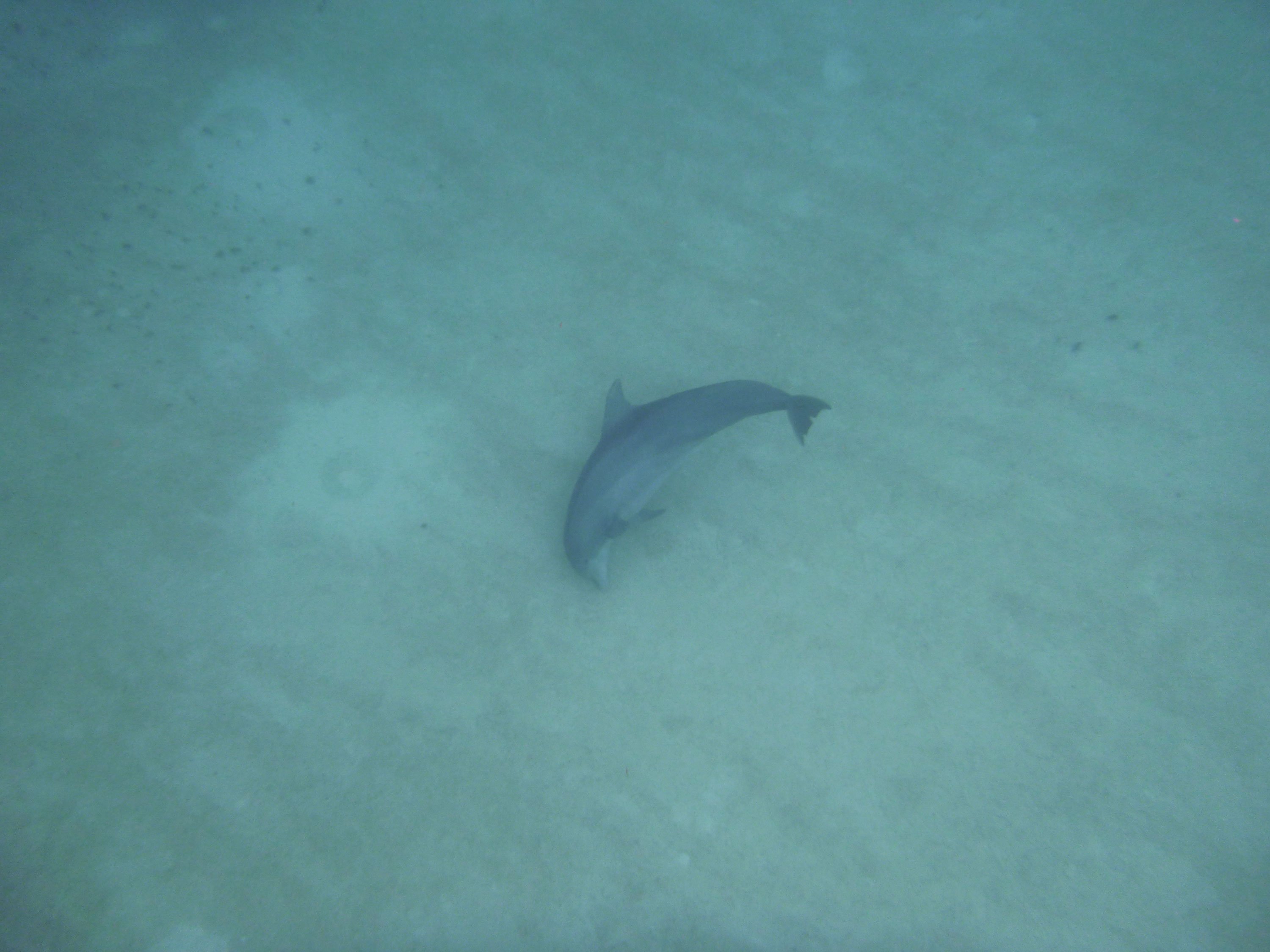 It’s not just humans that are left or right-handed. Animals also show a clear preference for what scientists call “lateralized behavior.”

Reindeer herds tend to circle in a counter-clockwise direction; giraffes move their left leg first when splaying their legs; chimpanzees and gorillas show a significant right-hand bias, while orangutans show the opposite.

Now, scientists have found that common bottlenose dolphins show a preference for their right side when it comes to foraging for food on the seabed.

Dr. Jennifer Kaplan, who was part of the team that conducted the research in the Bahamas, said it was the captain of their research vessel who first observed that the dolphins always turned in the same direction.

“I didn’t notice at first but after observing them for a while I saw it too. I thought it would be a great topic to research,” said Kaplan, who works with the Dolphin Communication Project. “What surprised me most was that it was such a strong bias — more than 99%.”

Around 90% of humans are right-handed, while in animals the ratio is usually around 80/20, Kaplan said.

The researchers captured more than 10 hours of video footage between 2012 and 2018 as the dolphins swam near the seabed and scanned for eels and fish in the sand though echolocation — using the echoes of their clicks to find the buried food. Before thrusting their snout, or rostrum, into the sand to seize their prey, the dolphins quickly paused by making a rapid 90 to 180 degree turn.

The scientists found the dolphins usually turned to the left, keeping their right eyes and right sides closest to the bottom.

More than 99% of the 709 turns scientists observed followed this pattern. Only one dolphin turned to the right, the study said, and this behavior was consistent in this dolphin across two separate encounters.

“It remains unclear if the malformed right pectoral fin of this individual or other factors may underlie this deviation from the common bias,” according to the paper, which was published Tuesday in the journal Royal Society Open Science.

A right-side bias has also been reported in grey and humpback whales, while dusky dolphins in New Zealand and Argentina circle clockwise around schools of fish, keeping their right eyes and sides toward their prey. Similarly, common bottlenose dolphins in Florida show a right-side bias when they catch fish by plume feeding, which is when they kick up a plume of mud or sand with their tail to trap and confuse the fish.

The study didn’t examine the reasons for this behavior, but the authors said that because of the overwhelming right-side bias it was likely related to brain function. One reason could be the location of the “phonic lips” dolphins use to make the clicking sounds that help them locate their prey, Kaplan said.

“This structure is located on their right side and would be the best side to be angled down for echolocation,” she said.

Kaplan also said that just as humans process language in the left hemisphere of our brains, dolphins may also use the left side of the brain, which is linked to the right eye, to process sensory information.