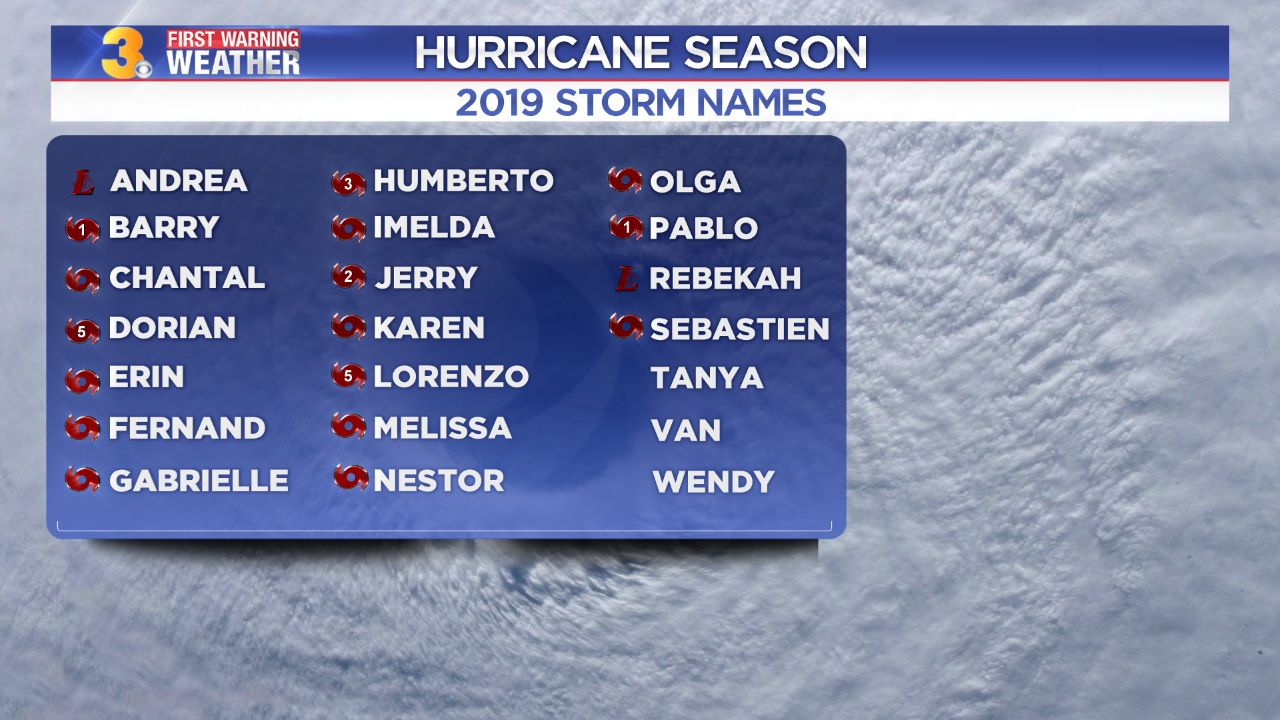 Friday, November 30 marked the end of the 2019 Atlantic hurricane season, according to a release by the National Oceanic and Atmospheric Administration.

According to the NOAA, this was the fourth consecutive above-normal Atlantic hurricane season. An average season has 12 named storms, six hurricanes and three major hurricanes.

This year’s major hurricanes were Dorian, Humberto and Lorenzo, with Dorian tying with 1935’s Labor Day Hurricane, 1988’s Hurricane Gilbert and 2005’s Hurricane Wilma as the second strongest hurricane on record in the Atlantic basin in terms of wind.

To read more on the NOAA’s findings, click here.