“This is my baby.” ODU head football coach Bobby Wilder stumps to return after 1-and-11 season 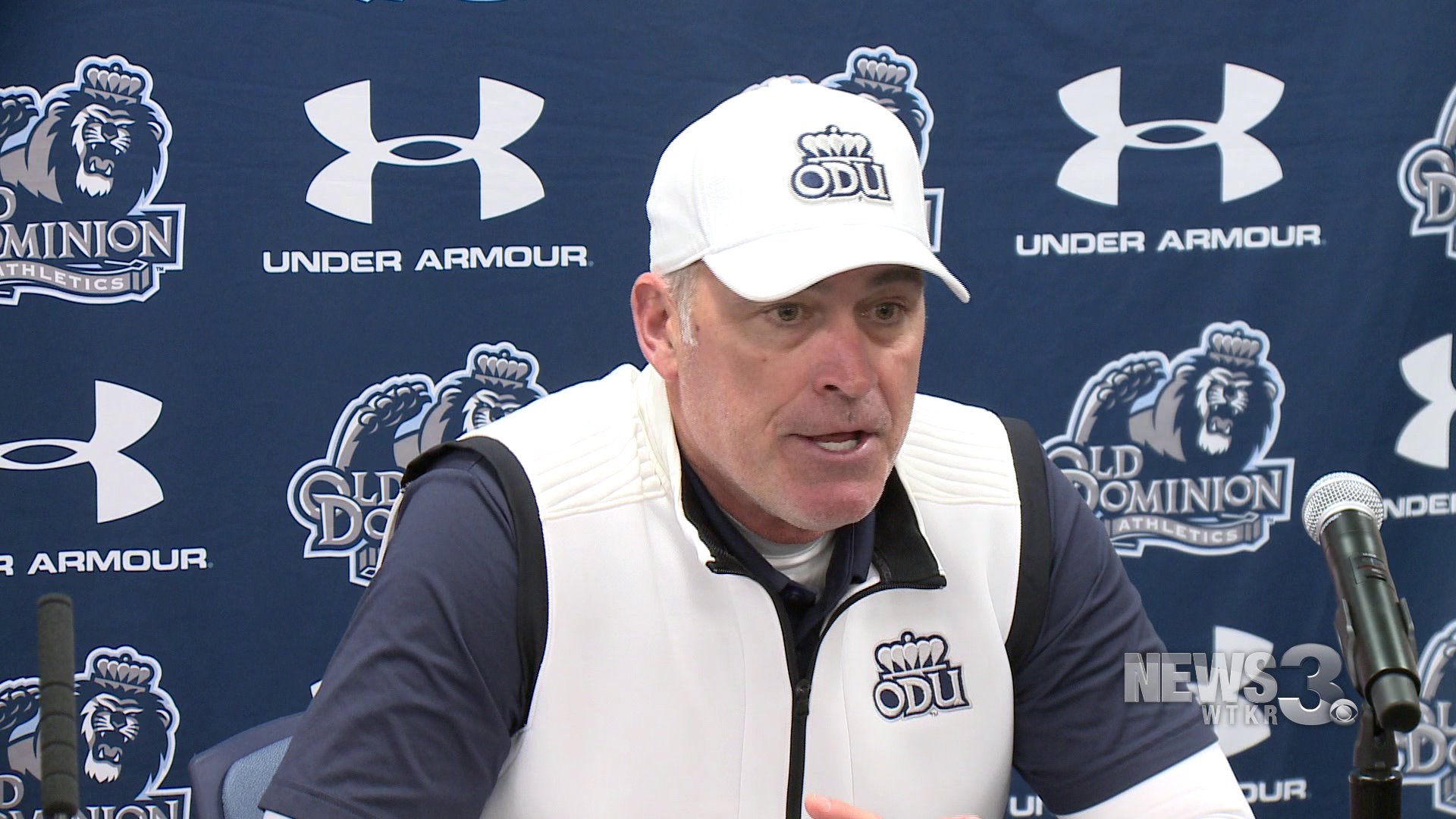 NORFOLK, Va. - Old Dominion University head football coach Bobby Wilder is trying to do what his team was unable to accomplish in Saturday's season finale: ignite a rally and return to the program's winning ways.

After falling behind 24-7 to Charlotte, a game the Monarchs eventually lost 38-22, Wilder stumped to keep his job - making guarantees about 2020 and vowing to resign if he can't get it right.

"This didn't work out this year, but I want to be back next year because I truly believe it will," Wilder said following his team's season finale, a campaign that saw ODU finish 1-and-11 - with its lone victory coming in the August 31st season opener. "If I didn't think next year was going to be different, because of how much I love this program, I would step aside."

"I've poured the last 13 years of my life into this," Wilder pointed out. "This is my baby."

Monday, in advance of Saturday's home finale, News 3 Sports Director Adam Winkler asked Wilder, who is under contract through 2021, if he's given any thought to Saturday being his final game as ODU's head football coach.

When asked why he's the right person to lead the ODU program into the 2020 season and beyond, Wilder pointed to the rebuilding process launched after last year's 4-and-8 campaign - when he dismissed four assistant coaches.

"The biggest thing Wood (Athletic Director Dr. Camden Wood Selig) and I talked about last year when I made the changes that needed to be made to the coaching staff to the strength staff and the roster is this may take us to year two of this reload for us to be as productive as we want it," Wilder admitted. "The big thing that happened this year, to this point, is the quarterback situation just didn't work out."

True freshman Hayden Wolff passed for 737 yards, two touchdowns and three interceptions in three games since being inserted as the Monarchs' starting quarterback November 2nd. He did not play in the season finale vs. Charlotte due to concerns related to a shoulder injury.

"Our defense is a top 50 defense in the country with almost everybody back," Wilder added. "And now we've discovered the quarterback, we know who the quarterback is. I feel really good that this team, in 2020, with what we've shown to this point - with the youth, will be at least a bowl team. And if we're healthy next year we'll compete for the Conference USA championship."

Earlier this month, Wilder told News 3 "it's going to be 100 percent important that we perform well in these last two football games" to prove he and his coaches are the staff and the team that can win in the future. The Monarchs lost to Middle Tennessee State, 38-17, prior to Saturday's season-ending 38-22 defeat vs. Charlotte.

"I'm 100 percent confident this team will win next year," Wilder said after Saturday's loss. If I'm back next year and next year is not a success, then I'm going to step aside. I personally guaranteed the team next year will at least be a bowl team. If we stay healthy and develop, we'll repeat what the 2016 team did - we'll compete for the Conference USA championship. And I'm confident we'll open the season next year and beat Wake Forest at home."

The Monarchs open the 2020 season at home vs. Wake Forest, an ACC opponent, September 5th.