A college football player’s parents died before his Senior Day, so his dogs accompanied him onto the field 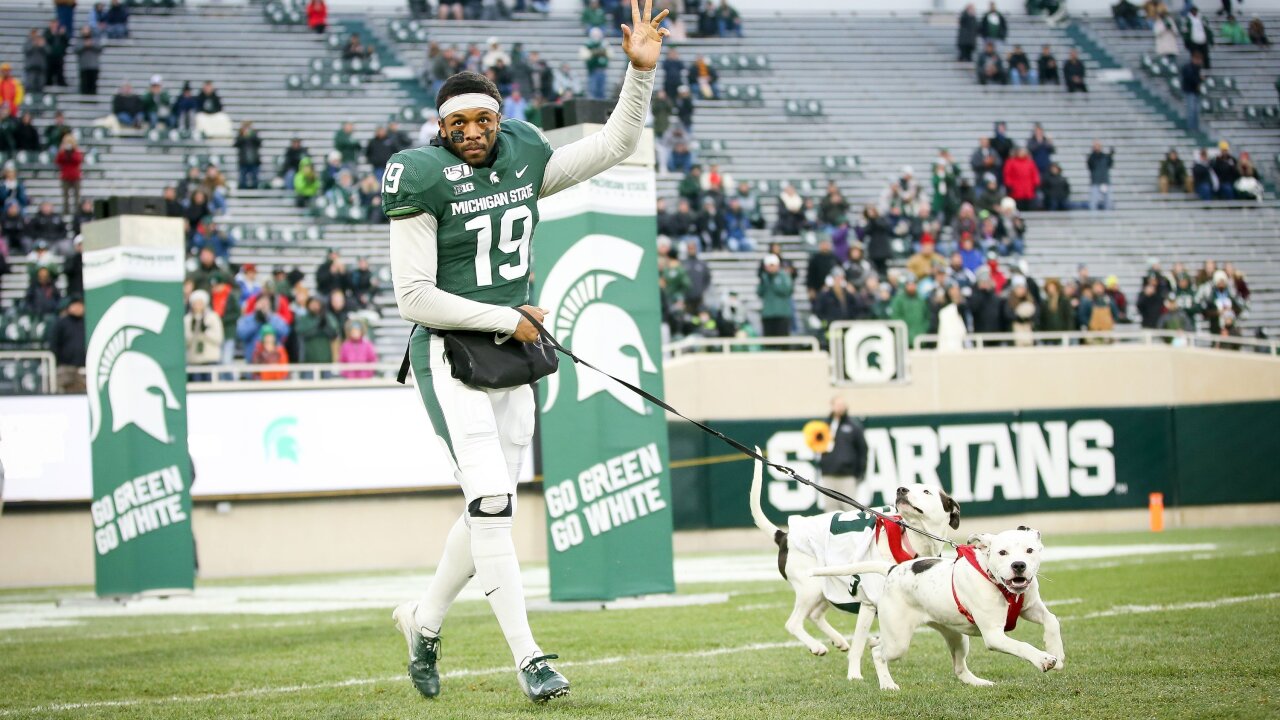 It’s tradition in college football for seniors to emerge from the tunnel for the final game of their collegiate career and run onto the field to one last ovation, an event players usually celebrate with family.

Michigan State University cornerback Josh Butler lost both of his parents before they could meet him on the field one last time on Senior Day. But he didn’t walk out alone on Saturday.

The 23-year-old fifth-year made his final roaring entrance into Spartan Stadium accompanied by two dogs, Roxy and Remi.

Josh Butler, in Spartan Stadium for the last time. pic.twitter.com/WE18LkBcl4

Butler’s father, Steven, died in November 2017, hours before Butler was set to play in a game against Penn State. His mother, Ladrida Bagley, died in April 2019 after being diagnosed with stage 4 breast cancer, the Lansing State Journal reported.

In between their deaths, he adopted Roxy and Remi, sister boxer-pit bull mixes and Butler’s best canine friends.

The dogs have become stars in their own right. On an Instagram account, Butler documents the daily lives of 2-year-old Roxy and his little sister Remi, still a puppy at 7 months old, often decked out in Spartan gear. Roxy even posed patiently with Butler in his graduation photos, wearing her own cap.

Butler received his undergraduate degree in December 2018 and is set to receive his master’s degree in media and information this month. He said his dogs and his teammates have helped him work through his grief and focus on the good in his life, too.

“We talk about the sadness and the negativity about a lot of things because that’s what they remember the most, but there’s also positivity behind any story,” he told the Lansing State Journal. “There’s always a rise after the fall.”