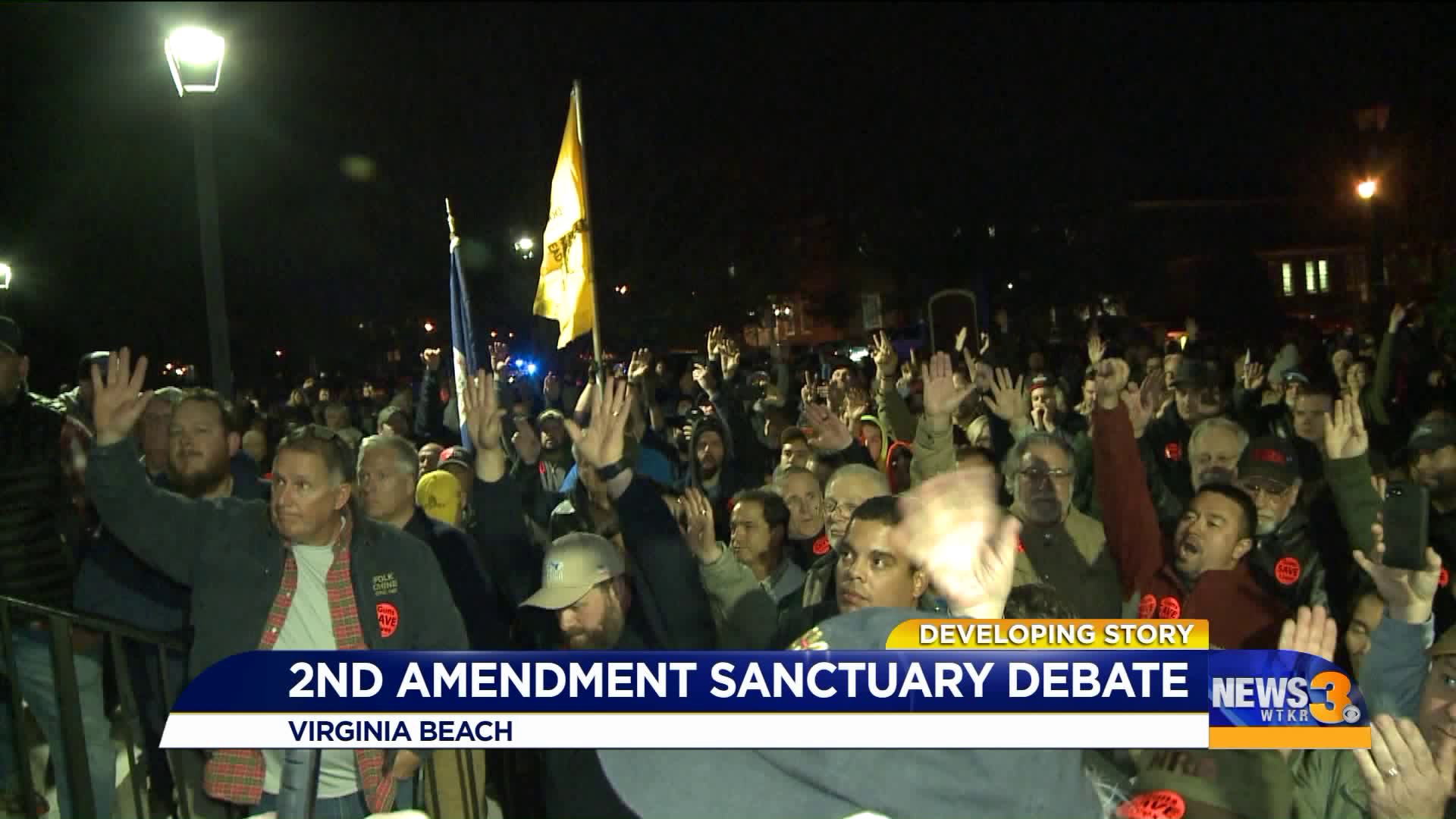 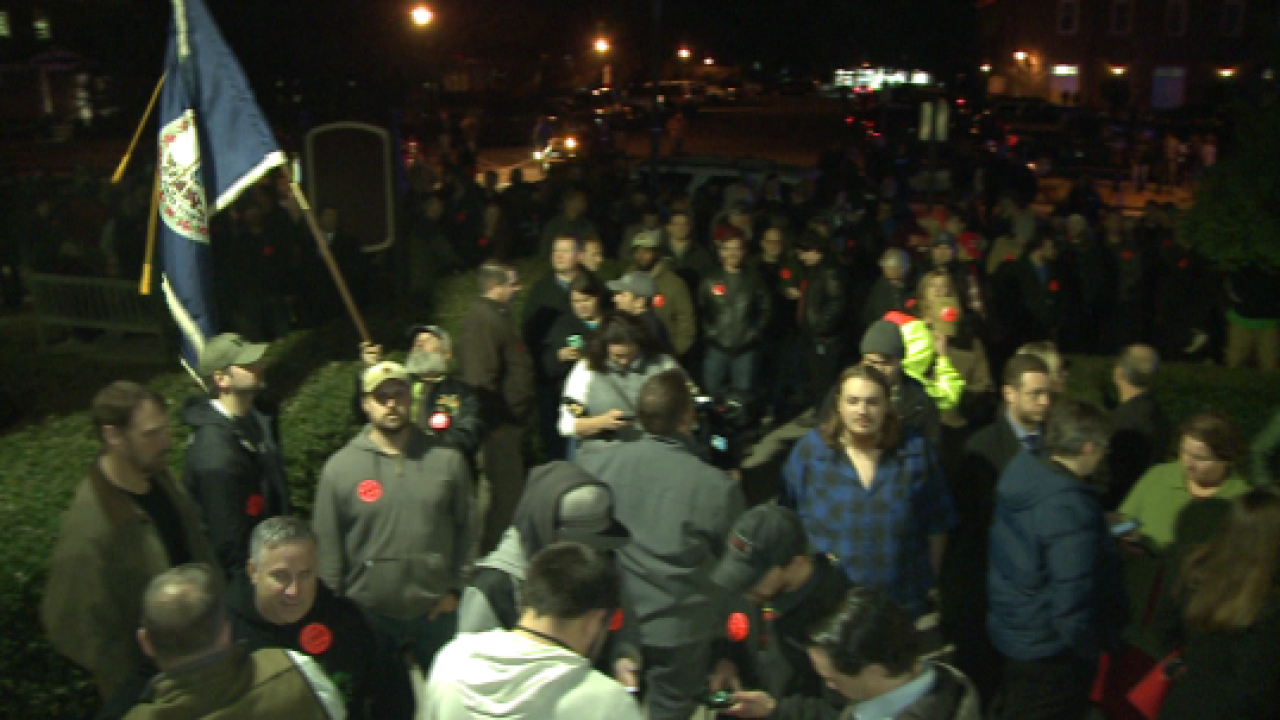 They reached max capacity inside the meeting, and people were forced to stand outside of the building.

People attended to voice their opinions about the Second Amendment sanctuary, an issue that was being discussed inside the meeting despite not being on the agenda.

A Second Amendment sanctuary is when a jurisdiction adopts a resolution saying they won’t use resources to enforce certain gun control measures that they feel violate the Second Amendment.

Many people were wearing "Guns Save Lives" stickers at the rally.

Former Congressman Scott Taylor was among the supporters.

“I feel very strongly, very deeply about protecting the Second Amendment right,” said Taylor. This is indicative about people who care about their Second Amendment rights. I guarantee you there are Republicans, Independents, Democrats, people who aren’t politically active but want to protect their families and their property, and that is why they are here and you are seeing this across the Commonwealth.”

People with the group Moms Demand Action for Gun Sense in America were also at the meeting.

Sibel Galindez said they had a representative address city council.

“We are here tonight to talk to our duly-elected officials, our city council to let them know we are watching, and the Virginians here have spoken and voters have spoken and gun safety legislation will go forward to the General Assembly to be debated as it should,” said Galindez.

Supporters say they will attend other city council meetings throughout Hampton Roads as the issue continues to be discussed.