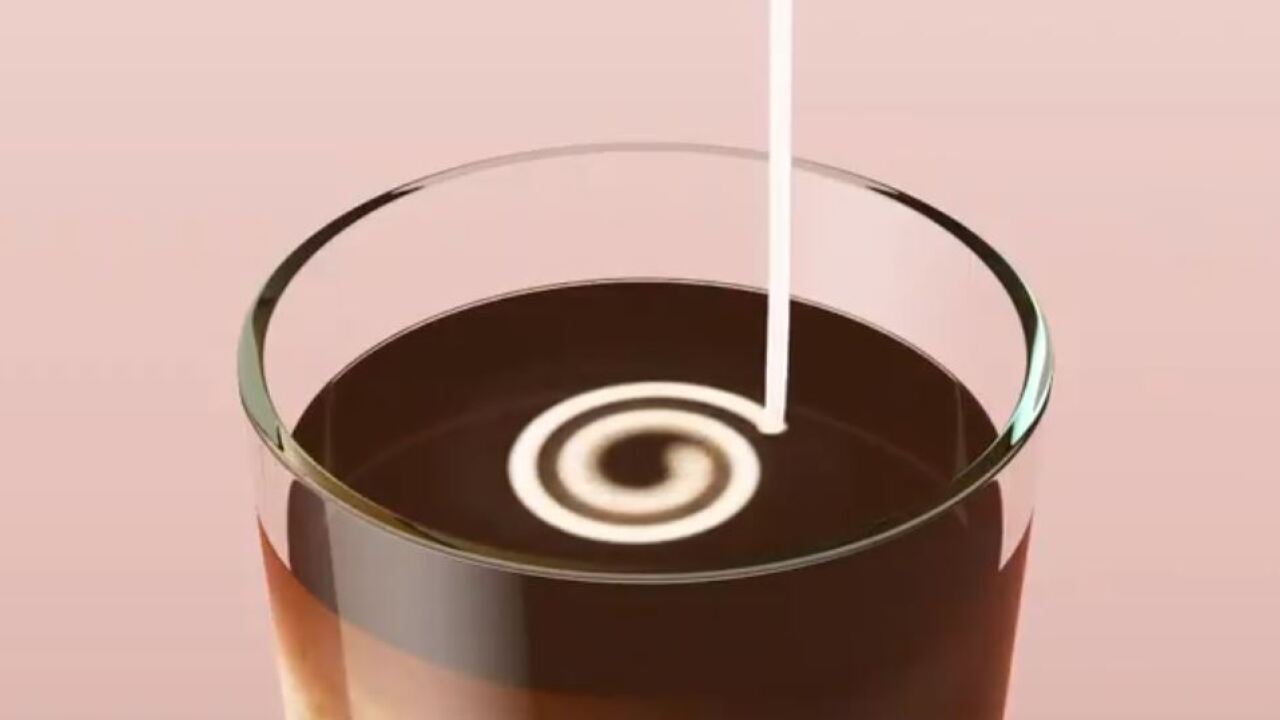 Starbucks is adding a new iced drink to its holiday menu as sales continue to grow for chilly concoctions — even in winter.

The new drink is Irish Cream Cold Brew, which is the chain’s cold brew coffee mixed with Irish Cream syrup and topped with vanilla sweet cream cold foam and cocoa powder. It goes on sale Tuesday across Starbucks’ US stores and will be available for a limited time. The price for a grande will range from $4.45 to $4.75, depending on the Starbucks’ location.

Customers can customize the cold foam with alternative milks, including almond, coconut or soy. The Irish Cream syrup is also available as a topping in any of its other beverages for an additional charge.

Irish Cream Cold Brew is Starbucks’ second holiday-themed iced drink to join its menu in the past three years. In 2016, it offered a limited-time drink called the Spiced Sweet Cream Cold Brew. But the addition of this year’s beverage comes after Starbucks added a Pumpkin Cream Cold Brew drink for the first time, which the company said sold well.

Cold drinks are growing in popularity for Starbucks. They made up more than half of the company’s sales last year — a 13% increase from 2013, it said. Starbucks credited cold drinks, like cold brew coffees, for bolstering its bottom line and helping to kickstart sales in the afternoon, which previously has been a sore spot for the company.

Prepare to be mesmerized by our Irish Cream Cold Brew. Sip after sip of delicious smoothness that will
keep you coming back for more. #SuperSatisfying#satisfyingvideos #MYStarbucks pic.twitter.com/2wjcR2RoKb

Starbucks is also having success attracting young people with its cold coffee drinks because customers view cold coffee as an alternative to soda and energy drinks, according to a recent report from Guggenheim Partners. And Starbucks customers are more loyal to cold brews and iced coffees.

“These categories are more habitual and create more brand affinity,” Roz Brewer, chief operating officer for Starbucks, said in 2018 when it announced the expansion of its the nitrogen-infused cold brew coffee across the United States.

In its most recent earnings report, Starbucks’ US comparable sales growth jumped 6%, with 5% of that from beverages. A company spokesperson told CNN Business that the growth was led by its cold beverages, including the newly introduced Pumpkin Cream Cold Brew. The drink, which costs more than a typical iced coffee, also helped Starbucks grow its average receipt price to 3% for the quarter.

Starbucks’ Irish Cream Cold Brew drink joins the chain’s usual array of hot drinks that can also be made cold, including peppermint mocha and eggnog latte.

Rival Dunkin’ also has its own menu of iced holiday drinks. In November, the chain began selling two seasonal flavor swirls (gingerbread s’mores and winter white chocolate) that can be added to its iced drinks.

McDonald’s also added a cinnamon cookie latte that can be made hot or iced. That was the chain’s first seasonal drink since 2014, when it started selling the white chocolate mocha latte.