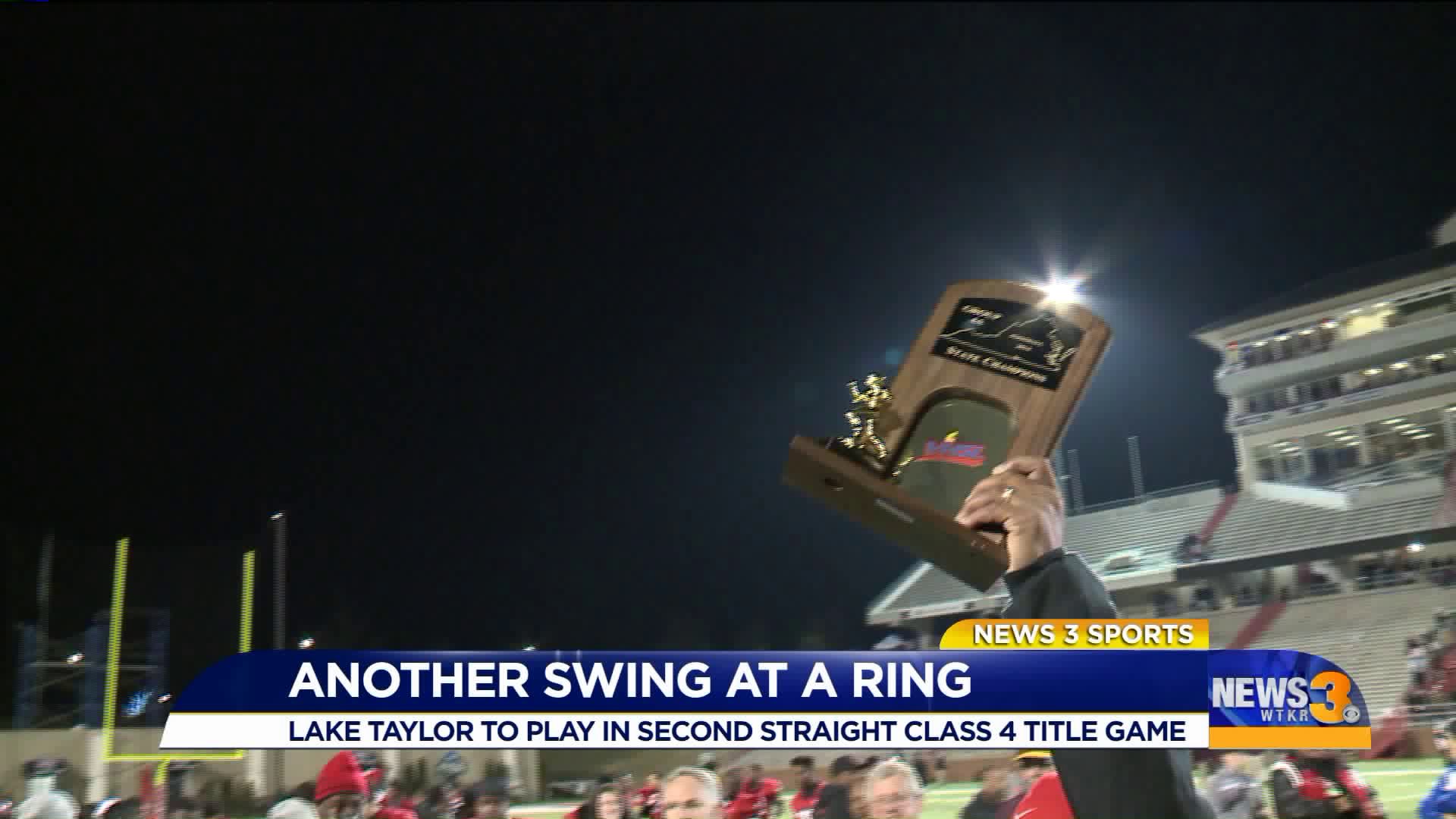 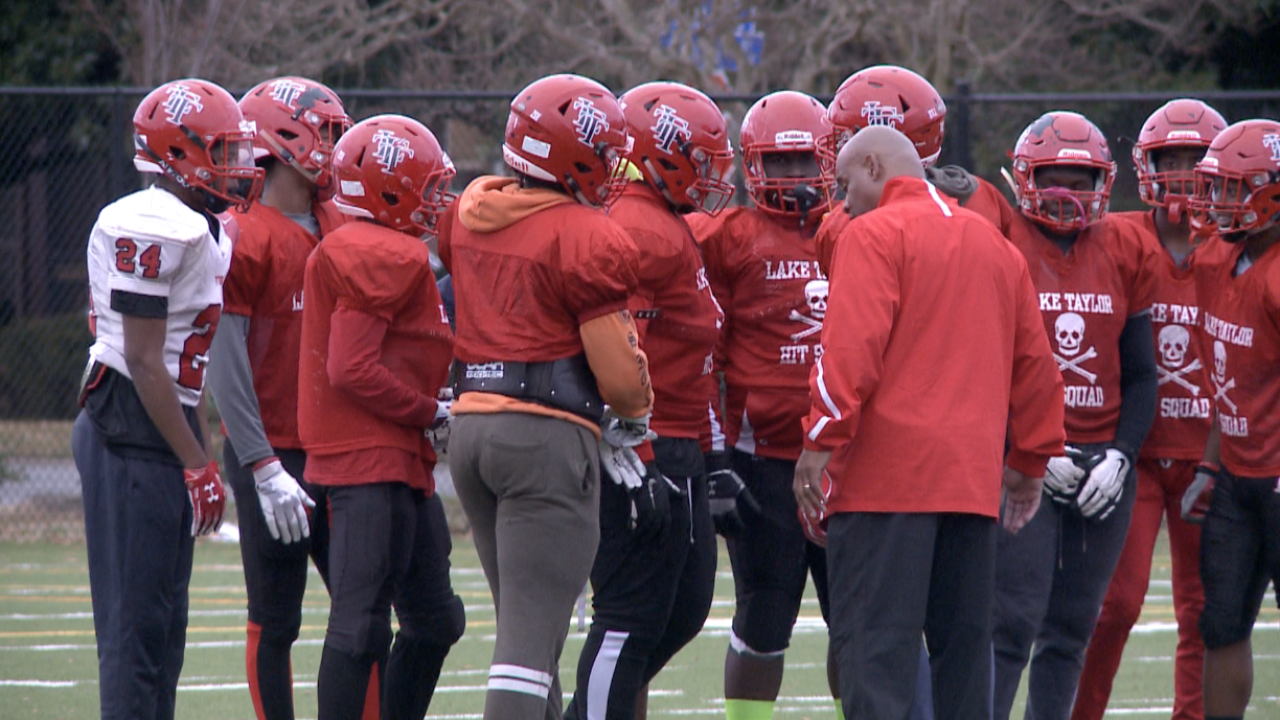 "Sometimes when you wear it, it makes you think 'I don’t need to work as hard because I already have a couple," Sawyer explained to News 3.

Despite winning state titles in 2012 and 2014 at Lake Taylor, Sawyer doesn't don his championship rings. He says he's waiting for his current players to earn their jewelry.

But for now, all those players are wearing is a weight from last year's five-point loss in the Class 4 state title game.

"We use it a lot as motivation," admitted Titans linebacker/tight end Ikeem Wright. "We use a quote, '48 minutes to win it, a lifetime to think about it.”

"Ever since last year when the clock hit zero and we lost, that’s all we’ve been thinking about," Titans running back/linebacker Malik Newton noted. It's 48 minutes to win it, a lifetime to think about it.