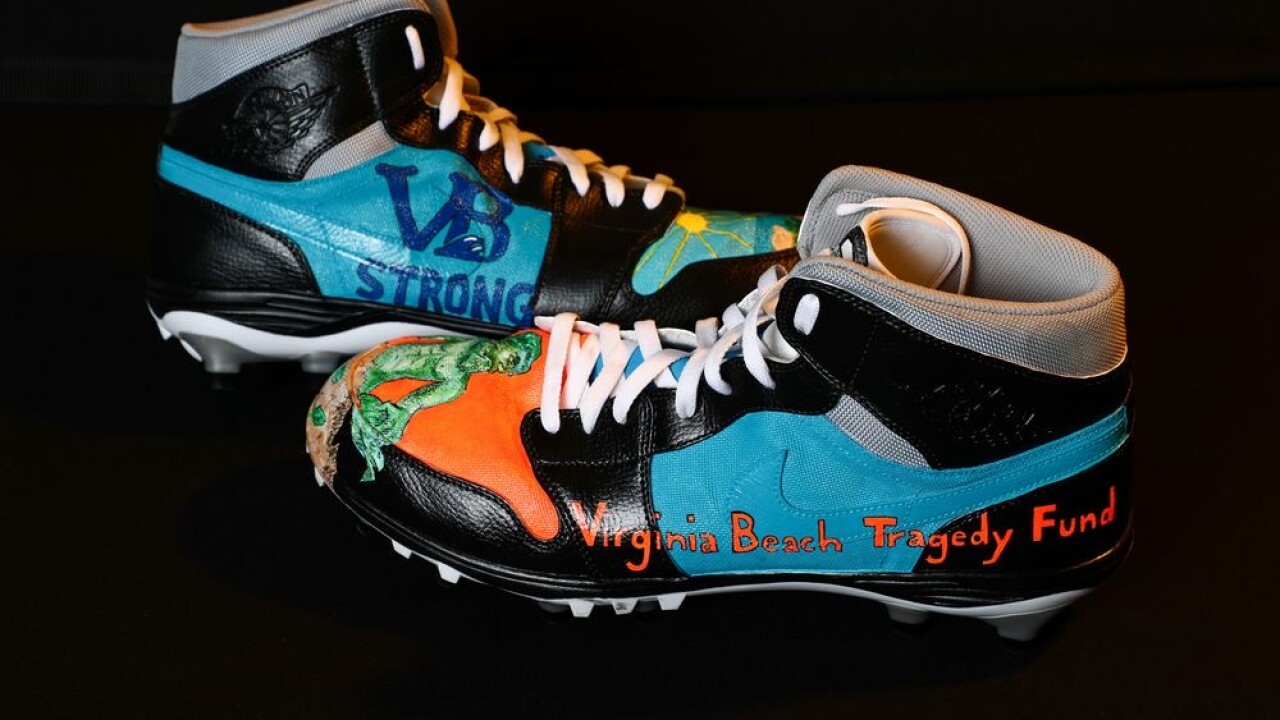 VIRGINIA BEACH, Va. – Derrick Nnadi has love for his hometown – from head to toe.

Sunday, as part of the NFL’s My Cause My Cleats weekend, Kansas City Chiefs defensive lineman Derrick Nnadi, an Ocean Lakes High School product, wore a custom-made pair of cleats to raise awareness for the Virginia Beach Tragedy Fund – established after 12 innocent victims were gunned down at the Virginia Beach Municipal Center. However, the shoes will also raise money in addition to awareness.

Through NFLAuctions, Nnadi’s cleats are being auctioned off. All proceeds will benefit the Tragedy Fund through the United Way of South Hampton Roads. The auction is open through at least January 1, 2020.

Nnadi, who was ranked as the nation’s fourth-best defensive tackle recruit and the No. 4 prospect in Virginia after a standout career at Ocean Lakes H.S., played in 48 games in four seasons at Florida State. The Chiefs selected Nnadi in the third round (75th overall) of the 2018 NFL Draft and he’s played in every game for Kansas City since being drafted.