HAMPTON, Va. - The line at Hampton City Hall wrapped around the entire lobby.

“I’m number one in line to be one of the first people to speak,” Gaylene Kanoyton.

Kanoyton was the first to walk up to the podium and start the sanctuary city conversation Wednesday night in front of the Hampton City Council and Mayor Donnie Tuck.

“It’s a lot of guns on the street. Why do people need assault weapons?” she adds.

She’s against the idea of cities not enforcing laws if proposed gun laws are passed. She wasn’t the only one there who feels this way.

“We are asking for sensible gun laws,” says one woman at the podium.

Kanoyton is also the president of the NAACP chapter in the city. She says gun violence is affecting African American communities.

“We are the most affected by violence, and there is a lot of guns on the street,” said Kanoyton.

“My heart does break when I do see anybody innocently lose their life off gun violence,” said Paul Smith.

He adds, “Just because I choose to use a gun - just like someone chooses not to - you are responsible for your own safety. It is not the government's job.”

There were also some people in line who are in the middle when it comes to this topic.

“Abide by the Second Amendment, but I also don’t want to see 'Joe Blow' crazy or someone with a history shooting at people,” said Jeff Wolf.

Almost 50 people stood in front of council arguing their side.

Mayor Tuck says he will not make any decisions before the General Assembly session.

“It’s council's belief that it would be premature of us to take an action on this matter absent of a formal decision by the General Assembly,” said Mayor Tuck. 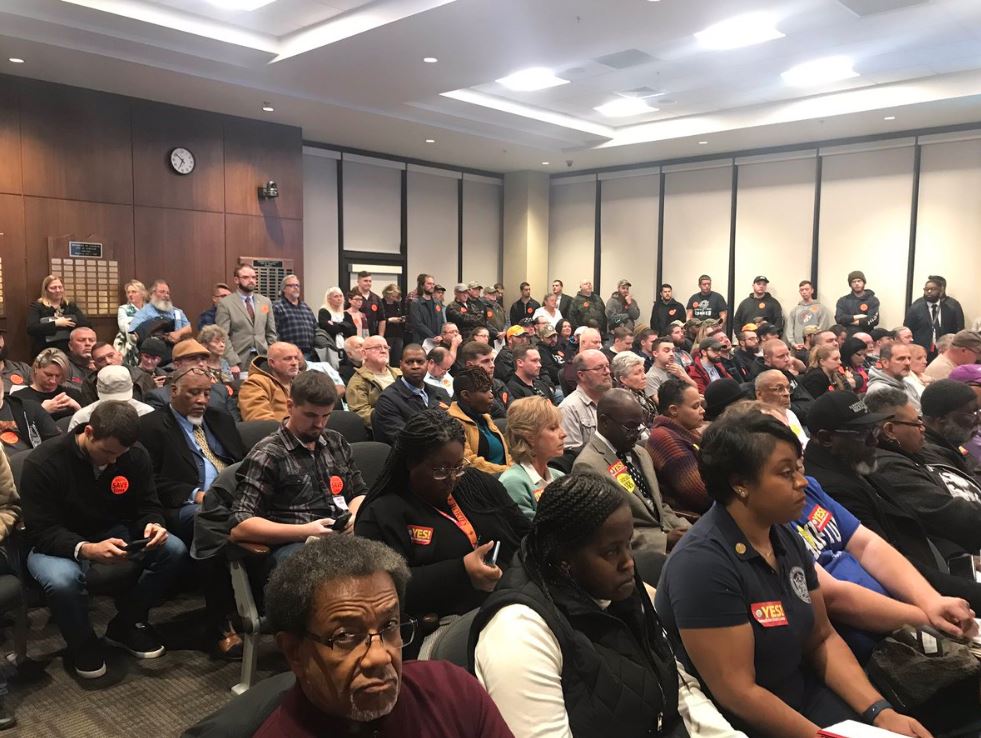