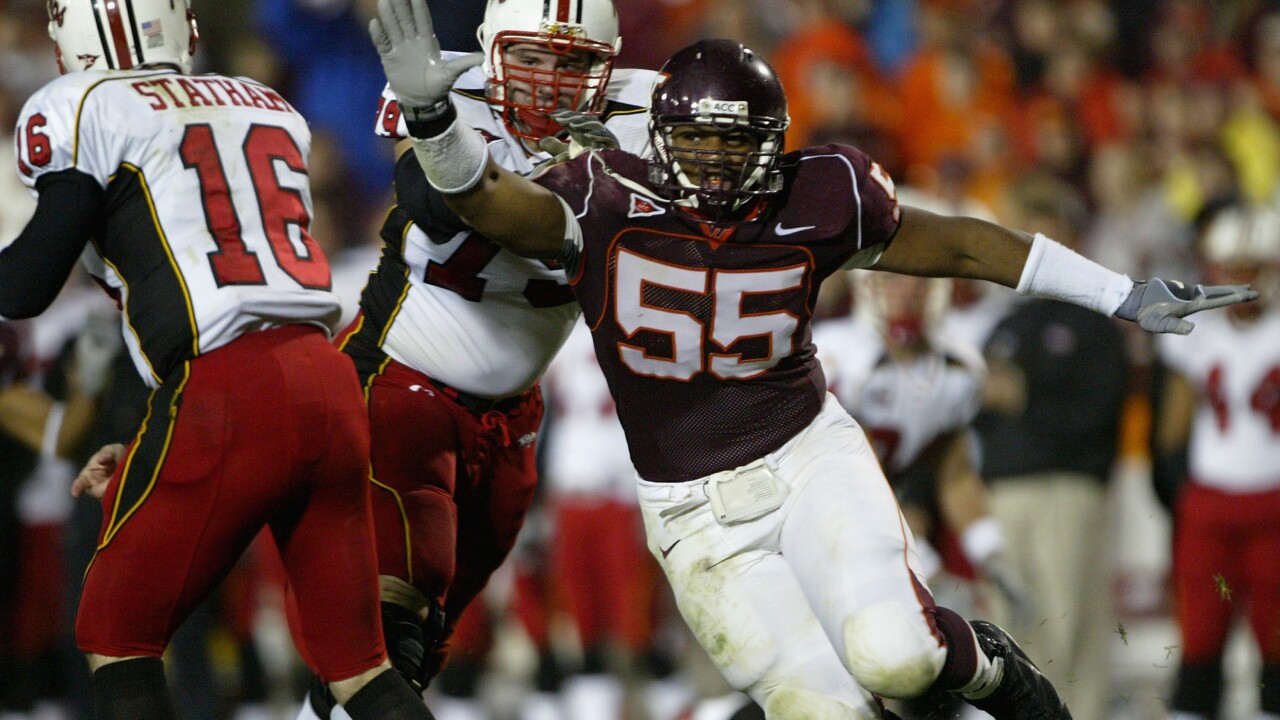 BLACKSBURG, Va. (HokieSports.com) – Head coach Justin Fuente announced Friday that 2005 All-America selection Darryl Tapp is returning to Blacksburg to serve as a defensive assistant coach. Regarded as one of the top defensive ends in Hokies’ history, Tapp was selected in the second round of the 2006 NFL Draft by Seattle, beginning a productive 12-year pro playing career.

Fuente also confirmed that he is adding Tracy Claeys to his staff as linebackers coach for the upcoming campaign, taking over those duties from longtime defensive coordinator Bud Foster who will retire from coaching following the 2019 season.

“We’ve wanted to find a way to bring Darryl Tapp back into our program for some time,” Fuente said. “If there is one former player who I’ve consistently heard Bud Foster use as an example of what it means to play defense at Virginia Tech, it’s Darryl Tapp. I know Coach Hamilton feels the same way about Darryl. He’s spent the past two seasons at Vanderbilt and Central Michigan preparing to take the next step in his coaching career. With his ties to the 757 region and his NFL experience, Darryl will be another great addition to our staff.”

The Chesapeake, Virginia native prepped at Deep Creek High School and came to Tech as a player along with Justin Hamilton and were part of the same class that helped the Hokies win the 2004 ACC Championship. Tapp served as a special teams quality control coach at Vanderbilt in 2019 after beginning his coaching career as a defensive quality control coach at Central Michigan. He also interned with the New Orleans following his NFL playing career.

“It’s great to be coming home to Virginia Tech,” Tapp said. “I always dreamed of playing at Virginia Tech and being drafted in the NFL. Both of those dreams became realities. Then as my playing days were coming to end, I knew I wanted to eventually get into coaching. In the back of my head, I thought how cool it would be if I ever got a chance to coach at Virginia Tech and share all the lessons I’ve learned over the years. I’m grateful to Coach Fuente for this opportunity and I can’t wait to get started with he and Coach Hamilton.”

Tapp recorded 10.0 sacks, 14.5 TFL and forced three fumbles during his senior campaign when he earned first-team AFCA All-America honors and was a second-team AP selection. As a freshman in 2002 he scooped up a blocked punt and returned it for a touchdown in a 21-9 win vs. Virginia. He finished his collegiate career with 187 tackles (94 solo), 21.5 sacks and 40.0 TFL to go along with 78 QB hurries. Tapp was inducted into the Virginia Tech Sports Hall of Fame as part of the class of 2018.

He and his wife, Tiffany are the parents of two children, Taylor and Darryl II (Deuce).