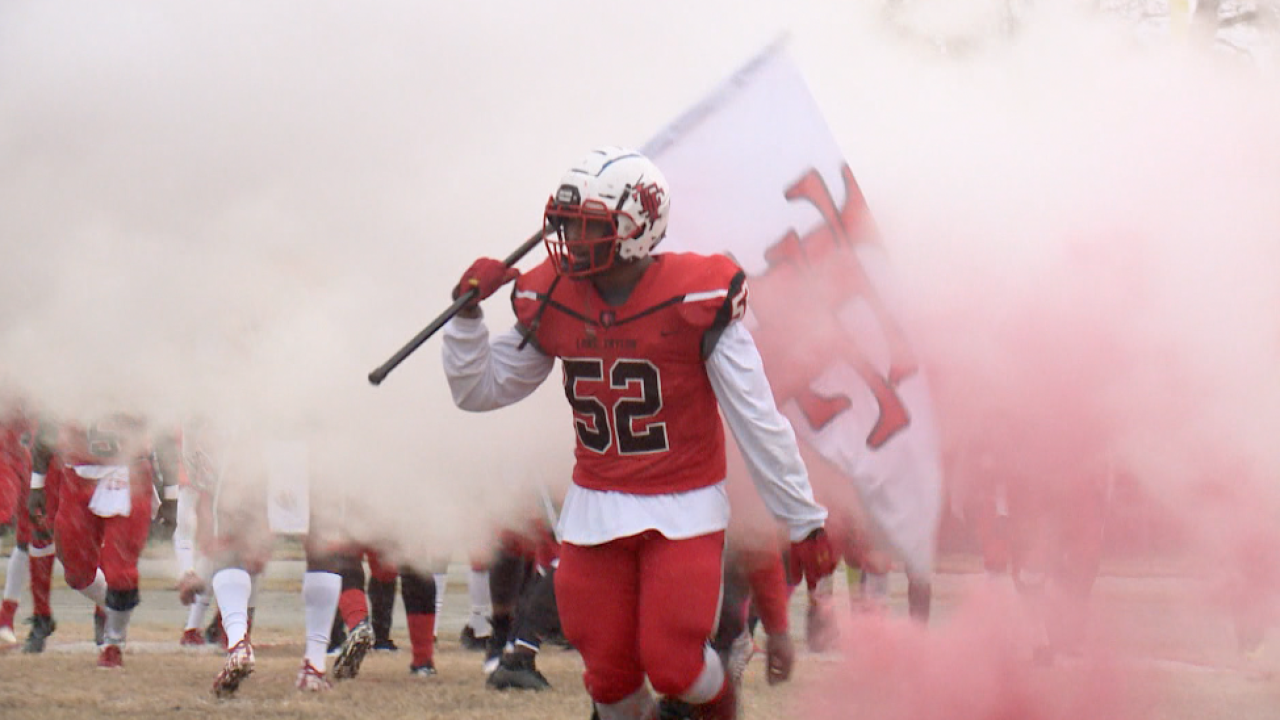 Saturday marked the first time since 2014 that the Titans have won a state title.

Lake Taylor wasted no time getting ahead of the Huskies, taking a 21-0 lead by the second quarter after three passing touchdowns by quarterback Jeff Foster.

Foster connected with Darious Speight the first two touchdowns and turned to Malik Newton during the Titans’ third trip to the end zone.

Foster turned to Speight again in the second half on a 31-yard touchdown pass, then Malik Newton added the Titans’ final touchdown of the game on 3-yard run as Lake Taylor went on to win 34-14.