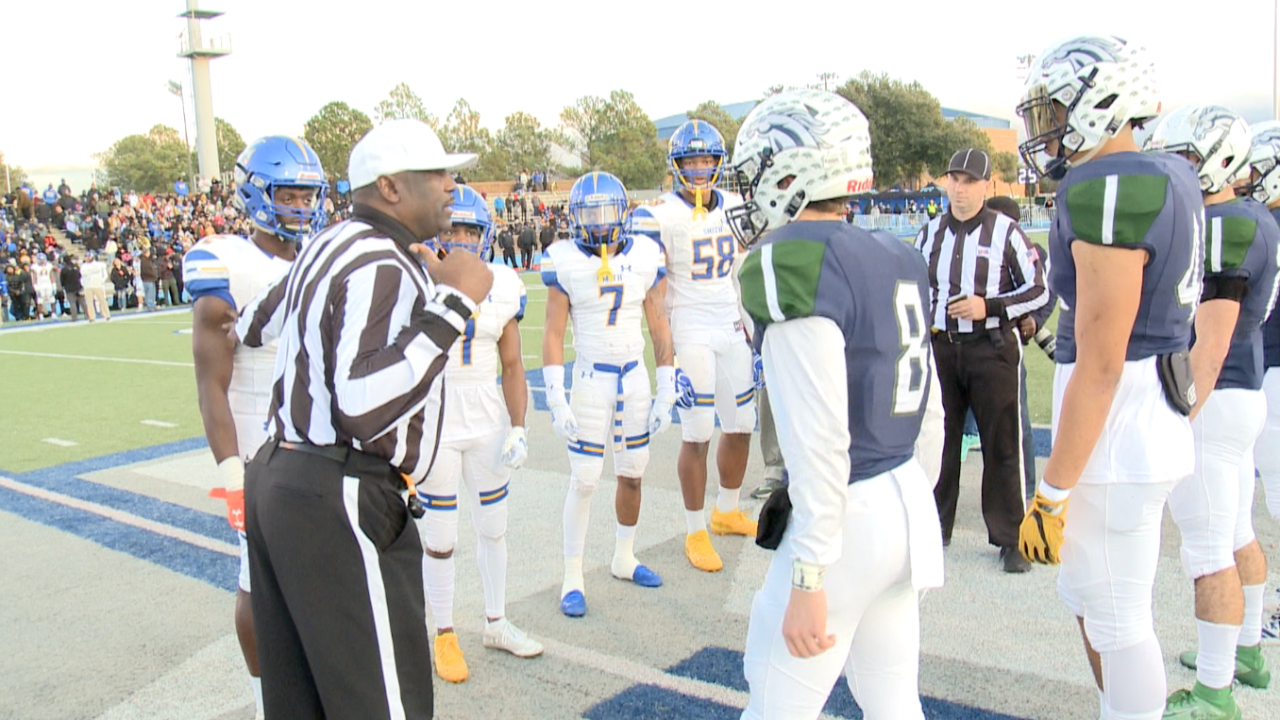 HAMPTON, Va. – Just one point separated Oscar Smith and South County when the clock hit zero, and it was the Stallions who had the edge, winning the Class 6 state championship 14-13.

The Tigers  were the much more productive team on offense, finishing the game with 302 total yards compared to South County’s 156, but the Tigers came up shorthanded a handful of times in the red zone.

Oscar Smith was first to score when Malcolm Britt’s rushing touchdown led to a 7-0 Tigers lead in the first quarter.

The Stallions quickly answered back when Matt Dzierski connected with Zion Dayne for a six-yard touchdown pass to tie the game at seven.  South County then picked off Vasko’s pass the ensuing drive, and capitalized with a Keyshawn Toran rushing touchdown.

Down 14-7,  Keyvon King scored on a four-yard run, but the extra point was missed and the Tigers trailed by one point at halftime.

Neither team could score in the second half and the Stallions claimed the championship trophy with a 14-13 victory at Hampton University’s Armstrong Stadium.

“Right now it doesn’t feel good, but I am so proud of how our young men fought all the way down to the very last play,” Tigers head coach Chris Scott said. “That’s a very good team over there. In championship games you’re supposed to battle back and forth, and our guys did that. I’m just proud of them.

“We answered the call in some adversity. They just stayed positive and kept going, kept going, all the way up until the end they thought they still had a chance. We always have a chance with one second on the clock with that group. They’re great men, they’re great ballplayers and gonna be heck of a group of leaders in the future.”