'This is not over. It's just begun': After jury report, Donovon Lynch's family reiterates call for federal investigation
Sports

LANDOVER, MARYLAND – DECEMBER 15: The scoreboard is seen announcing running back Adrian Peterson #26 of the Washington Redskins being ranked fifth on the NFL All-Time rushing list. (Photo by Patrick Smith/Getty Images)

LANDOVER, Md. – While the Washington Redskins lost to the Philadelphia Eagles on Sunday, there were a couple big milestones for Redskins fans to get excited about.

Adrian Peterson’s 10-yard rushing touchdown in the fourth quarter was the 110th of his career. That number ties him with Walter Payton for fourth all-time in NFL history.

One record on Sunday afternoon wasn’t enough for the future Hall of Famer.

His 66 yards on 16 carries put him ahead of Curtis Martin for fifth on the NFL all-time rushing list with 14,102 career yards.

.@AdrianPeterson continues to move up the record books. 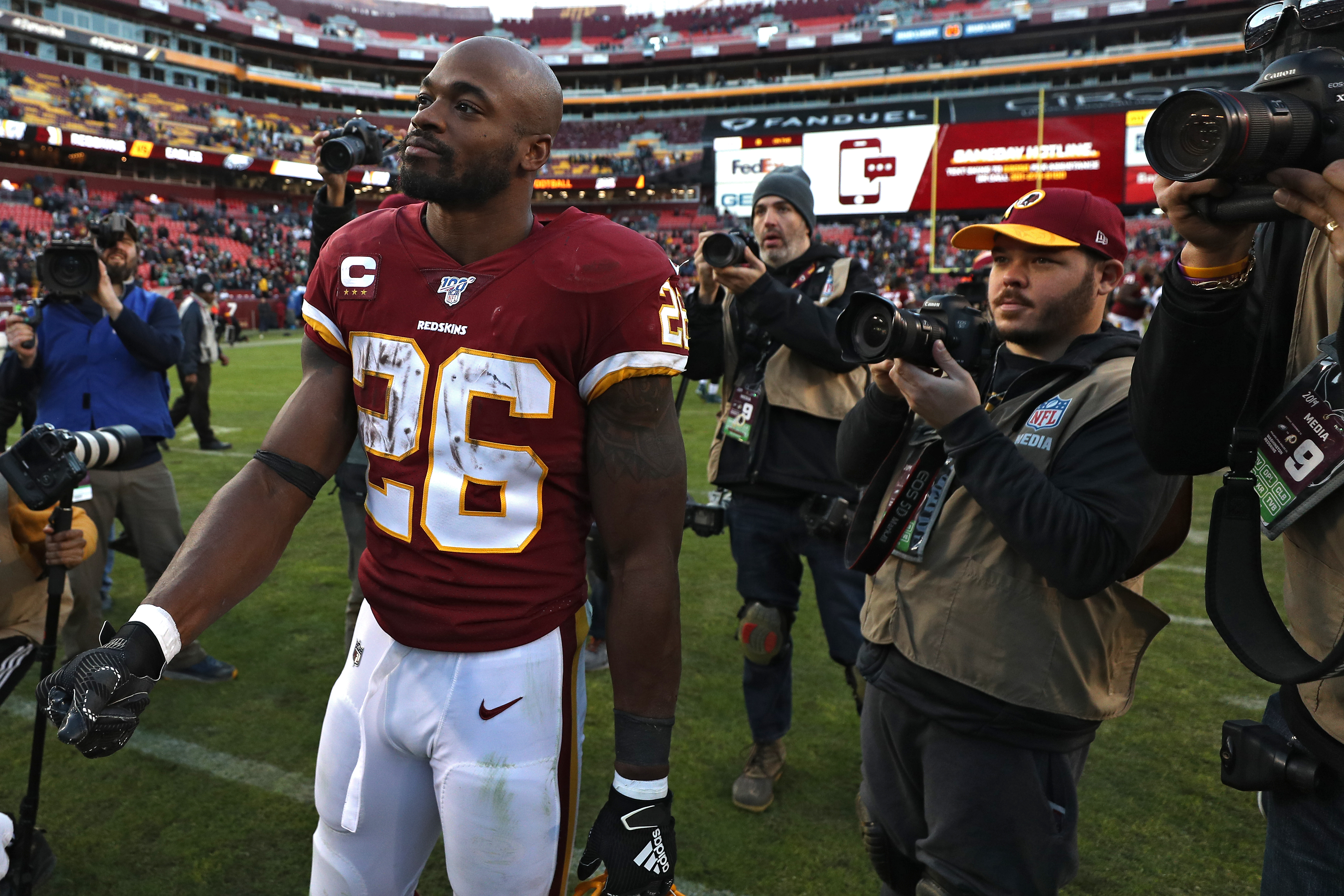