Driver charged after fatal crash in Suffolk at the MMMBT 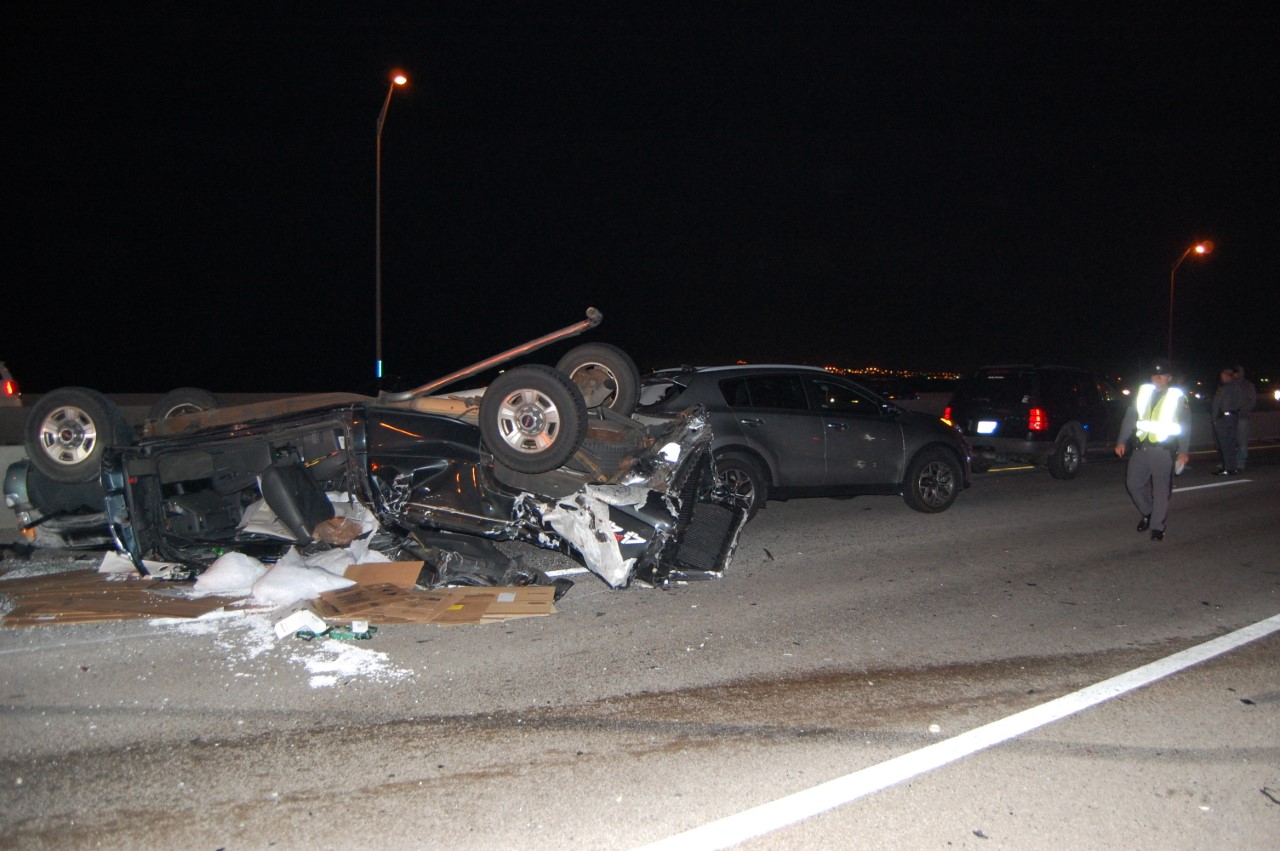 SUFFOLK, Va. – Northbound lanes at the Monitor Merrimac Memorial Bridge-Tunnel were shut down after a multi-vehicle crash left one person dead on Monday.

The crash involved five vehicles and killed one person. The incident was called in around 5:30 p.m.

Preliminary investigations from Virginia State Police reveal that a 2017 Isuzu box truck, driven by Tyler Ross Beam, struck a 2019 Chevy Trax in the rear. The box truck then proceeded to strike a 2005 GMC 1500 pickup in the rear, causing the vehicle to run off the roadway, into a jersey wall, and overturning partially on top of a 2002 Ford Explorer. The impact caused the Ford Explorer to rear end 2020 Kia Sportage.

The driver of the GMC pickup, 57-year-old Karen Loiuse Grieser succumbed from her injuries on scene, VSP said.

All lanes of Northbound I-664 at the MMMBT had been blocked off.

Officials announced that the lanes reopened as of 10:32 p.m., on Monday.

Tyler Ross Beam was transported from the scene and was charged with reckless driving, according to police.