Siblings who vanished from their Jacksonville, Florida yard are found safe 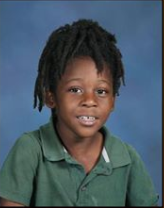 Two young siblings who were missing in Jacksonville, Florida, have been found safe, city and law enforcement officials said.

Braxton Williams, 6, and his sister Bri’ya Williams, 5, were found Tuesday in a dense wooded area “about 400 meters” north of their home, Sheriff Mike Williams told reporters. They were missing since Sunday.

A member of a search and rescue team heard a child’s voice, followed it and eventually found them, Williams said.

The sheriff said the children wandered off from their home and made it to a dilapidated pump house for shelter. Authorities don’t believe someone took them.

“They are lively and talkative, and asked for a cheese pizza,” Williams said.

Braxton and Bri’ya were taken to a hospital for observation, Williams said, because they were “a little dehydrated” and had some bruises.

Officials and residents were thrilled by the news.

“Overjoyed to hear that Braxton & Bri’ya have been found & are safe. This is a Christmas miracle,” Mayor Lenny Curry tweeted. “I’m thankful for the tireless efforts of first responders & compassionate members of our city. My prayers continue for this family & I’m so grateful for this positive outcome.”

The Florida Department of Law Enforcement tweeted Tuesday afternoon that the children were safe.

The children were last seen playing in their front yard, authorities said.