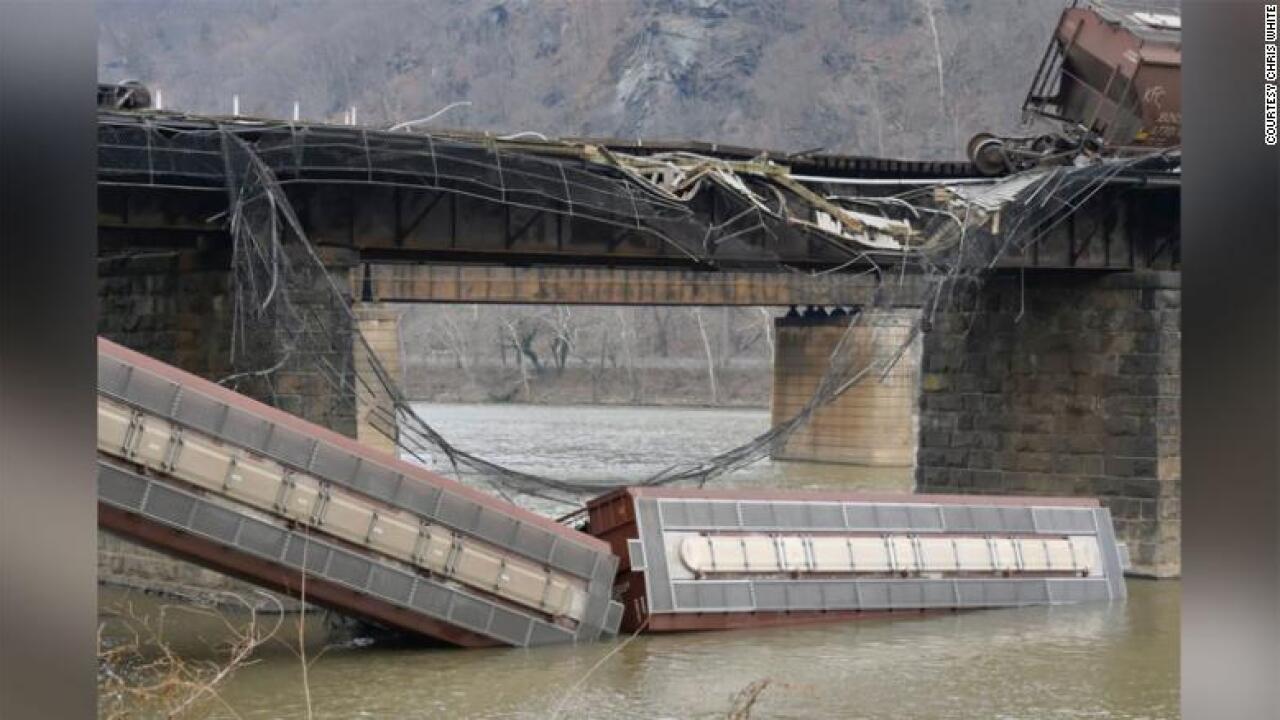 Authorities are monitoring the derailment and say there are no reports of injuries or hazardous spills.

Two freight cars fell into the Potomac River near Harpers Ferry, West Virginia, early Saturday morning when part of a Maryland-bound train derailed, according to a CSX spokesman.

Authorities are monitoring the derailment and say there are no reports of injuries or hazardous spills.

The train was traveling between Harpers Ferry, West Virginia, and Sandy Hook Road in Maryland when seven grain cars derailed over Winchester and Potomac Railroad Bridge. All the rail cars — including the two that fell into the Potomac River — were empty and no injuries were reported, CSX Spokesman Bryan Tucker told CNN.

The cause of the derailment remains unclear and is under investigation, CSX said. The railway is working to swiftly to clean up and restore the area, according to Tucker.

Washington County Emergency Management said it “is closely monitoring the scene and reports no injuries, no spills, no hazardous materials and no immediate danger to the public,” according to a statement on the agency’s website.

The Washington County Division of Emergency Services closed Sandy Hook Road as a result of the train derailment, adding that the “road closure is expected to last until midnight with the possibility of extending into tomorrow morning.”

Amtrak service will not be impacted by the derailment, says Tucker.

Fire departments from Frederick County in Maryland and Jefferson and Washington counties in West Virginia, as well as the CSX Police Department, responded to the derailment, according to a spokeswoman at the Washington County 911 dispatch.