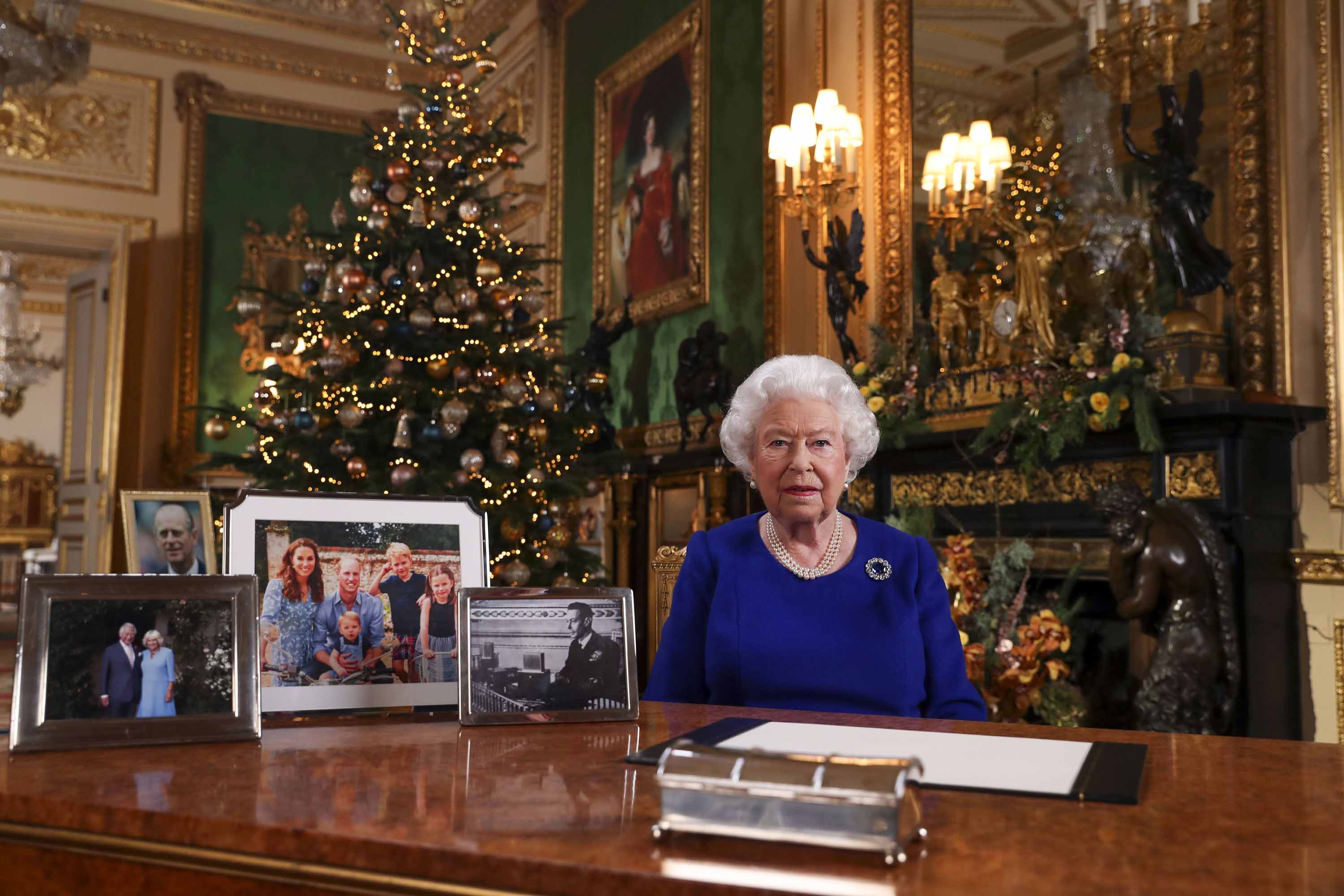 Britain’s Queen Elizabeth II highlighted environmentalism in her annual Christmas broadcast Wednesday, and insisted on the possibility of reconciliation at the end of a year that saw the United Kingdom wracked by divisions over Brexit.

Riffing on this year’s 75th anniversary of the D-Day landings during World War II, the 93-year-old monarch said, “those who had formerly been sworn enemies came together in friendly commemorations.”

“Such reconciliation seldom happens overnight. It takes patience and time to rebuild trust, and progress often comes through small steps,” she added.

The Queen also said that although the challenges people face today were different to those of her generation, she had been “struck by how new generations have brought a similar sense of purpose to issues such as protecting our environment and our climate.”

In the broadcast, which was pre-recorded at Windsor Castle, the British sovereign spoke of her delight at welcoming her eighth great-grandchild to the royal family — the Duke and Duchess of Sussex‘s first child, Archie.

“Philip and I have been delighted to welcome our eighth great grandchild into our family,” the Queen said. “Of course, at the heart of the Christmas story lies the birth of a child: a seemingly small and insignificant step overlooked by many in Bethlehem.”

Seated behind a desk in a royal blue cashmere dress designed by Angela Kelly, the Queen added that over time Jesus showed “how small steps taken in faith and in hope can overcome long-held differences and deep-seated divisions to bring harmony and understanding.”

Continuing with the annual address, the monarch also admitted that 2019 had been a demanding year, saying that the path was not always smooth and “at times this year have felt quite bumpy, but small steps can make a world of difference.”

The Queen did not specify whether she was referring to the political turmoil over Brexit or reflecting on events involving her own family, or both. The Queen officially remains neutral in political matters.

Her 97-year-old husband, Prince Philip, was discharged from a London hospital after a four-night stay for an undisclosed condition Tuesday morning.

Earlier this year, the Duke of Edinburgh gave up his driving license after he was involved in a car crash near the Queen’s Sandringham estate in Norfolk. While the duke emerged unharmed, the driver of another vehicle in the collision suffered cuts to her knee and a passenger sustained a broken wrist.

Andrew has kept a low profile in the weeks since but he was pictured walking alongside his brother Prince Charles as the pair made their way to a private Christmas Day church service on Wednesday morning.

The Queen returned to the theme of reconciliation at the end of the speech, saying: “It’s a timely reminder of what positive things can be achieved when people set aside past differences and come together in the spirit of friendship and reconciliation.”

The Queen addressed the nation surrounded by a selection of photographs of her family including of her father George VI, her son Prince Charles and his wife Camilla, and Prince William, his wife Catherine and their children — her father and likely successors.

A photograph of her husband Prince Philip from her private collection featured behind her, as did one of her with Apollo 11 astronauts Michael Collins, Neil Armstrong and Edwin “Buzz” Aldrin at Buckingham Palace in 1970. This year marked the 50th anniversary of the famous moon mission.