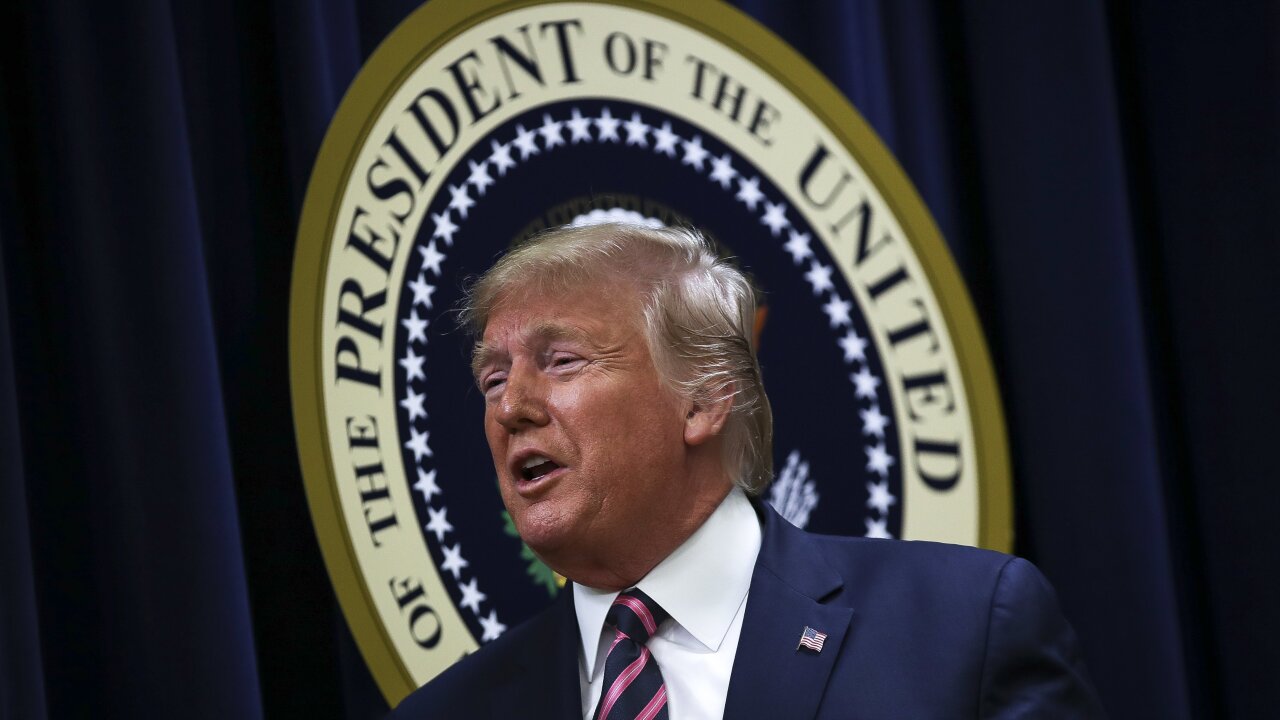 The holiday vacation President Donald Trump once viewed as the raring precursor to a vindictive Senate trial has instead turned into a deadlocked interlude as he battles Democrats over the time and place for his symbolic day in court.

“Why should Crazy Nancy Pelosi, just because she has a slight majority in the House, be allowed to Impeach the President of the United States?” Trump tweeted as the holiday came to an end. “Now Pelosi is demanding everything the Republicans weren’t allowed to have in the House. Dems want to run majority Republican Senate. Hypocrites!”

The only official word from the President on Christmas was a four-paragraph statement emailed from the White House.

“Together, we must strive to foster a culture of deeper understanding and respect — traits that exemplify the teachings of Christ,” the President wrote.

Just a day before his Christmas greetings, Trump’s campaign had emailed a statement of their own touting the launch of a new website “designed to help the President’s supporters win arguments with liberal friends, relatives, and snowflakes they encounter during the holidays.”

And Trump himself was steaming inside the gilded Mar-a-Lago living room, fostering neither respect nor unity as he answered a question about his Washington nemesis, House Speaker Nancy Pelosi.

“She’s a tremendous disservice to the country and she’s not doing a good job and some people think that she doesn’t know what she’s doing,” he said, seated in front of a videoconference screen that minutes earlier had beamed in US troops from around the globe. “A lot of people think that, a lot of people have said it.”

It’s hardly a surprise anymore that Trump’s sedate official calls for harmony are not exactly reflected in his actions or words. Freshly impeached by the House and eager for his Senate trial to begin, Trump is spending the holidays in a tense intermission as lawmakers argue over their next steps.

A week since the impeachment vote, there is no sign of a break in the Christmas impasse over how and when his impeachment trial will transpire. Democrats have demanded to know the parameters of the trial before sending over their articles of impeachment, and have made clear they believe it should include witnesses.

Republicans, meanwhile, are largely opposed to calling witnesses, believing a quick trial is the best way to avoid further fallout from the impeachment drama. But at least one moderate Republican, Sen. Lisa Murkowski of Alaska, is questioning comments from the party’s leader vowing to coordinate with the White House, saying they’ve confused an already muddled process.

The uncertain interval wasn’t what Trump was hoping for when he resigned himself last week to becoming only the third US president to be impeached. Even as it became clear he would not avoid that stain on his legacy, Trump looked to the trial in the Republican-held Senate as an inevitable vindication.

The President has displayed impatience at getting the proceedings underway. But the top Republican in the Senate does not appear to share his eagerness, saying he’s happy to delay the start of a trial he doesn’t particularly want to hold.

“I’m not anxious to have this trial, so if she wants to hold all the papers, go right ahead,” Senate Majority Leader Mitch McConnell said Monday on “Fox and Friends.” “We’re at an impasse.”

Pelosi wrote in a letter to Democrats this week that she wasn’t going to appoint Democratic managers — those lawmakers who will argue the case in the Senate — until she knows more about how the trial will proceed, leaving the two sides at a stalemate.

The standoff has irritated Trump, who holds his own views on how the trial should proceed (with witnesses and dramatics) but seems, for now, willing to put those visions aside for the more staid and concise proceeding favored by many Republicans.

“Ultimately that decision is going to be made by Mitch McConnell, and he will make it — he has the right to do whatever he wants; he’s the head of the Senate,” Trump told reporters on Tuesday.

Republican sources told CNN this week that McConnell is open to going to the Senate floor without support from the Democratic Leader Sen. Chuck Schumer on a rule to conduct the impeachment trial. He would need the support of 51 GOP senators to approve such a rule, which many Republicans believe he would be able to lock down.

Still, not all members of his party are enthusiastic at McConnell’s handling of the matter. Murkowski said in a television interview this week that McConnell had “confused the process” by saying he was acting in “total coordination” with the White House on setting the parameters for the trial.

“In fairness, when I heard that, I was disturbed,” Murkowski told KTUU, a CNN affiliate. “To me, it means that we have to take that step back from being hand in glove with the defense, and so I heard what Leader McConnell had said, I happened to think that that has further confused the process.”

Ready to go his own way

McConnell’s preference remains cutting a bipartisan deal with Schumer, like the one that was reached during the Clinton trial, Republican sources said. There is an expectation that the two men will still try to discuss a bipartisan way forward as the Senate gets back into session in January.

But if they can’t reach a deal, McConnell almost certainly would go to the floor to set the procedures for the trial. Republicans say they want the articles transmitted first from the House to the Senate to begin that process, which Democrats refuse to do until they see the procedures.

With neither side budging from those opposing positions, there was no indication they would reach an agreement in the next several days. That’s left Trump uncertain and agitated as he settles into a two-week long stay at his Florida resort.

Before he left, some aides expressed concern he would spend his time at the resort surrounded by conservative allies who might convince him to buck the legal advice he’d received and push for a show trial.

Since departing Washington last Friday, Trump has been lapping up the positive attention that has become a hallmark of his southern getaways to Mar-a-Lago. After weeks of full-tilt jousting with Democrats that ended in his impeachment, his return to Palm Beach resembled a hero’s return, if the hero was wounded and hungry for revenge.

As he left Washington, Trump was disturbed by an editorial in Christianity Today calling for his ouster. He received assurances over the weekend of his continued standing with white Christian evangelicals from Jerry Falwell, the evangelical leader and Liberty University president who spent several evenings at Mar-a-Lago last weekend.

Perhaps with those voters in mind, Trump also swapped the traditional stone Episcopalian church where he’s worshipped at past Christmas Eves for a more modern Baptist service, complete with fake snow and smoke.

Afterward, he was spotted chatting in the club’s ballroom with Alan Dershowitz, a retired Harvard Law School professor who has been discussed as a possible addition to his legal team.

Trump also encountered the Washington Capitals captain Alex Ovechkin at the club and posed for photos as the Russian-born hockey player handed him a jersey.