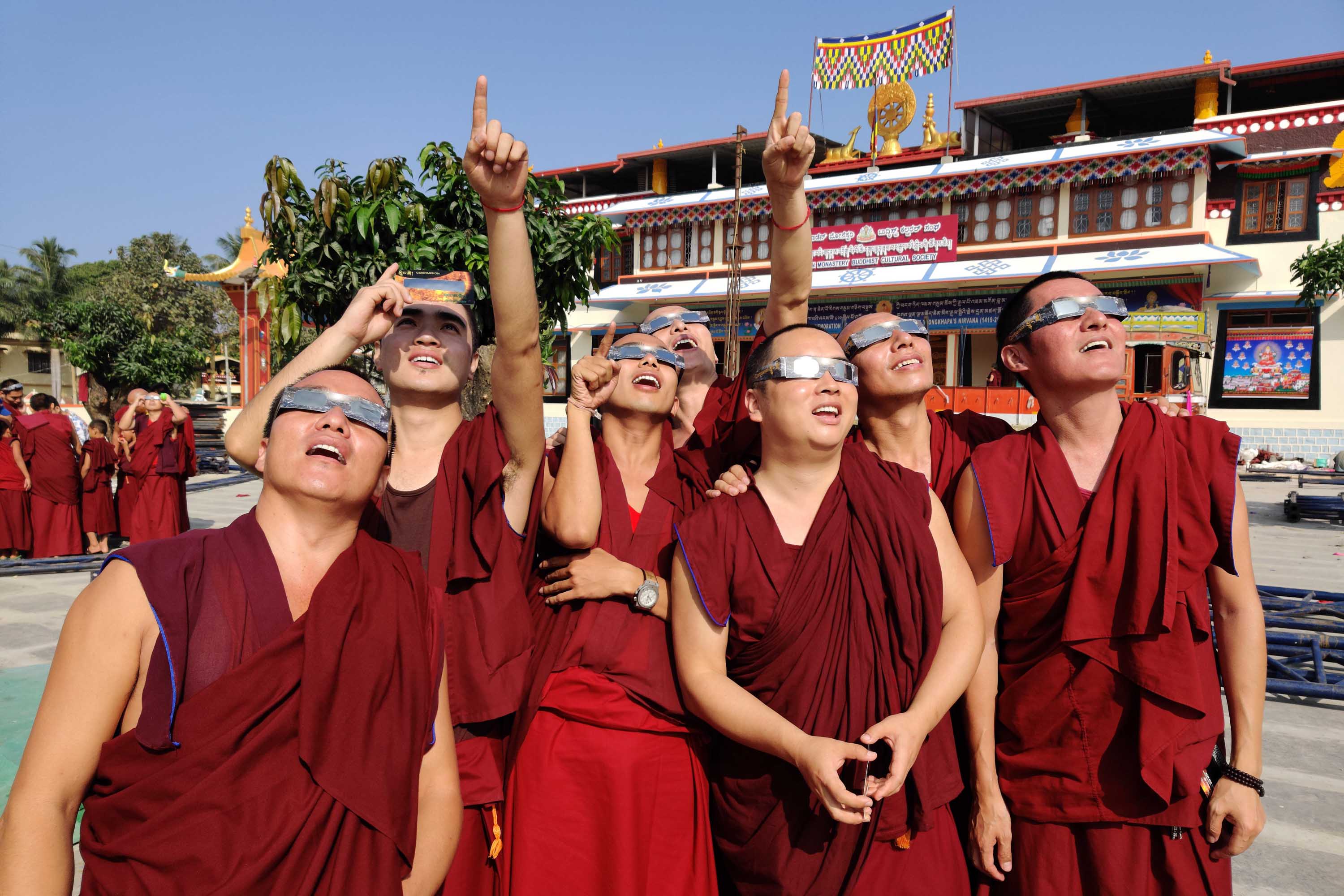 The universe sent one last solar salute of the decade down to Earth on Christmas day — or Thursday, December 26, depending on where you are in the world.

Commonly referred to as the “ring of fire” eclipse, this annular solar event occurs as the moon passes in front of the sun, covering the sun’s center and leaving a blazing ring of light around the moon’s silhouette.

The celestial celebration wasn’t visible from North America, but lucky watchers in parts of Indonesia, southern India, Oman and Saudi Arabia were able to see — and capture breathtaking images — of the eclipse.

Here are a few photos of the spectacular event

A young girl in Tanjung Piai, Malaysia, gazed at the eclipse through solar filter glasses.

Early in the morning, a group of seagulls flew above a beach in Kuwait City as the moon partially eclipsed the sun on the horizon.

A crowd gathered outside in Jakarta, Indonesia, donning protective glasses to view the eclipse.

A radiating “ring of fire” was captured through a safety glass in Siak, Riau province, Indonesia, one of the areas in a swath of southern Asia that was able to see the full eclipse.

A group of monks wore solar filter glasses to watch the event at the Ganden monastery in a Tibetan colony in India’s southern Karnataka state.

People knelt and prayed as the eclipse was projected onto a screen in the Indonesian port city of Surabaya.

A roadside vendor caught a glimpse of the partial eclipse through a pair of protective glasses in Hyderabad, India.

An eerie sight in the south Indian city of Dindigul in Tamil Nadu state as the moon totally covers the face of the sun.

A few workers improvised eye protection by using a piece of welder’s glass to watch the solar sight in Singapore.

A Sri Lankan man stood outside the national planetarium wearing his protective glasses in the country’s capital city of Colombo.

If you missed the thrilling solar event, you can watch a time-lapse of the eclipse as seen from space on Space.com.