Bicyclist dies after being hit by train in Suffolk

SUFFOLK, Va. - A bicyclist has died after being hit by an Amtrak train in the 300 block of E. Washington Street Friday night.

The call came in at 6:30 p.m. Authorities say the crash happened at the intersection of Hall Avenue and E. Washington Street.

Police pronounced the bicyclist, a man, dead at the scene. After the notification of next of kin, he has been identified as 55-year-old Kerry L. Hawkins of Suffolk.

Officers with the Suffolk Police Department and Suffolk Fire & Rescue crews are currently on scene.

According to an Amtrak spokesperson, 135 people were on the train at the time of the crash. None of the train's passengers or crew members were injured.

Service on the train was temporarily suspended. As of 10 p.m., the spokesperson said service will resume and the train will head to Norfolk.

We spoke to a passenger on the train who said she's been through a situation like this before.

"I felt a little bump and again, I've told you I've been in a train situation like this before. I knew something felt funny and then we just came almost to a screeching halt. It was an abrupt halt. We knew something had happened," said passenger Tina Lassiter.

As of 10:15 p.m., the road in the area, along with the rail crossing at Liberty Street and Moore Avenue, has reopened after having been closed while police investigated.

The Suffolk Police Department is investigating the incident, and Amtrak is cooperating with the incident. 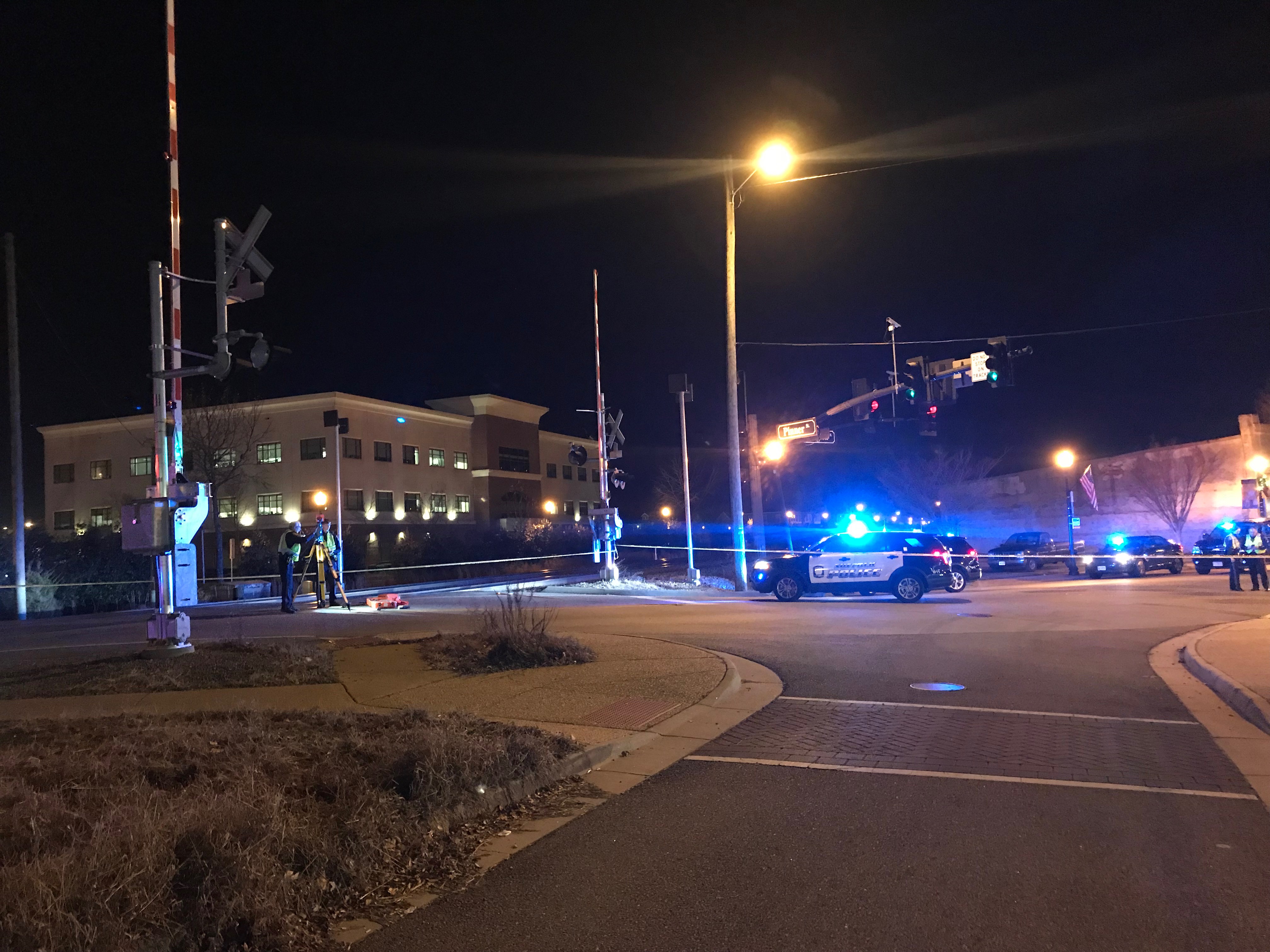