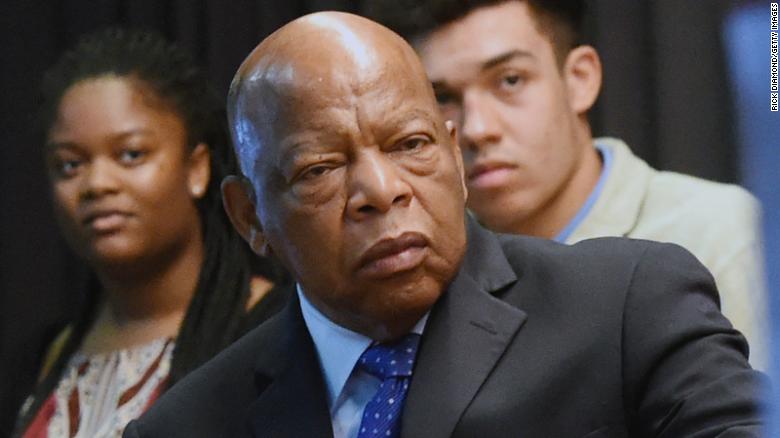 Civil rights icon and US Democratic Rep. John Lewis of Georgia has been diagnosed with stage 4 pancreatic cancer, his office announced Sunday.

Lewis, 79, will undergo treatment for it, his office said.

“I have been in some kind of fight — for freedom, equality, basic human rights — for nearly my entire life. I have never faced a fight quite like the one I have now,” Lewis said in a statement.

“This month in a routine medical visit, and subsequent tests, doctors discovered Stage IV pancreatic cancer. This diagnosis has been reconfirmed,” he said.

“While I am clear-eyed about the prognosis, doctors have told me that recent medical advances have made this type of caner treatable in many cases, that treatment options are no longer as debilitating as they once were, and that I have a fighting chance,” he added

The long-serving Democrat has represented Georgia’s 5th Congressional District, which includes much of Atlanta, since first being elected in 1986.

Several local politicians have weighed in on the news, including Tim Kaine, Rep. Donald McEachin, and Justin Fairfax.

This is heartbreaking news from an American hero — Anne and I are keeping Congressman Lewis and his family in our prayers. https://t.co/cH4kboNWqt

. @repjohnlewis is an example of courage and strength. I will be praying for him during this fight. https://t.co/kpyply1cjM

God bless the incomparable @repjohnlewis. You are the best of who we are. A grateful nation kneels in prayer for you & your family.

This talk @RepCummings Homegoing was #SpiritualWealth personified. You continue to show us the courage to fight & win. We love you.#JohnLewis pic.twitter.com/nO5e6HVFi6