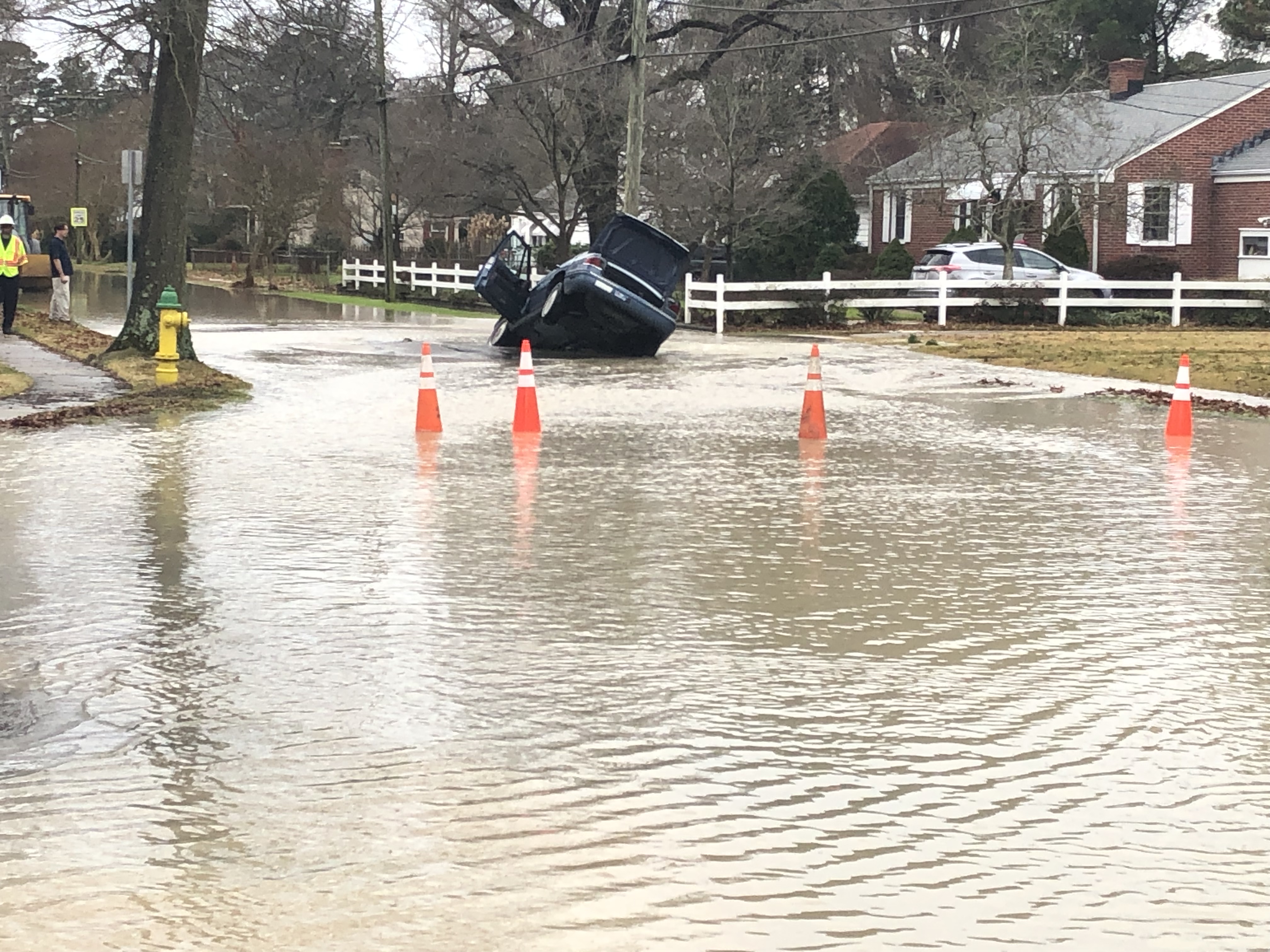 NORFOLK, Va. - A water main break caused a portion of the road to collapse in the vicinity of Fisherman's Road and East Bayview Boulevard.

Norfolk Public Utilities told News 3 an underground pipe from the 1940s had burst.

They said the pipe was probably already broken and when the car drove over it Monday morning, the road collapsed.

The city said they use data to try and find older pipes that need to be replaced so this is prevented.

Pictures from the scene show a car with its front partially submerged in the water.

They didn't have a specific number but officials said water is turned off at multiple homes in the area.