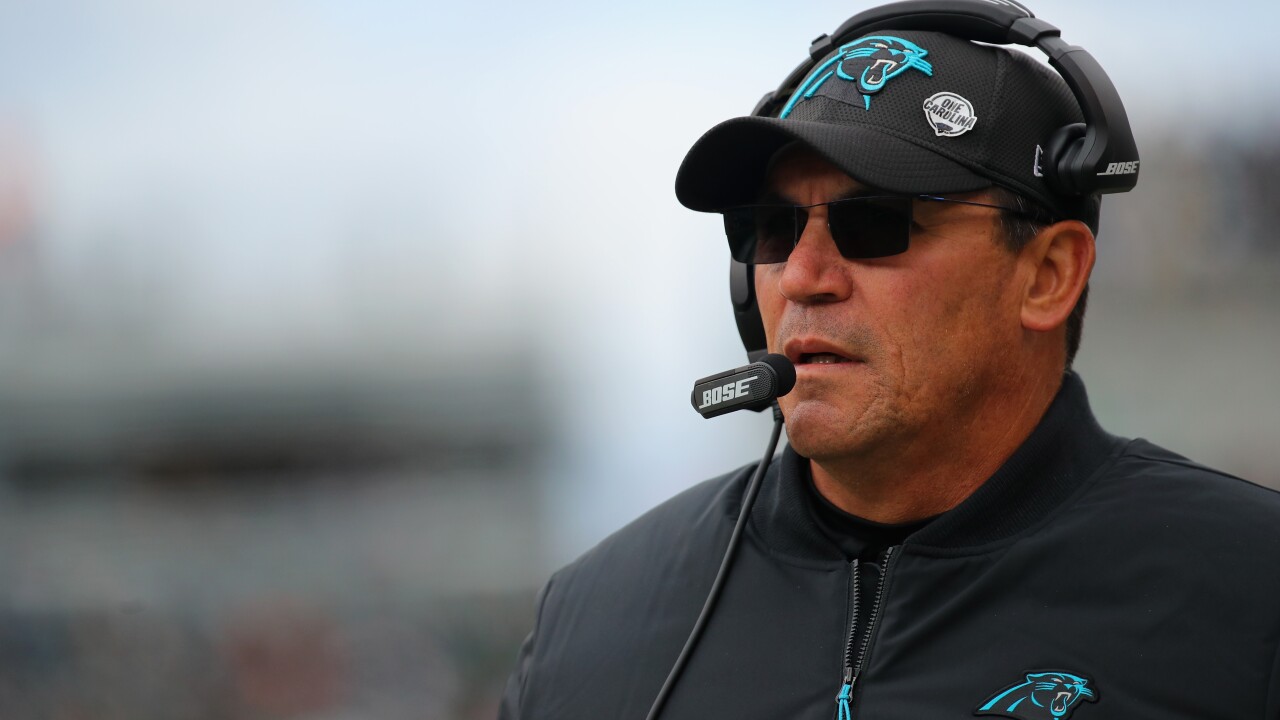 LOUDOUN COUNTY, Va. – Ron to the rescue for the Redskins.

Ron Rivera, who guided the Carolina Panthers to three division titles and a Super Bowl appearance, has been hired as the Washington Redskins new head coach. The team made the official announcement Wednesday morning.

“After several meetings with Coach Rivera, it was clear he is the right person to bring winning football back to Washington D.C.,” said Dan Snyder, Washington Redskins Owner, in a statement. “He is widely respected around the league as a man of great integrity and has proven to be one of the finest coaches in the country.”

“While I love the storied history of the franchise, I am focused on the future and excited for the opportunity to win football games with this talented young team,” said Rivera in a statement. “After meeting Dan Snyder, it was clear we are aligned in our passion for the game and he supports my vision to turn the team around. I look forward to surrounding myself with great people and getting to work.”

Prior to his tenure with the Panthers, Rivera served six seasons as a defensive coordinator for the Chicago Bears (2004-2006) and San Diego Chargers (2008-2010). He also worked for the Philadelphia Eagles as the team’s linebackers coach from 1999-2003 after starting his career as a defensive quality control coach for the Bears (1997-1998).

The Fort Ord, California native played college football at California and was a second round draft pick of the Chicago Bears in 1984. As a linebacker, he played in 137 games in nine seasons for Chicago and was a member of the Bears’ 1985 Super Bowl championship team.

Rivera replaces interim head coach Bill Callahan, who took over in Washington when Jay Gruden was fired after the team’s 0-and-5 start.

Monday, the Redskins fired team president Bruce Allen following a decade of futility with him serving as the team’s top executive – capped by a 3-and-13 campaign in 2019. Jason La Canfora of CBS Sports reports the Redskins might not finalize their new front office structure until after April’s NFL Draft and that Rivera is likely to retain current offensive coordinator Kevin O’Connell.