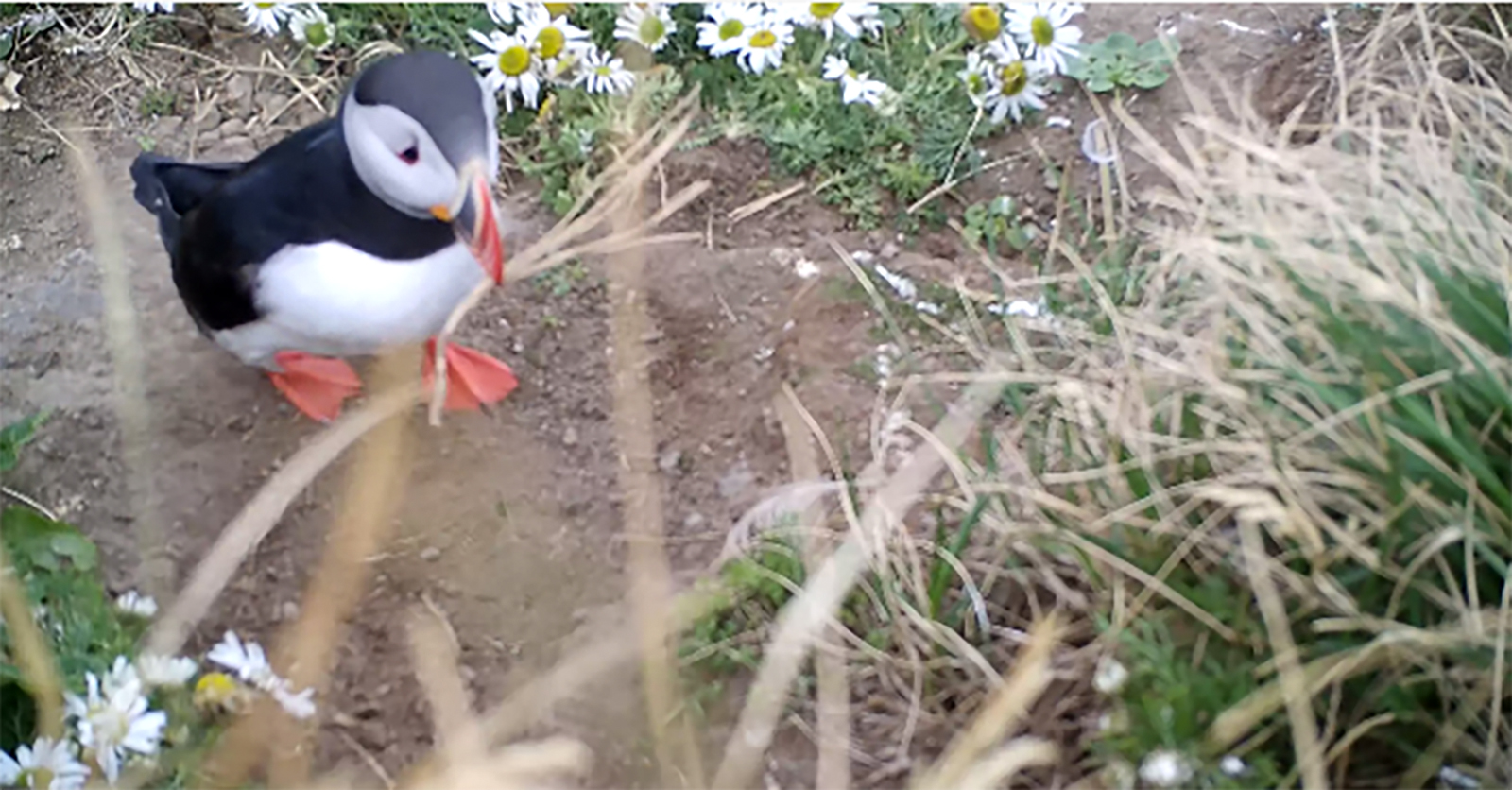 A team of animal experts observed two Atlantic puffins, more than 1,000 miles apart, spontaneously scratching themselves with sticks — the first time wild seabirds have been spotted using tools, according to new findings in the journal Proceedings of the National Academy of Sciences.

It’s exciting for a few reasons, author Annette Fayet said: It could mean wild birds are capable of using tools and have a reason to use them. Animals who use tools typically have higher cognitive abilities.

What’s more, the birds exhibited the same behavior on different islands — so while it may be rare for the swollen-chested birds to itch themselves with branches, the behavior isn’t restricted to a single population.

“Seabirds’ physical cognition may have been underestimated,” the authors wrote.

An itch their beaks couldn’t scratch

Researchers observed two puffins — one in Wales, one on an Icelandic island (where researchers planted a camera) — using a stick to itch themselves.

In footage from Iceland, a puffin toddles toward the camera, picks up a stick in its beak, then reaches under its chest to scratch itself with the tiny branch.

The authors aren’t sure just why the puffins picked up sticks, though they assume it needed to knock off seabird ticks that plague coastal populations. Perhaps the branch was a more effective removal method than its beak.

Stick scratching is the second type of tool use in birds

The study rules out any doubt that the birds were merely building nests — puffins are particular, and prefer lining their burrows with softer materials, like grass and feathers. The footage shows the puffin in Iceland collecting both.

The stick it used to itch its chest, meanwhile, remains on the grass, right where the puffin dropped it.

Animals use tools for a few reasons, researchers noted, mainly to feed. It’s not uncommon for some creatures to maintain themselves using tools, like chimpanzees that groom or wipe themselves with natural objects and captive parrots that itch with sticks.

The puffins’ scratching is only the second type of tool use related to body care spotted in wild birds — the first is “anting,” when birds smear ants all over their plumage to fight parasites.

“Our observations alone cannot solve the puzzle of the evolution of animal tool use,” Fayet told CNN. “Many more species may also be using tools, but we simply haven’t observed them yet.”