HAMPTON ROADS, Va. - They were born not only into a new year, but a new decade. Within an hour of the ball dropping, three families across Hampton Roads welcomed new bundles of joy.

One of those little sweet surprises - Rachel Marie Holley.

"All of my kids have been early. We were expecting early, but not New Years' Eve - that wasn't in the plans," said mom Christine Holley.

6-pound, 13-ounce Rachel Marie lets out a tiny cry as mom says that. Certainly, she wants her presence known this New Year's Day.

"She came exactly one hour after the ball dropped, with just five pushes," explained Chrstine.

Their new girl arrived two weeks early at Sentara Princess Anne Hospital. Christine was only in labor for about three hours. 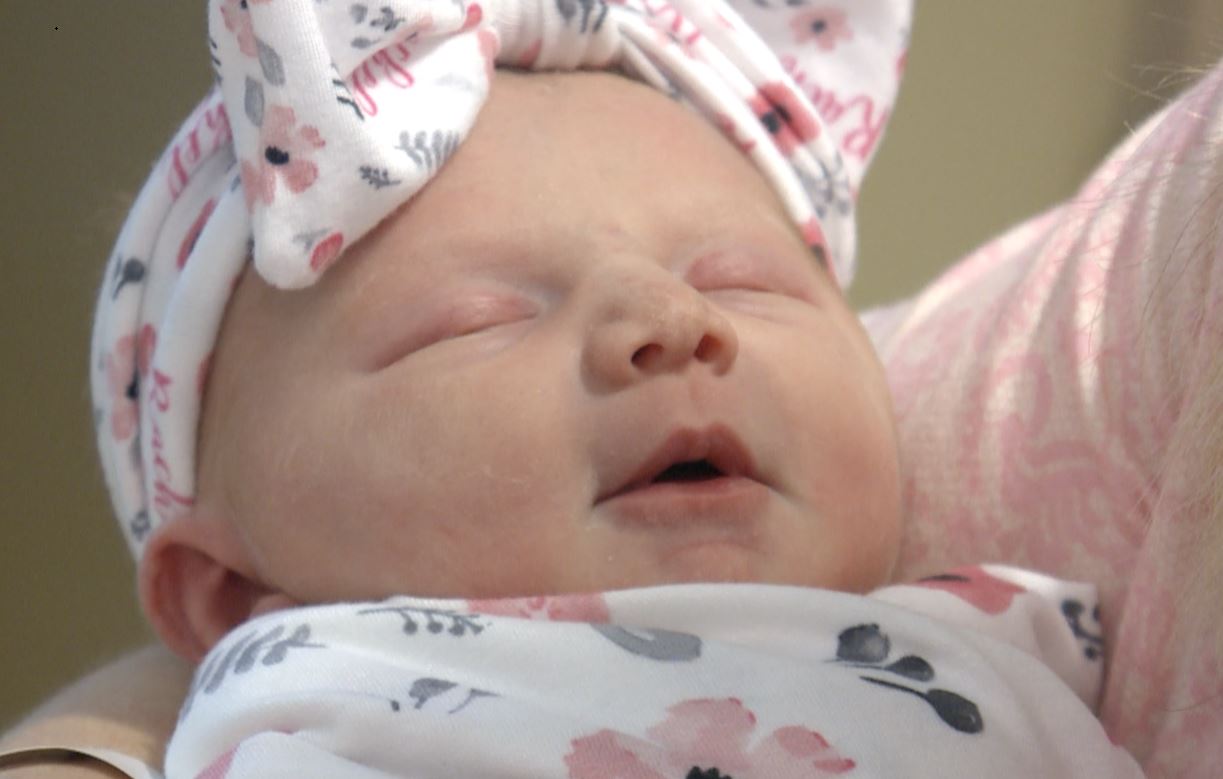 Around 8 p.m. on Tuesday, Christine was working at Wasserhund Brewery in Virginia Beach, a place she and her husband own.

"I was just chatting with someone at the bar when my water broke," she said.

Rachel Marie will now usher in the new year and the new decade next to her older brothers.

"We are excited. This is memorable. We just hope she grows up to be loving and generous, kind and accepting of everyone," said Holley.