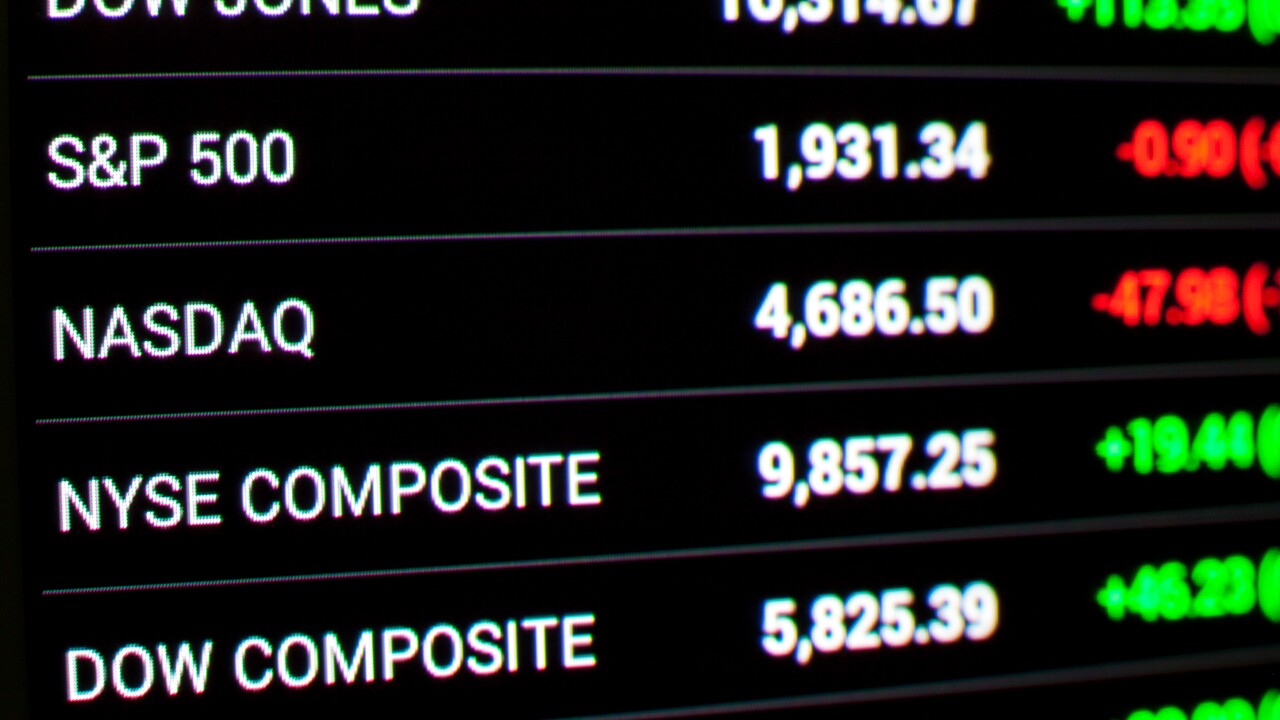 The Dow and US stocks fell Friday after the United States killed a top Iranian commander at a Baghdad airport.

The military strike concerned investors about the potential for a major escalation in Middle East tensions.

The Dow closed down 235 points, or 0.8%. The S&P 500 ended 0.7% lower, and the Nasdaq Composite dropped 0.8%. All three indexes started the trading day even lower but bounced back slightly. It still was their worst day in a month.

US oil futures jumped some 4% earlier in the day, and settled up 3.1% at $63.05 a barrel, marking their highest level since April.

Oil prices last soared in September, when Iran attacked Saudi Arabia’s oil production facilities. Iran denied responsibility for that strike. Stocks fell then as well, but not to the same extent as Friday.

Oil also occasionally soared last year during times of tension in the Strait of Hormuz, when a number oil ships in that crucial Middle East channel were attacked.

If the attack sets off a prolonged rise in tensions between the United States and Iran, oil prices could continue to rise, and markets could remain unstable for some time.

President Donald Trump tweeted “Iran never won a war, but never lost a negotiation.” Trump walked away from his predecessor’s Iran Nuclear Deal, but the tweet suggests he wants to get Teheran back to the negotiating table.

In a short statement in the afternoon, Trump said the United States took action to stop a war, not to start one.

“Both Iran and the US have shown a reluctance in the past to embark on outright conflict, but this does not preclude a period of heightened tensions and elevated oil prices,” wrote Caroline Bain, chief commodities economist at Capital Economics.

Oil prices were already on an upswing before the escalation, Bain added, and she noted oil supplies might not be affected by the conflict, because Iranian oil exports are already curtailed thanks to US sanctions. Yet if tensions rise, the conflict could spill over to other regions.

“Given the scope for tension to persist in the Strait of Hormuz, a protracted period of higher oil prices has to be a risk,” said Kit Juckes of Societe Generale in a note to investors.

Higher oil prices would eventually reach consumers at the pump, hurting the American economy, which relies heavily on consumer spending. A hit to American wallets could spell a bad start to the year.

Safe haven currencies, which tend to spike during times of trouble, climbed higher. The US dollar was up and the Japanese yen soared to its best level since November against its US rival.

Gold prices settled 1.6% higher at a four-week high, due to the same dynamic of investors putting their money into safe assets.

Treasuries edged slightly higher Friday. When prices rise, yields fall: the 10-year US bond yield fell below 1.80%, down from 1.92% from the previous day.

A worse-than-expected manufacturing report didn’t help the market sentiment and minutes from the Federal Reserve’s December meeting didn’t change things either. The central banks said interest rates were going to be on hold to ensure the continued economic expansion, but noted the on-going risks from trade tensions.

Qasem Soleimani, commander of the Quds Force of Iran’s Islamic Revolutionary Guards Corps, was killed in the strike at Baghdad International Airport. The Pentagon said that Soleimani was “actively developing plans to attack American diplomats and service members” and that the strike was aimed at “deterring future Iranian attack plans.” Iranian President Hassan Rouhani said in a statement that his country would take revenge for the killing of Soleimani.

The Middle East is home to major oil producing countries and key energy supply routes. The killing of an Iranian general could disrupt business and trade with crucial partners in the region.

At least for now, the attack has undone the positive sentiment that fueled the US stock market over the past several months. Markets kicked off 2020 with a bang Thursday, when the Dow rose more than 300 points. Stocks soared last year: the S&P 500 was up nearly 29%, its best performance since 2013, fueled by the Federal Reserve’s rate cuts and hope that the United States could resolve its trade war with China.