Redskins don’t walk, but rather ‘Ron’ into their 2020 reboot 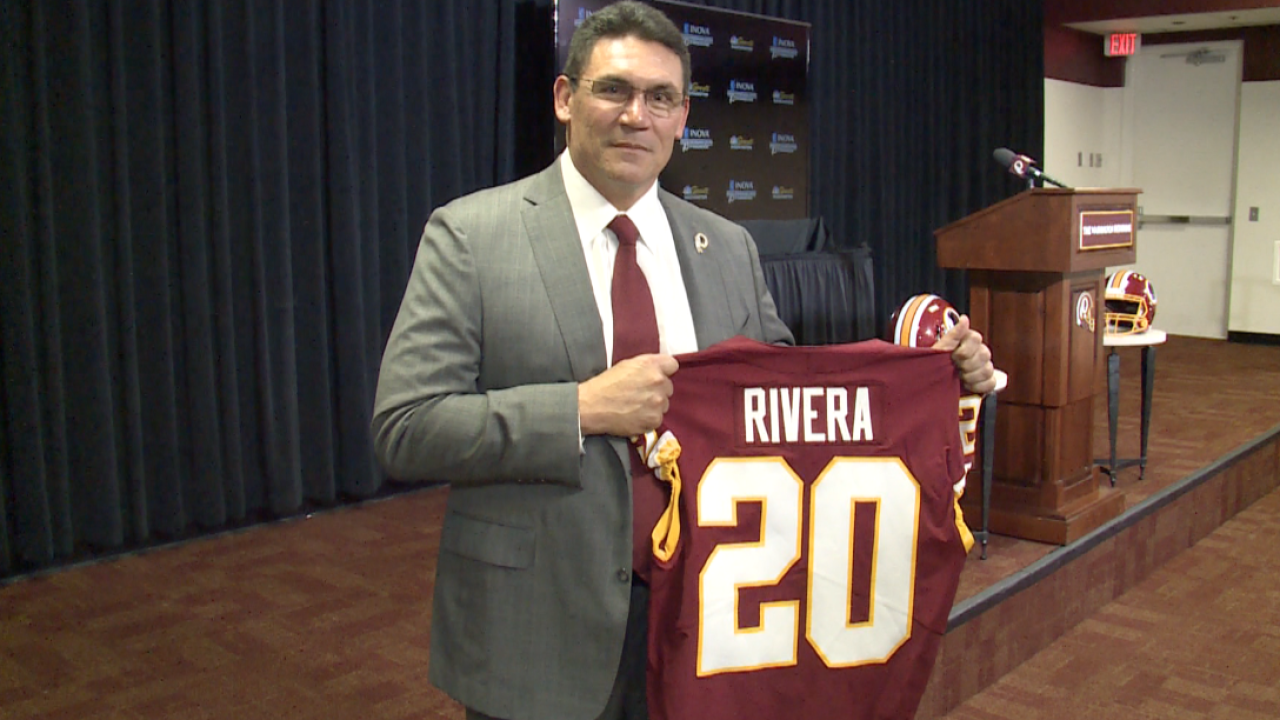 "I’m ready to go back to work," Rivera told reporters Thursday. "I really am. I got tired of getting up and having to do dishes so. I’m serious too, you guys think I’m kidding."

Rivera was fired by the Carolina Panthers December 3rd, 12 games into his ninth season. Within days of his dismissal, Redskins owner Dan Snyder had connected with the two-time NFL Coach of the Year to gauge his interest in the 'Skins vacancy. As the team was losing games en route to matching its most losses in any single season in the 88 years of the franchise, Washington was gaining ground with its future head coach.

"We talked the first day for about 40 minutes and the second day for about 20 then I went and I got a bunch of tape," Rivera recalled. "I’ve seen about six games these guys played, including the one when I was at Carolina that they beat us in, and I had an opportunity to take a real good look at this team and I’ve got write ups on every player that played in those six games and that’s part of the reason why I chose this team because I did like what I saw."

Players like Jonathan Allen and Adrian Peterson liked what they saw, too. They were among the handful of current players in attendance for Rivera's introductory press conference.

"Obviously the coach is the head of what's going on," Peterson noted. "He leads the group of men. If the head isn't right, then the body isn't going to be right."

"I'm excited," Allen added. "I'm not really putting expectations on anything, I'm just upholding my standards and doing everything I can to help this team win."

Rivera has won three division titles as a head coach - along with a conference championship. However, his lone Super Bowl title in 34 years in the NFL was as a player in 1985. Rivera is ready to reach the pinnacle again.

"My main goal is to build a consistent winner and to win a Super Bowl," Rivera stated. "I know somebody said you shouldn’t say that. Well, I’m going to say it because I’m going to put it out there. The only reason you become a head coach in this league, in my opinion, is to win. That’s it, that’s the bottom line. If you do it for any other reason, you’re wrong. That’s what I want to do and I really do."

Because doing that is much better than doing the dishes.