VIRGINIA BEACH, Va. - The Virginia Beach Police Department is working a homicide investigation in the 5600 block of Summit Arch.

According to police, the call came in at 11:27 a.m. for a gunshot wound. They responded to Summit Arch, located in the Bayside neighborhood area, and found 19-year-old Davion Bernard Bush, dead on the scene.

On January 7, police said that another arrest was made in connection to this homicide. 20-year-old Mickey Koji Saiheir Walker ​was arrested and charged with sale, distribute marijuana, possession of schedule I or II drug, possession of a firearm while in possession of drugs.

No other details are available, and this is a developing story. 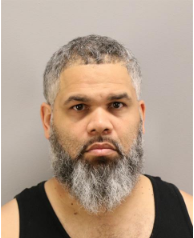