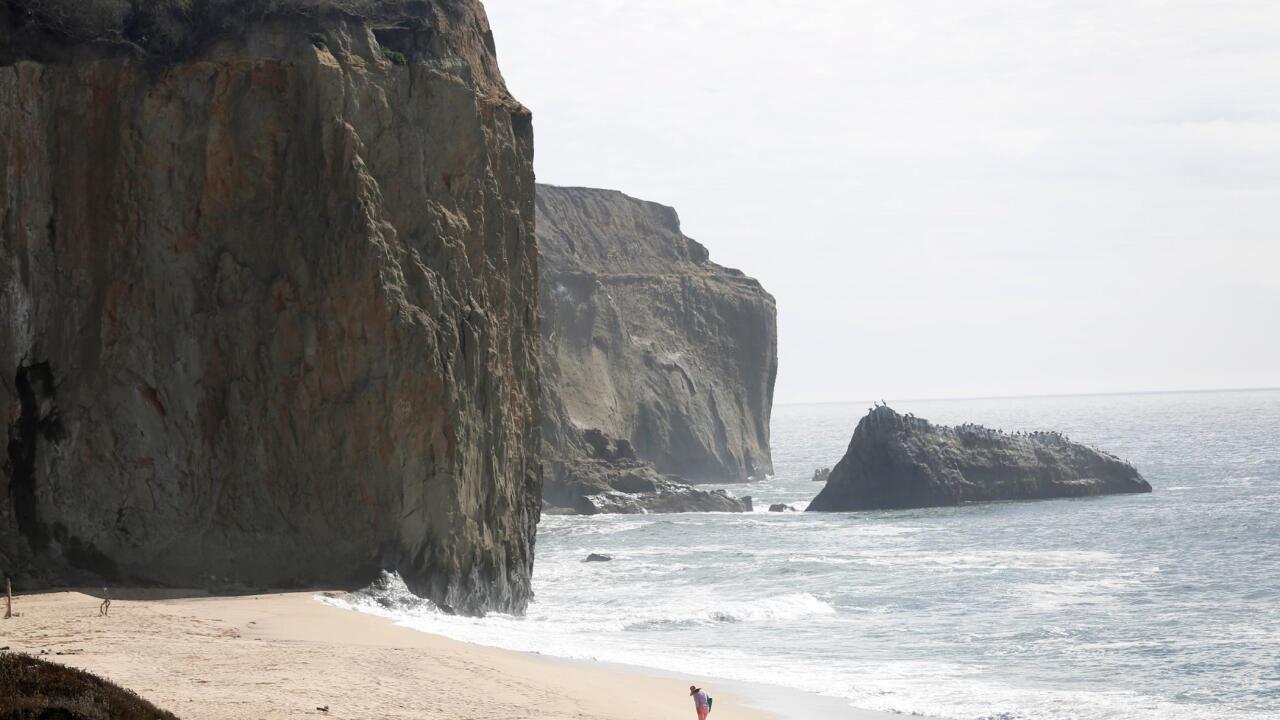 Martin’s Beach has been at the heart of a number of legal challenges over whether the public has a right to access California’s coastlines.

For nearly a century, people flocked to Martin’s Beach, a picturesque stretch of sand just south of Half Moon Bay in the San Francisco Bay Area, to swim, surf and dig their toes into the sand.

Then in 2008, Silicon Valley billionaire Vinod Khosla, through two limited liability companies, bought two large pieces of land next to the popular beach, which happened to contain the only viable public path to the shore.

For more than a decade, Khosla has fought numerous legal battles to keep the public off the beach — and has shown no signs of giving in.

Now the state of California is the latest player to take on the venture capitalist, in a challenge that could set a precedent for whether the public is entitled to have access to the state’s coastline.

“This case goes to the heart of California’s public access mandate,” California Coastal Commission Chair Steve Padilla said in a statement. “We cannot allow this to be chipped away each time someone purchases beachfront property — it’s a dangerous precedent for the future of public access in California.”

California argues in the lawsuit that because the public has used Martin’s Beach since at least the early 1900s, they have the right to access it under a doctrine called implied dedication.

Martin’s Beach has been at the heart of a number of legal challenges over whether the public has a right to access California’s coastlines.

The state’s constitution mandates that the public be allowed to access all coastal beaches below the mean high tide line. The California Coastal Act of 1976 builds on this, requiring that the state “maximize public access” to coastal areas while staying consistent with the “constitutionally protected rights of private property owners.”

The lawsuit alleges that Khosla closed the gate to Martin’s Beach and has largely blocked public access to it, arguing that unless ordered otherwise by a court, he will “continue to deny, impair and obstruct the public’s right to use” the beach.

Dori Yob Kilmer, an attorney for Khosla, said in a statement to CNN that the property is private and the state’s claims “have been extensively litigated and repeatedly rejected by the courts” in a previous lawsuit.

“Since the property was purchased by our client, the state, and small activist groups, have endeavored to seize our client’s private property without compensation,” Kilmer wrote.

“While such tactics are commonplace in communist systems, they have never been tolerated in the American system where the US Constitution precludes the government from simply taking private property and giving it to the public.”

Khosla, who co-founded the technology company Sun Microsystems, bought the property encompassing Martin’s Beach from a local family who had owned it since the early 1900s. The previous owners charged a fee to park at the beach, but the public was otherwise able to access the coastline for free.

Khosla sued San Mateo County in 2009 through his LLC companies after it warned that they would need to continue providing public access to the beach, but a judge ultimately ruled in favor of the county.

Since Khosla’s property managers eventually closed the gate and cut off access to the beach, a number of organizations have filed lawsuits challenging the move.

In 2018, the US Supreme Court declined to take up Khosla’s appeal to keep Martin’s Beach to himself. Khosla had contested a ruling by a California appeals court, which had sided with the non-profit group Surfrider Foundation in arguing that he needed a permit from the California Coastal Commission to restrict public access to the beach.

But just two months ago, an appeals court in San Mateo County sided with Khosla on a legal challenge brought on by a group called Friends of Martins Beach, ruling that there was not enough evidence to show that the property’s previous owners had dedicated the beach for the public’s use.