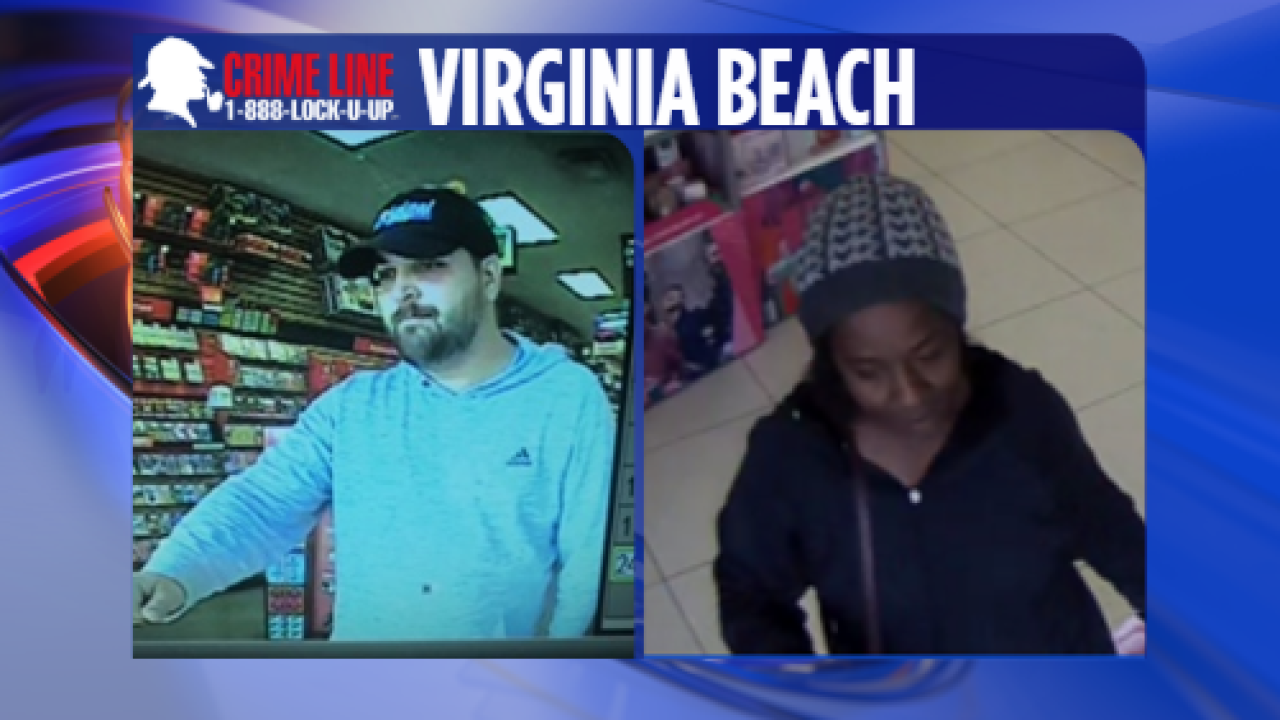 According to police, on Nov. 24, 2019, the victim left a credit card at Cracker Barrel.

About an hour later that person learned that $1,500 had been spent on the card at various stores in Virginia Beach.

Police say the two people seen in the surveillance images would alternate who would go into stores to make purchases.

If you know who they are, you can anonymously report your tip to Crime Line.